Tigers winless after three, fall by a combined 21 – 3. 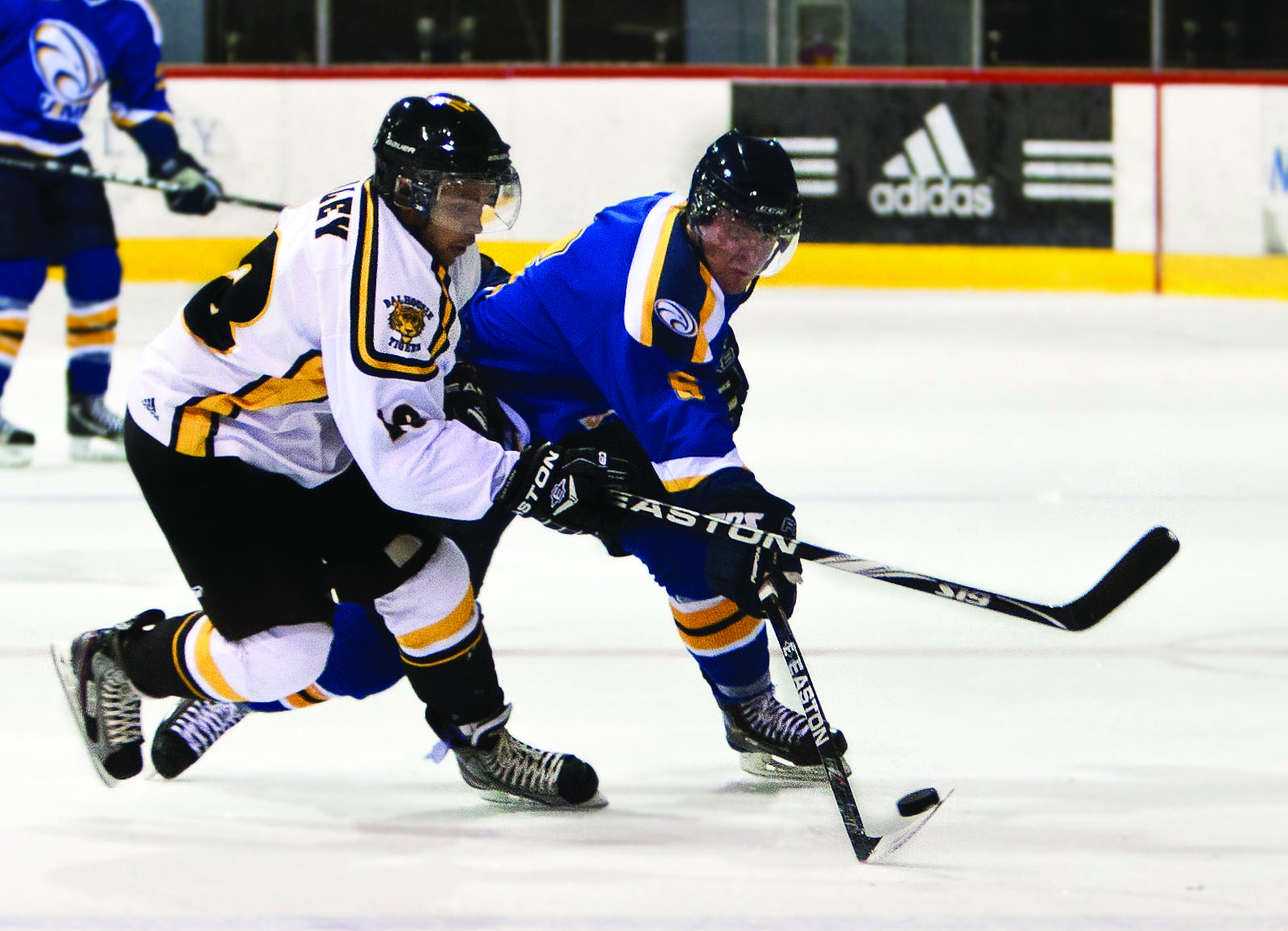 It has been a disappointing start for the Dalhousie Tigers men’s hockey team this year, which suffered their third consecutive exhibition loss this past Saturday night at Memorial Arena. Dal forwards Patrick Daley and Benoit Gervais each scored in the Tigers 5 – 2 losing effort to Moncton.

The defeat comes after Dal was decimated in two road contests earlier in the week. They fell to the reigning champion UNB Varsity Reds 8 – 0 and then the St. FX X-Men continued the drubbing with an 8 – 1 win.

“We are a bit older than we were last year,” said staring goalie Bobby Nadeau. “On paper we are a little bit better than last year but we will have to show it on the ice. Although, I think it’s a little too early to push the panic button.”

What started as an evenly matched game turned into a lacklustre effort for the Tigers, who played catch-up and committed turnovers throughout the game, allowing Moncton to capitalize on their scoring chances.

Aigles Bleus centre Eric Faille scored the opener on the power-play about three minutes into the second period. The Tigers responded with a goal of their own shortly after when a weak shot trickled past Moncton’s netminder. Less than a minute later, Moncton regained the lead on a goal by forward Marc-Andre Cote.

Before the period ended, Moncton would add another tally, making it a 3 – 1 game heading into third. The Tigers returned from the break frustrated, taking numerous penalties that ended any hopes they had of a late rally.

“We made some turnovers and they scored on them,” said Nadeau. “We also couldn’t score on our own opportunities. It’s all about working on our offensive game and making sure we keep the puck out of trouble in our own zone.”

Much of the third frame was the same story, which saw Moncton add two more goals. Faille’s second goal of the night was a shorthanded one, which put his team up by four. The lone bright spot of the third period for the home side came when Gervais scored a last-minute goal to close the gap to 5 – 2.

The men’s hockey team closes their preseason schedule on the road this weekend. Moncton is the site on Friday, Sept. 30 and the faceoff is at UPEI Saturday, Oct. 1. The regular season opener is Oct. 14 at Memorial Arena.