Recruiting for the future 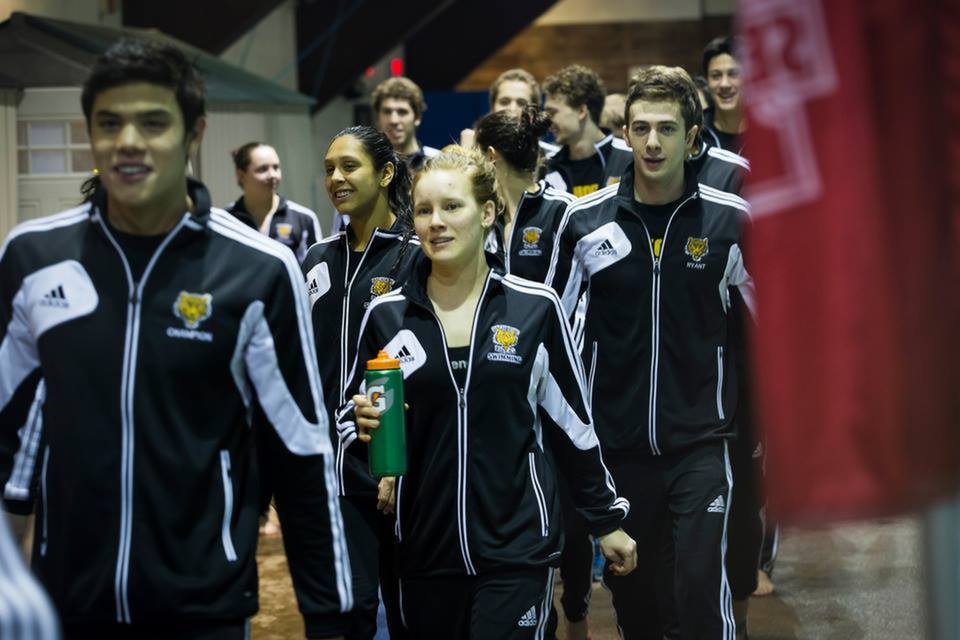 A strong Dalhousie swim team hopes to get even stronger in the years ahead. (Photo by Dustin Silvey)

The spectator’s cheers echo throughout the pool. A whistle tweets as bodies bound off of the starting block. The crisp, turquoise water is pushed to the side with each stroke made by the rippling muscles of the swimmers.

The black and gold-capped swimmer takes off, leaving the rest behind in his wake. His hand stretches out, reaching for the edge of the pool. He touches first.

This is the feeling that the male swimmers at Dalhousie University have felt for 16 consecutive years—13 for their female counterparts. The Atlantic University Sport (AUS) championships have always been a stepping stone to the nationals for Dalhousie swimmers, consistently the strongest in their conference.

Perhaps this is why we might be seeing some change.

“Over the last few years the other teams in the AUS have taken tremendous steps forward,” said fifth-year swimmer and Olympian David Sharpe.

One example of this is Acadia University, which recently signed a top female recruit out of Nova Scotia, Rebecca MacPherson, for the upcoming year.

“Over the next few years championships may not come as easily to Dalhousie,” said Sharpe, “not because of a weakening program but because of a strengthening conference.”

Dalhousie swim coach Lance Cansdale is not afraid of the challenge. He believes that recruiting a “quality athlete” is the most important step to becoming nationally established team.

“What we are having issues with is making sure that our program can compete as far as trying to attract the quality athlete that we want to get,” he says, referring to an athlete who is both athletically and academically sound, and who will also be a national contender.

They have the “hometown kids” at Dal—now they need out of province athletes who can be developed.

Cansdale has tried to go after higher-level recruits, but the type he wants can usually get a better opportunity in the form of a full scholarship in the United States or in a top-five CIS program.

Dal is considered a small school in the grand scheme of universities and training centers in the swim world. It doesn’t get the athletic support needed for athletic programs to get to the next step.

So, Cansdale is going to try and use the tools he has to his advantage, including the campus’ aesthetic appeal, rustic stone buildings and athletes who have high academic aspirations.

The complications don’t stop there. Because the men’s swim team is going to be losing top athletes, including Sharpe, next year as well, the pressure to recruit is substantial.

“Championships are won not with individuals, but they are won with depth,” says Cansdale, referring to his strategy for success. “You can have three or four stars but what you need is to have 12 really good athletes to win a conference championship.”

He doesn’t have a single commitment yet. There has been a lot of interest, but not from the type of athlete Cansdale is trying to attract.

Cansdale feels confident he has the ability to do what needs to be done. His current athletes also have faith in his vision for the future.

Regardless of all the hurdles the Dal swim team has to face, they’re not worried about losing the AUS championship anytime soon. In fact, they’re working even harder to become the best in Canada.

Raeesa Lalani is a member of the Dal Tigers women’s volleyball team.