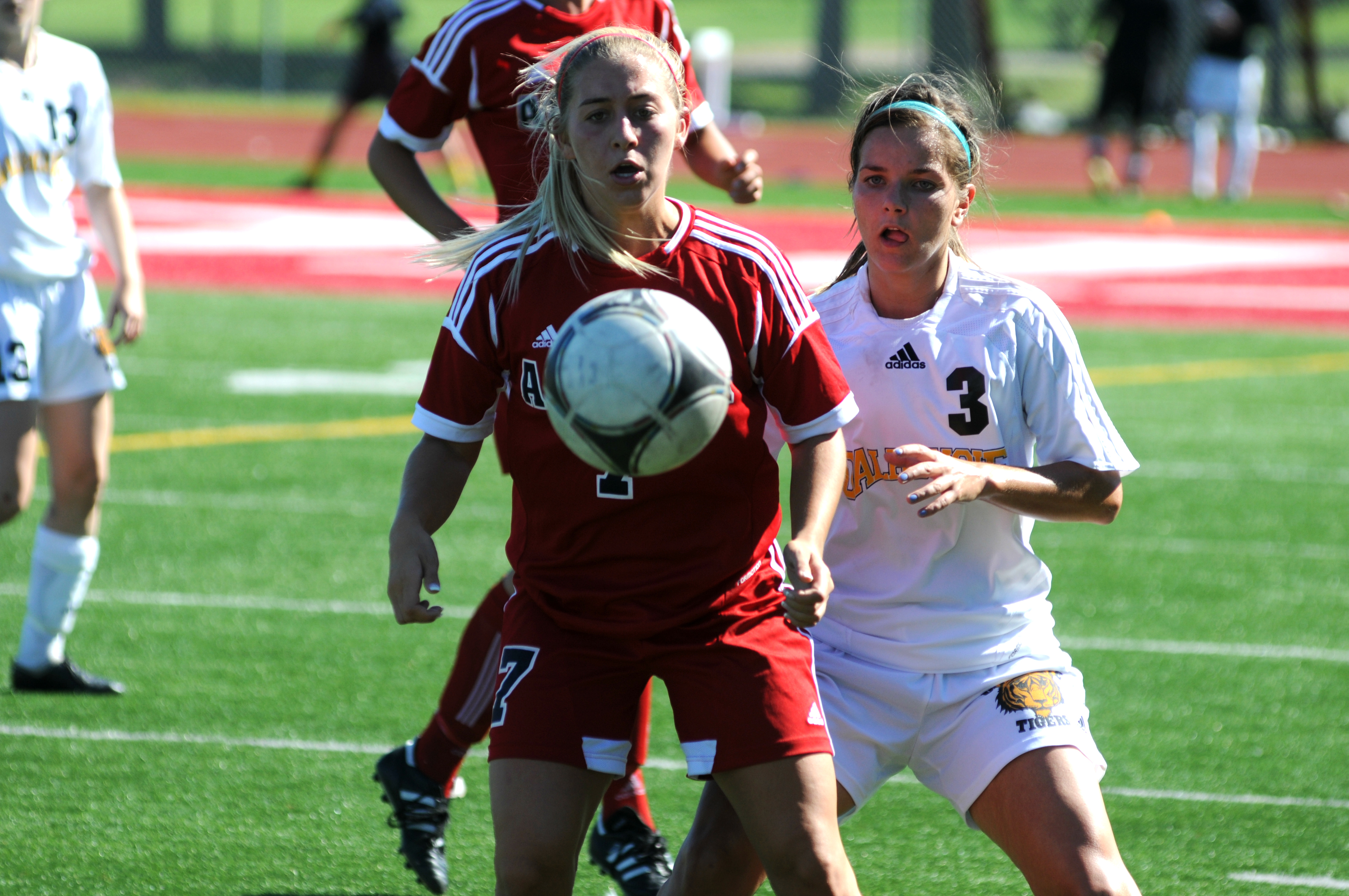 The Dalhousie Tigers women’s soccer team failed to make it three in a row at the Atlantic University Sport (AUS) championships in Moncton.

In a tough semifinal matchup with Acadia on Nov. 2, the Tigers failed to make their chances count and were eliminated after a goal by Meghan Earle in the first half of extra time.

With the Tigers vying for a third straight AUS banner hopes were high heading into the weekend, but the underdog Axewomen started the game strong and created trouble for the defending champions for the full 90 minutes, plus 30 minutes of extra time.

Early on in the game the Axewomen’s Talisa Silzer caused havoc down the right side of the field, opening up the game and creating a number of scoring chances in the opening stages of the match. Silzer linked up with Meghan Earle early on and they were unlucky not to open the scoring, thwarted by some last ditch defending by the Tigers.

Scoreless at the half way mark, it was Acadia who would finally break through in the 57th minute. Kathleen Ross, on as a substitute at half, smashed in a free-kick from 35 yards out and after a healthy deflection off the wall, the ball ended up in the back of the net for a 1-0 Acadia lead.

The goal was deserved as the Axewomen enjoyed long periods of pressure throughout the game, but it looked to finally awaken the Tigers.

After a brief injury stoppage, a tactical change saw the Tigers move into a more offensive formation, sitting with just three defenders at the back, and the change created the positive ball movement the team had been lacking.

A ball in from Joanna Blodgett was controlled well by forward Eunnie Kim, who back heeled a pass right onto the foot of Victoria Parkinson. Parkinson finished the play with an emphatic strike into the far corner of the net, bringing the Tigers level with 10 minutes to play.

Regulation ended with the score still tied at one, sending the Tigers and Axewomen into extra time. Acadia came out brighter in the extra 30 minutes and finally found a breakthrough, with Meghan Earle finding space behind the Tigers defender and chipping over keeper Taryn McKenna.

Earle’s goal would prove the difference, with Dal unable to test the Acadia back line, sending the Tigers home and ending their reign as champions.

In the finals on Nov. 3, the Cape Breton Capers secured their 7th Championship Banner in 11 years with a 3 – 0 win over the Axewomen. AUS MVP Karolyn Blain scored twice in the win. The Capers will represent the AUS at the Canada Interuniversity Sport (CIS) finals from Nov. 7-10 in Toronto.