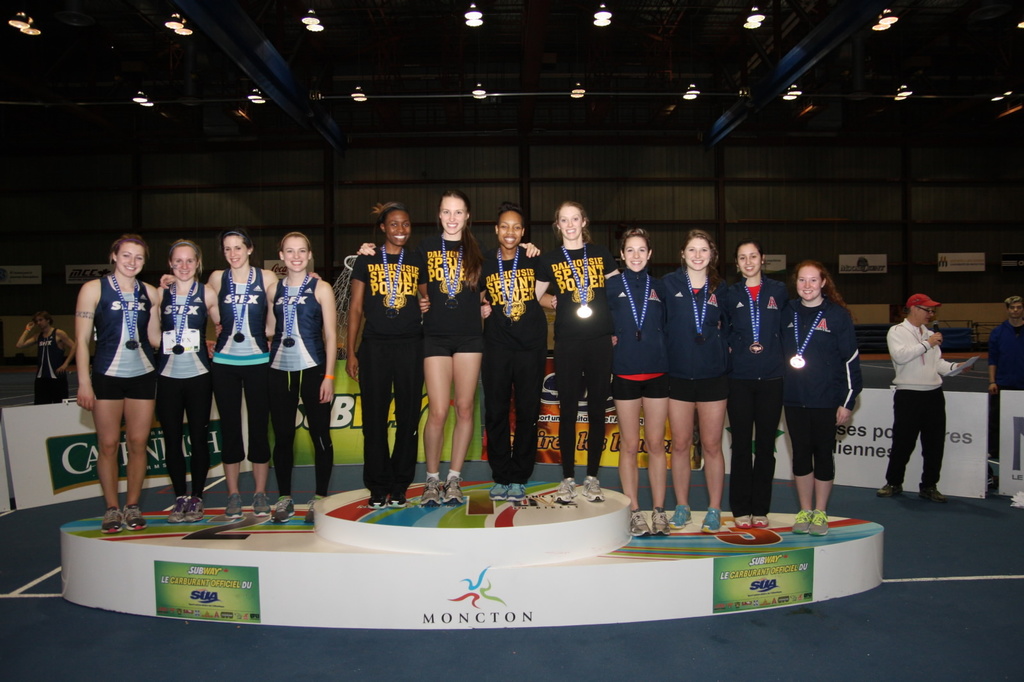 When winning the conference banner is seen as a virtual guarantee, Dalhousie’s track and field program needs a different measure of success.

For Tigers coach Rich Lehman, winning their 24th women’s title in a row and 12th consecutive men’s crown is not good enough. He wants his team to dominate.

“If we go to an AUS championship and we’re not basically rewriting the record book every year, then it’s maybe not what it could have been,” says the first-year head coach.

“Using that barometer, I’d say we had a pretty good weekend.”

As expected, Dal handily finished at the top of the team standings Feb. 23-24 in Moncton, but it was in the individual events where the black and gold showed their mettle.

Dal’s graduating core were among the university’s best performers. Rob McCulloch once again broke the AUS record in the five-event pentathlon, as he has in each subsequent year after shattering the record in 2009, his rookie year.

Elizabeth MacDonald also broke her own league record with a weight throw of 17.07 metres and Simon Watts put up impressive numbers, earning gold in the triple jump, long jump and high jump.

In the country, McCulloch is slotted fourth in the pentathlon and high jump while MacDonald is ranked fourth in the weight throw. Watts may expect his best performance in the triple jump where he’s listed in third.

MacDonald, the self-described “defending ninth-place champion,” hopes to improve upon her three previous results at nationals.

“Although my distances have been much better—just ninth,” she smiled. “I’m going to break that this time.”

Lehman has high hopes for the Oromocto, N.B. native.

“I know she wouldn’t answer the question point-blank but I do think she’s poised for a medal.”

Watts will represent the Tigers at nationals in all three of his events, where he is pleased to lift off with several ‘flight crew’ members. From Dal’s jumps team, coach Kevin Bourgeois is sending an astounding seven of his 13 athletes to nationals.

“I’m not sure if that’s ever happened before,” says Watts. “It’s a really hard working group of guys. They put the time and effort in and we’re seeing the results.”

Dal took home hardware in three field events last March at nationals. Watts became the first Tiger to ever win a gold medal in the triple jump and McCulloch earned bronze in the pentathlon and high jump.

Posted in Sports, Track and Field
Tweet
Tweets by @DalGazette