The Dalhousie women’s hockey team has punched their ticket to the playoffs with a 6-1 rout over the first place St. FX X-Women.

But it didn’t come easy. On Feb. 6, the Tigers faced off against their bitter rivals, the Saint Mary’s Huskies. The back and forth game saw the Tigers down by two goals three times in the contest. They clawed their way back to a 5-5 tie midway through the third, but could not match the offensive output of the Huskies and fell 6-5.

Dal went down 2-0 quickly in the first period. Head coach Sean Fraser called an early timeout in an attempt to focus the team after Jennifer Thompson took a hard hit into the corner boards. On the ensuing man advantage, Victoria MacIntosh buried the rebound off Lisa MacLean’s shot to cut the lead in half. 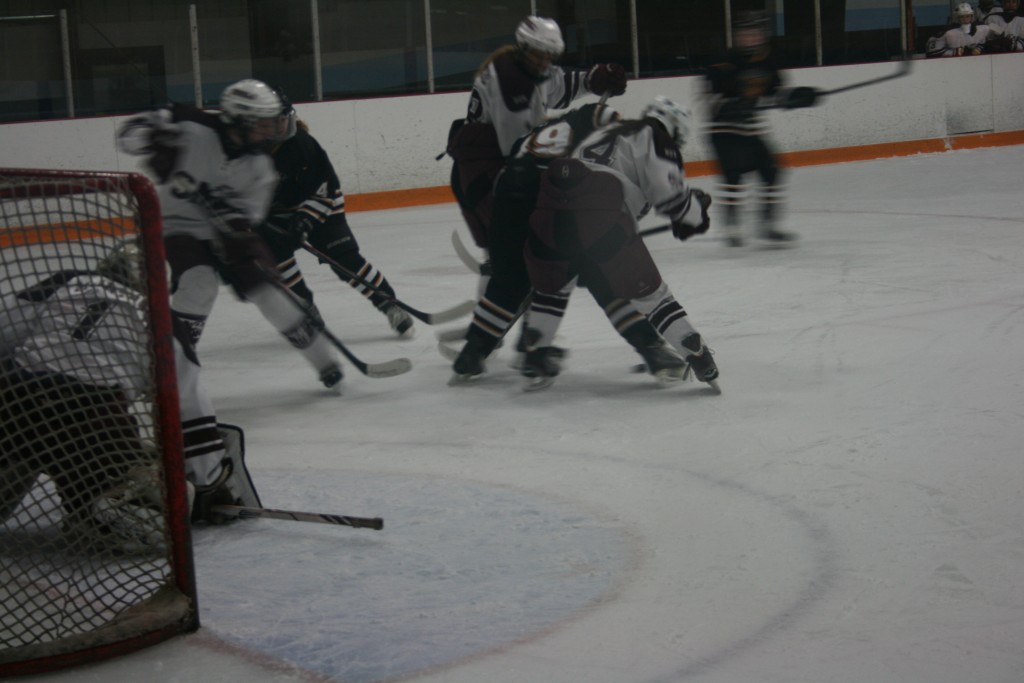 The teams went back and forth, trading goals throughout the second and third. A short-handed breakaway goal by Saint Mary’s forward Caitlyn Schell with 41 seconds remaining in the second frame put the Huskies up 4-2.

A hat trick that included the game-winning goal by Saint Mary’s rookie Mary Worndl was more than Dal could handle. Despite playing a strong offensive game, they dropped the crucial contest.

“All we can do is put it behind us and do all the right things in preparation for tomorrow’s game,” said team captain Joleen MacInnis.

And that’s exactly what they did. The Tigers rolled over the CIS seventh-ranked and AUS best St. FX X-Women at the Halifax Forum the next day. It was the first time Dal beat St. FX in six years.

Marita Alfieri added two goals to her season total of eight, one of which came shorthanded midway through the second period. Morgen Kidney and MacIntosh both added power play goals of their own.

The Tigers also shut down all six of St. FX’s power play attempts in the game.

Tigers’ netminder Jessica Severeyns stopped all but one of the 39 shots she faced in the game. St. FX’s Sarah Bujold beat Severeyns in the third to spoil her shutout bid.

But that was all the offense the X-Women could muster as the Tigers cruised to a much-needed victory.
The win guarantees the Tigers an appearance in the postseason – something MacInnis says the team is ecstatic about.

The Tigers will finish off the regular season Feb. 11 with a tilt against the last-place Mount Allison Mounties. If Dal wins, they will face the fourth-ranked St. Thomas Tommies. If not, they’ll take on the Huskies in a best-of- three series.

This article was written before the Tigers game against the Mount Allison Mounties on Feb. 11.