Women’s hockey is back at UNB

The University of New Brunswick (UNB) Reds women’s hockey team is making a comeback to Atlantic University Sports (AUS) after a ten-year absence.

The hockey team is back after a seven-year legal battle that resulted in the school being ordered to bring back the program by the New Brunswick Labour and Employment board in 2016. The board found that former player, Sylvia Bryson had proved discrimination against the school for cutting the women’s team. The school said it was for budget reasons however, the board found inconsistencies in that claim.

Head Coach Sarah Hilworth intends to bring the program back to its’ feet and start a new culture.

“We have been out of the AUS for ten years, but what happened in the past has to stay in the past because we want to start a winning culture and build the program for years to come,” says Hilworth. 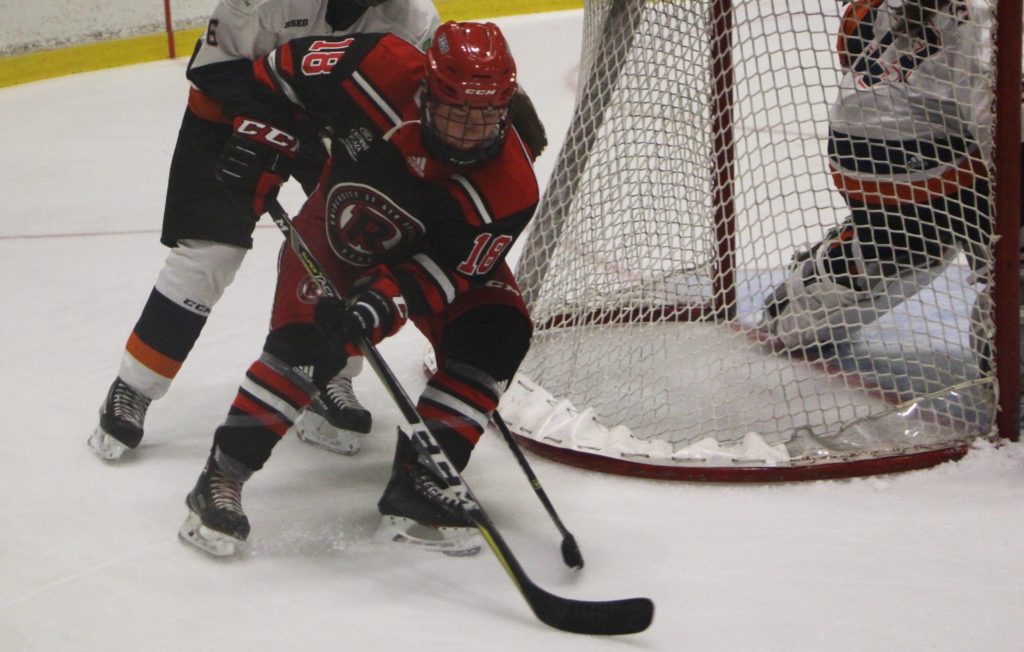 The Reds won 3-2 in the pre-season game against Rimouski. Photo by Andy Campbell/UNB Athletics.

Hillworth’s set short term and long term goals for the team; she expects them to make the playoffs this year.

“AUS is a strong conference, but our goal is to become the best and create a legacy that will last for years to come. Our goal is to bring the U-Sports Women’s Hockey Championship to AUS,” says Hilworth.

AUS women’s hockey programs have yet to win a national championship.

“As someone who won a national championship previously, I immediately want to establish a winning mentality for my players,” says Hilworth.

A winning culture is crucial to the building of a hockey program. Players want to go to winning teams, so in order to attract strong players, UNB will have to show they have a winning mentality.

This team is young with 18 first-year players. Inexperience might be a disadvantage. However, the team has time to develop and grow together.

“Over five years, our team will become more mature, more experienced and better. With hard practices, high pace on the ice and competitive environment, we have a chance to become a great team over the years,” says Hilworth.

The Reds open up their season on Oct. 13th against Mount Allison University. A day later, the Fredericton rivalry will reset between St. Thomas University and UNB.

“It will be a game to watch and the game everyone wants to play. It will create an atmosphere in the city like nothing else. It will be a great game,” says Hilworth.

The game will be the first time this rivalry will be reignited in hockey since 2016. The men’s hockey teams used to play against each other until St. Thomas folded after the end of the 2015-2016 season.

The AUS women’s hockey conference is competitive, only two teams had a losing record last year. UNB will need to be prepared to face good teams on a nightly basis.

“My assistants and I prepare our players for hard fought battles physically and mentally. We are aware of the tension and we expect every opponent to be competitive and well prepared as well,” says Hilworth. 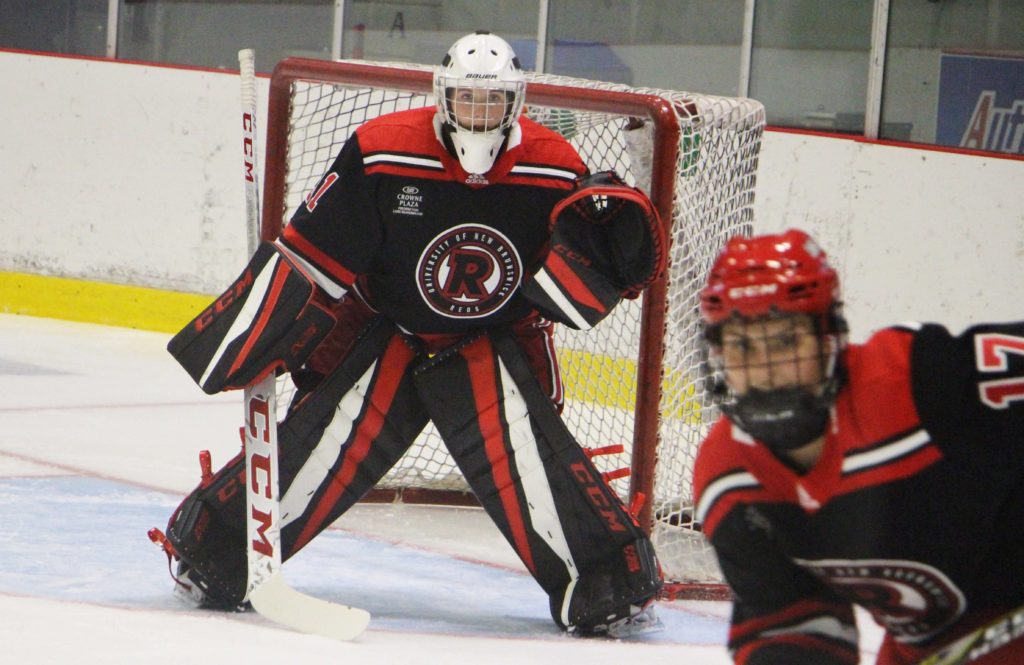 Although the majority of the team are new players, they’re ready to work hard and improve. Photo by Andy Campbell/UNB Athletics.