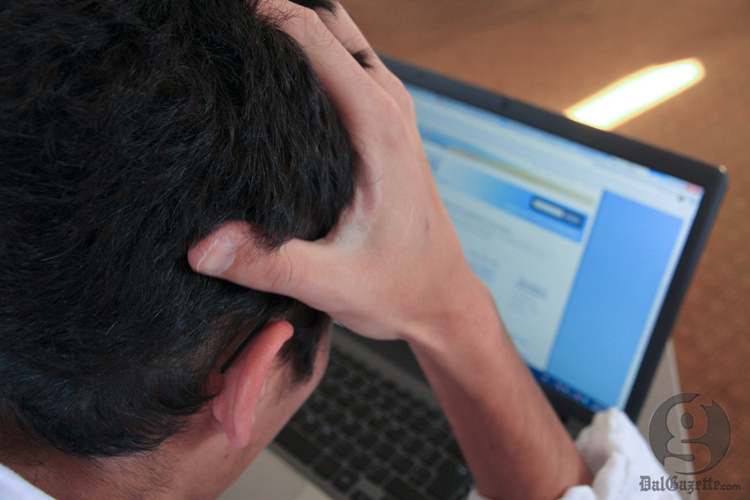 In for a challenge? These classes will get you. (Bryn Karcha photo)

University classes are often a big step up from high school. But some classes are more difficult—and often more rewarding—than others. The Gazette asked our Twitter followers to submit their nominations for hardest courses: here are four particularly brutal classes.

Calculus is taught in a number of 1000 level courses, and they all have well-deserved reputations for difficulty. But those intro courses are just pretenders: ‘The Calculus’ is the real-deal. While anyone can register for the small class, it’s tailored for mathematics and physics honours students. Good luck, guys!

“Introduction to the History of Science” – HSTC 1200

Taught at King’s, this course serves as an example of a common problem: negative

feedback loops. Many sign up for this class because it appears to be an easy science credit for arts students. This is a bad strategy. If you’re not interested in the material, you’re unlikely to put the time required to do well—and if you do poorly, you’re less interested in the course. In general, it’s a terrible idea to take a course just because it seems like an easy way to check a box on your transcript: take courses that interest you!

I will let one of our Twitter followers, Nicole Croizer, take this one: “COMM1010,

hands down. The material was pretty easy, but they expected you to know SO MUCH. (And as a non-commerce student, admitting that is pretty difficult!)”

Language courses are difficult for many students—and even if you’re confident in your abilities, they take up an ungodly amount of time. If you’ve had difficulty in the past, consider taking a summer course (such as the fantastic summer Latin class at Dal), or a programme such as foreign exchange or Explore. Rather than being spread out over seven months, languages are probably best learnt in immersive or intensive situations.