A story about a movie about a story 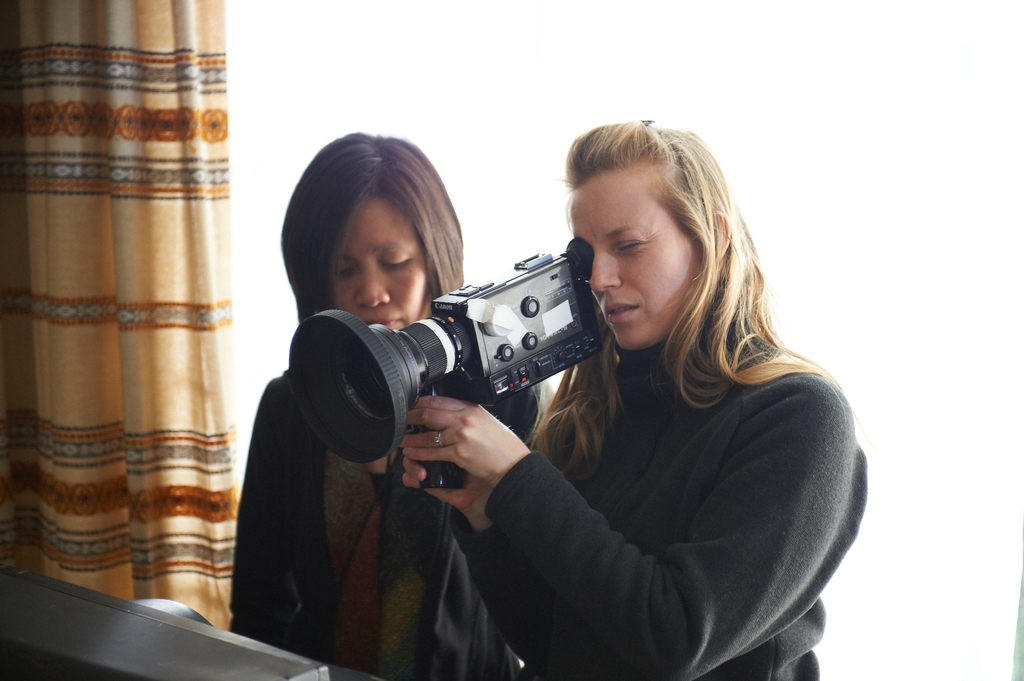 Polley behind the camera (Photo supplied)

When I was a kid we’d tramp on over to my grandparent’s place every Sunday to watch Road to Avonlea—a tradition as cheesy as the programme itself, I know. Sometimes we’d stay late to watch the Disney movie after but usually I’d be asleep by then, thumb in mouth, dreams of P.E.I. and Sarah Stanley swirling in my head.

Sarah Polley played the role of the girl I thought was so cool when I was a kid (Sarah Stanley—I have to remember not everyone knows the show). I have a non-logical, nostalgic attachment to Polley. She reminds me of my grandma, Cheez Whiz and naps under the chesterfield. I am biased and my nostalgia led me to watch and review Polley’s new film, Stories We Tell.

Only a family in the film business would sort their dirty laundry on-screen. Stories We Tell is a story about a documentary about the stories the Polley family and friends remember about Polley’s mother, Diane MacMillan. Or, at least, that’s how I saw it.

Polley is searching for truth in the film. Everyone’s life is a story, and, like the Margaret Atwood quote that the beginning of the film alludes to, the in-between moments are the ones that end up mythologized. Truth depends on everyone who is involved in a story’s recollection of the accumulation of in-between moments.

Truth contradicts itself. One of MacMillan’s friends remembers her as a woman without guile; she couldn’t keep a secret because she was too open. Her other friend recalls MacMillan as a woman who kept secrets. Neither woman is lying; their recollections mould the memory of MacMillan into a story with features, shadows, crooks and sharp turns.

Megan Deuling was Assistant Arts Editor of the Gazette for Volume 145.