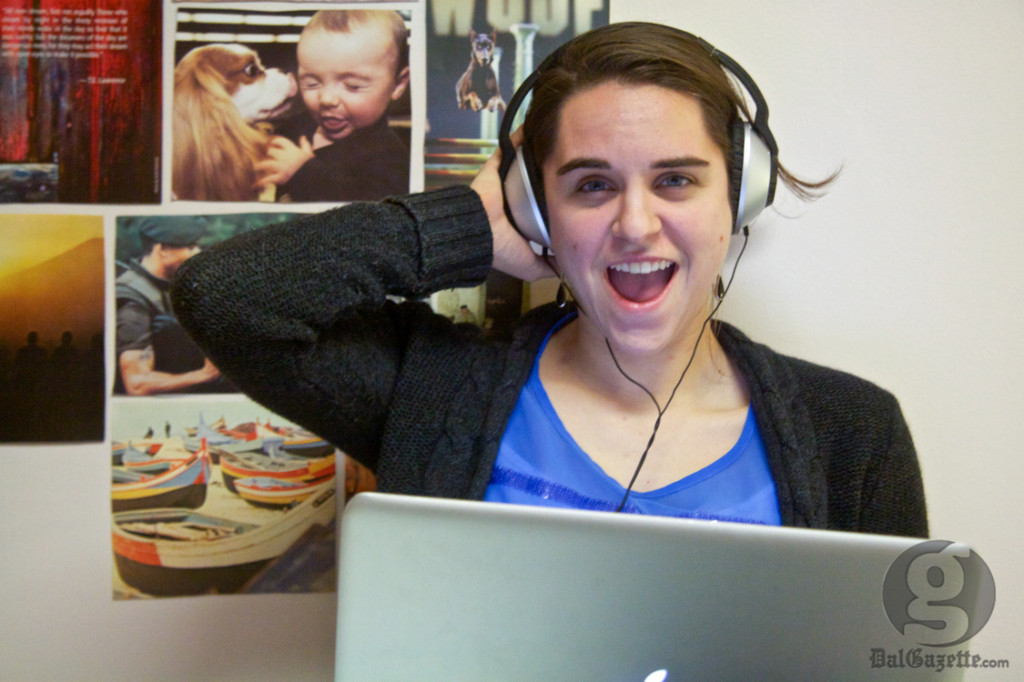 “This is better than Darude!” (Adele Van Wyk photo)

It’s 2013 and the rate at which we produce and consume music has never been faster or more efficient. Technological game changers come and go, but I don’t want to write about Napster or dancing Korean dudes on YouTube. But the site with all those orange play buttons, SoundCloud, deserves discussion.

Basically, SoundCloud provides pages for anyone to upload, stream, and share their sounds, including songs, podcasts, conversations, field recordings and DJ sets. It’s free to use, but you can pay if you need to upload more than two hours of content. The site has been growing quickly, by 1.5 million users each month.

SoundCloud isn’t the first website to host user generated audio content (remember MySpace?), so what has made it the place for budding musicians and producers to upload their shit? Is it because the site has the buzzword “cloud” in its title? Do people associate the colour orange with good indie music? Probably not.

Well, the site’s content is easy to share and embed, so blogs are more likely to post them. For example, as I’m writing this, a Pitchfork.com-featured SoundCloud stream of Ryan Hemsworth’s latest track, “Basedworld,” is filling my ears.

As someone with a SoundCloud page, I like how the site’s user interface doesn’t take away from the music. There isn’t much room for customization, save for a profile picture. So, the visual style of an artist doesn’t overpower their sonic substance. This puts the their sounds at the forefront for their audience instead of their image. Also, this visual uniformity protects the site from looking like an emo kid’s locker (see: MySpace).

Unlike Facebook pages, a SoundCloud profile doesn’t need a bunch of press photos and status updates to look ‘complete.’ This is great for budding musicians who don’t have extra media to plaster around the Internet. They can actually focus their time on making music. This visual minimalism adds a bit of mystery to an artist, which I welcome in our age of irrelevant tweets and Instagrammed breakfasts.

Instead of having comments below a tune, SoundCloud users can comment right on the song’s timeline, for example, “nice drum solo here.” This allows for constructive criticism and, again, puts the music at the forefront.

Technology allows for songs to be written, recorded, produced, distributed, and consumed over the course of a day. Tracks like these might not have the depth of a 30 track concept album, but they can have cool sounds. A venue like SoundCloud seems to be a great place to spread these sonic ideas and watch them grow.