Second semester is Dal’s for the taking 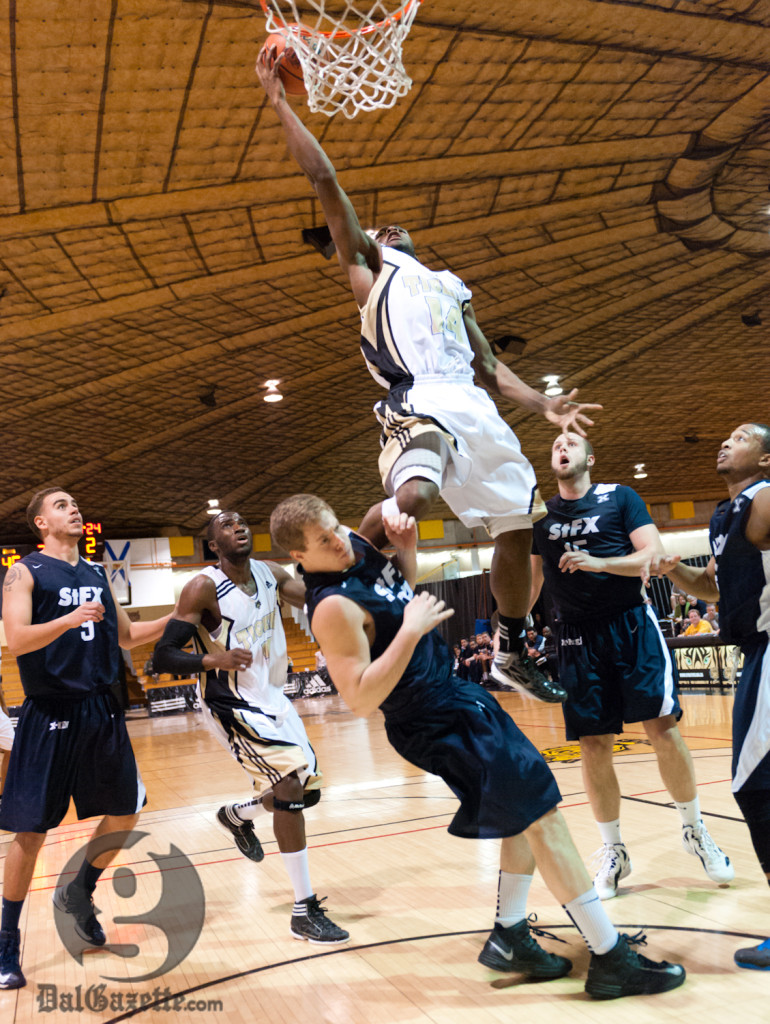 Fresh off their first winning weekend in a decade at the Rod Shoveller Memorial Tournament in late December, the Dalhousie men’s basketball team carried its run of good play into league play. The Tigers outclassed the St. Francis Xavier X-Men 85-59 at the Dalplex on Jan. 5.

Top scorers for the home team, which took charge with an impressive 24-7 run in the second quarter, were rookies Hassan Abdullahi (16 points, three assists) and Kashrell Lawrence (13 points, 11 rebounds). Lawrence was also named player of the game.

The away team was led by fifth-year forward Jeremy Dunn (19 points, six rebounds) and the 17 points of fourth-year guard William Donkoh.

Dal’s regular season record is 3-5, including a one-point loss to UPEI on Dec. 1, the team’s last match before the holiday tournament.

The X-Men, 4-4 on the season, was undoubtedly hurt by the loss of All-Canadian Terry Thomas. Thomas will miss the remainder of the year due to an unspecified academic problem, after sitting out the exhibition season for violating team rules.

Dal is now ranked seventh out of eight AUS teams. The Tigers will look to maintain their level of play in their next match-up; they take on Acadia in away action on Friday, Jan. 11.