Dalhousie University student, Patrick McIntosh can be seen or heard DJing at a variety of events both on and off campus. If you haven’t had the chance to see him at his soundboard, you’re missing out.

Originally from Corner Brook, Newfoundland, he and his family first moved to Nova Scotia thirteen years ago. McIntosh played clarinet and piano as a child; he’s since learned to play the guitar and keyboard. He’s currently at Dal for a Bachelor of Music studying voice, and he sings opera.

All this comes together to make his DJ work unique.

Dal Gazette: How did you get started with DJing?

Patrick McIntosh: It all started with a talent show thing in grade nine. My buddy and I put together a mix of music just for a dance-battle type thing, and I thought, ‘I kinda want to get more into this.’

The mixing music part was really interesting to me, so I started trying to produce my own music, and then in grade 10, I started with actually trying to mix more. I got a demo version of a DJ software and just started playing with that, and from there my passion just took off.

DG: Was it hard to learn?

PM: Coming from a musical background, it was a little easier to learn, but it definitely has tricks to it. You have to learn all the stuff with the hardware and the software; the technology with it and how to incorporate different styles into mixing. You also have to find different keys to play with, tempo, as well as how to work with the general transitions and buildup. It’s hard going from, say, a hardcore rap song to a more easygoing house track, just finding that transition point.

DG: Do you find your experience with opera and classical music influences your DJ work?

PM: It definitely has its influences. Where I come from the opera background, it’s more melodic and structured, so for me, I find much more joy in using melodic tunes instead of harsher tracks. However, I did get into electronic music through dubstep and that kind of genre.

DG: Your stage name is Paradox. How did you come up with that?

PM: It was before grade 12 – my second year DJing – I was in Quebec for the Explore (French-language) program. My friends and I were trying to figure out a good DJ name, and we came up with Paradox because it looked similar to my name when I wrote a signature, and it had a nice ring to it. 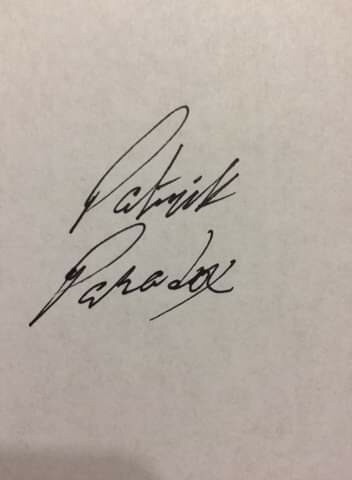 DG: What kind of demographics do you usually play for? Do you find it’s more of a university student thing?

PM: I’ve done events for university students; I’ve done gigs at the bars downtown. I had a gig at Pacifico three or four weeks ago, and I DJ’d at the Argyle three or four times. I DJ’d at Fall Ball the past two weeks, as well as at events for Greek Life organizations around campus, I also DJ’d for Orientation Week the past two years. This Friday I’m actually going to be DJing at the Grawood’s Halloween event.

DG: Is it hard to get gigs in Halifax?

PM: Yeah. It’s pretty saturated with DJs already, so you have to know who’s already working there. That’s how I got my gigs … if somebody couldn’t do it, they contacted me to fill in.

DG: If you hadn’t gotten into DJing, what do you think you would be doing now?

PM: My whole life has been kind of directed towards music anyways, so recording, producing, that kind of area. I think that, had I not gotten into it, I would’ve been a lot more into theatre and classical music – just because growing up I was always around music and around classical music as well.

Growing up, I kind of wanted to be an actor or performer, but as the years went by I got into classical music; but at the same time into electronic music and DJing. I find both of them have similar complexities. There are a lot of intricacies in creating electronic music and DJing, just as there are a lot of complexities in singing opera and performing.

If you’re interested in seeing some of McIntosh’s work, you can find him on Facebook under the name Paradox or ‘P4R4D0X.’