How to employ some hyper-local inside jokes into your ensemble

Deciding on a Halloween costume is tough, especially when you’re a student.

“Oh, I have plenty of time to figure that out,” you say. But in the hustle and bustle of the start of the school year, you completely forget.

If this sounds familiar, worry not. Here is an array of clever, Halifax-centric ideas that will make you the life of the party. Just don’t dress up as the agave, because that’s a sure-fire way to get kicked out. 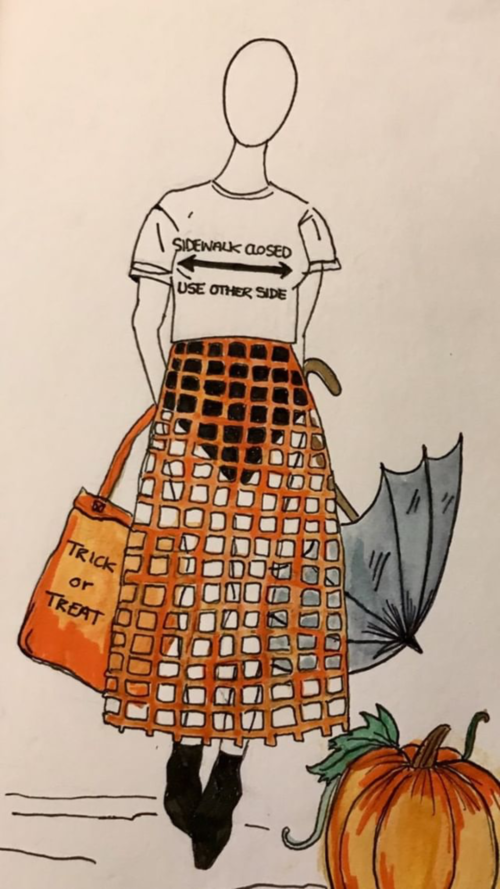 The “sidewalk closed” signs are one of the most horrifying things you come across, especially if you’re in a hurry. And wait – the crosswalk is all the way back there. This is also an easy costume to pull together: just pick up some cardboard or Bristol board, paint it up and you’re golden.

The darling of Halifax media seems to be everywhere, so why not at every Halloween party? Be sure to incorporate the CBC reporter’s signature blond locks. For added fun, purchase a stuffed groundhog and attach it to one of your appendages.

“Oh, that Brett!” people will swoon. “What will he do next?”

Vlog all night like you’re reporting to all of Nova Scotia.

When your coworkers in Toronto notice you packed for a two-day assignment, which turned into a ten-day assignment. pic.twitter.com/aTna6k6Ja5

Last year, Dartmouth community members were shaken when a driver hit the beloved geese of Sullivan’s Pond with his car, killing two.

People angrily took to social media, with one Twitter user suggesting the driver should be drowned. There was even a memorial service! So, it would make sense for one of these geese to rise again and seek revenge on the driver who thwarted them. Get an oversized white hoodie and deck it out with wings.

Use the hood as the goose head by adding eyes and a beak, then go a little bonkers with some scissors and fake blood. Voila! Bonus points if you can get a friend to join you, completing the pair.

Some people might be offended by this one, but it’s fine. You can always snap back with: “Didn’t you wear an ‘Indian princess’ costume to ‘celebrate your third cousin twice removed who happens to be half Métis’ last year, Deborah? Be quiet, Deborah.’”

OK, OK, it’s true that sources suggest the Halifax Harbour is now a fine and dandy place to swim. Whether you believe that or not, the mythos around the water’s level of icky-ness is deeply ingrained in Halifax culture.

For Halloween, lean into it. Turn yourself into a sea monster – and not the sexy The Shape of Water kind. Paint your face green and add some scales. Then stick some tampons, condoms and plastic bags to yourself.

One of the scariest things that can happen to you in Halifax is being approached by a canvasser.

Innocent Haligonians walk down the street, simply hoping to get to work or class, when a cheery stranger suddenly appears. What do they want to talk about? The environment? Religion?!

They’re so terrifying, in fact, many people will cross the street to avoid them. Sure, we can just tell them no, but there’s something so horrifying about any kind of forced interaction with another human being.

All you need for this costume is a binder, a polo and an upbeat attitude. (Disclaimer: #NotAllCanvassers are intrusive, but they’re all scary by association).