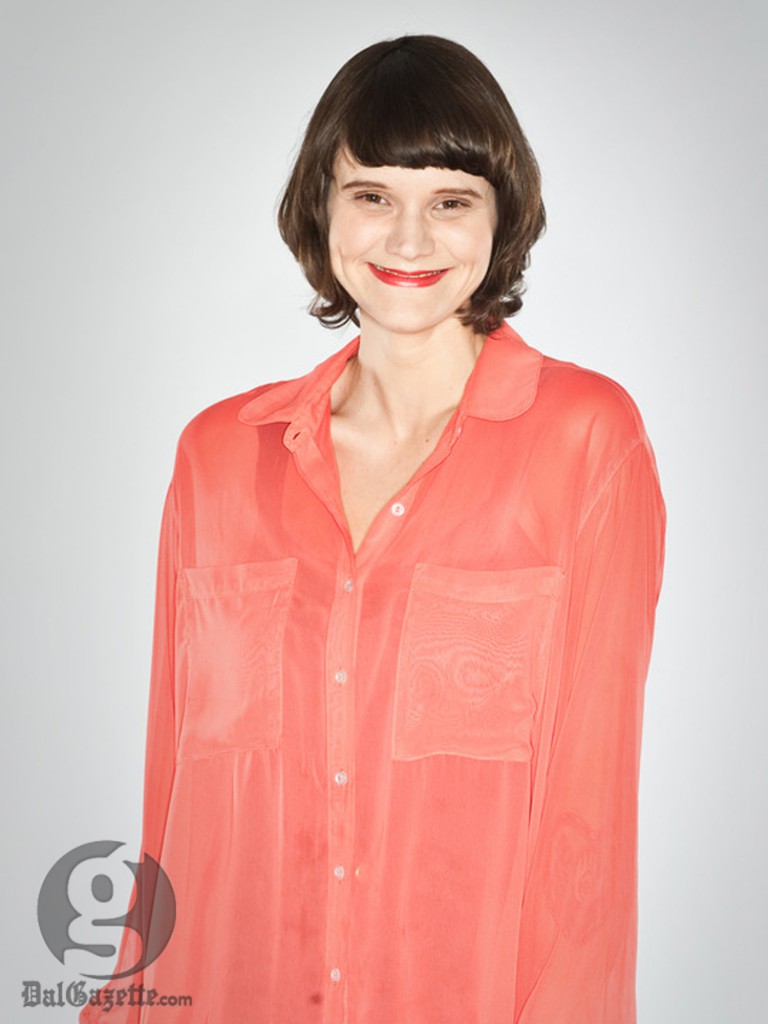 As irreverent as she is innocent-looking. (Photo from tvlistings.zap2it.com)

They say it takes a lot of balls to stand in front of a crowd of people and try to convince them you’re funny. Considering there wasn’t a single ball in the line-up for It’s That Time of the Month last Monday, it may be time to rethink exactly what it does take to be a stand-up comedian.

“Courage and depression,” says Megan MacKay, half-joking. “You have to be kind of crazy but also sad.”

MacKay says she has been doing stand-up comedy for a little over a year. Last week she was able to share a stage with lady comedians such as Andie Bulman, Emma Cooper, Catherine Robertson and Picnicface’s Cheryl Hann.

With respect to what it takes to do stand-up, Cheryl Hann says: “You have to just get over your fear of getting up and going on stage. After that it’s sort of anything goes—whatever you think is funny, you should just do it.”

Since all these women were able to get on stage and make the audience laugh and truly appreciate the comedians for sharing their craft, one has to conclude that it takes a lot more than having balls to be a stand-up comedian.

Andie Bulman originally came up with the idea for an all-female comedy show. A relative newcomer to the stand-up scene, Bulman wanted to respond to the growing number of female comedians in Halifax.

“I noticed that comedy in this city was really strong and there were a lot of women doing it. It’s really encouraging and I thought we should do something to celebrate this community.” Bulman hopes the show can gain enough momentum for there to be touring possibilities in the future.

“It’s pretty awesome to not be the only girl in town and that we actually have enough [female comedians] to have a whole show together” says Catherine Robertson, who has been a stand-up comedian for six years.

“When I started out it would just be me with two smelly guys going around in a van.”

Was ‘It’s that Time of the Month’ worth staying up past 9 p.m. on a Monday? Flashbacks to Hann passionately twirling to Alanis Morissette and then barfing on stage, or MacKay’s demonstration of being a Cougar, Man vs. Wild style, come to mind, and the answer is implicit. If you notice a show that features any of these women—Emma Cooper, Megan MacKay, Andie Bulman, Sandi Rankaduwa, Catherine Robertson and Cherly Hann—you may want to stay up on a school night.