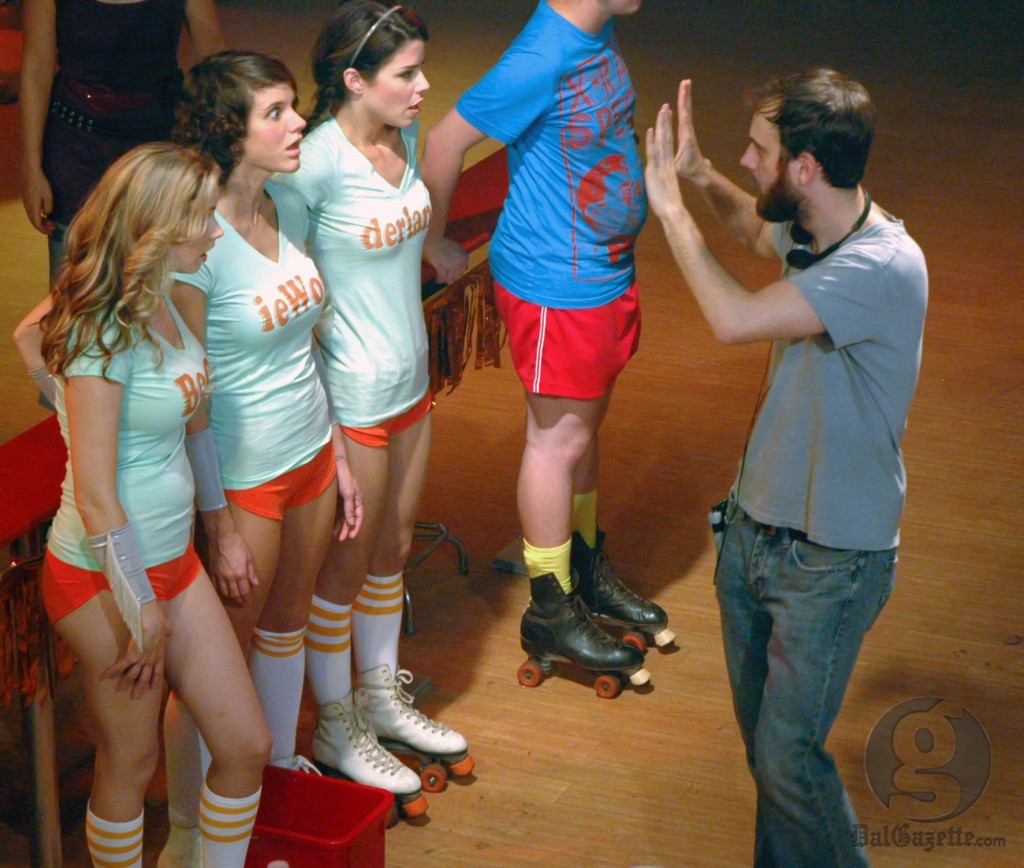 Beard, no beard. Picnicface, no Picnicface. (Photo supplied by Picnicface)

Things seem bittersweet for comedy in this city. Last week Picnicface’s original film, Rollertown, was released in theatres across the nation — a year after its premiere at 2011’s Atlantic Film Festival. While the film’s release should be a celebration for the group, it seems like an afterthought: unfortunately, it was revealed this summer that Picnicface’s eponymous series on The Comedy Network was cancelled.

“Right now it’s pretty much on hiatus. Everyone is kind of doing their own thing working on their own stuff and if there was an opportunity for us to come back together I’m sure we would love it,” said Picnicface member Andy Bush who directed, acted in, and co-wrote Rollertown.

There is a lot of work done behind Picnicface’s bombastic presentations, especially when they were producing Rollertown.

“This was my first feature for sure, it’s a different beast.” Bush said. “You’re doing little bits and pieces and you have to keep together in your head how it fits in the grand scheme of things.”

While seeing Picnicface live can be a spontaneous laugh riot, they grabbed a lot of attention with their sharply edited and animated shorts. While clips like Powerthirst, and All About Halifax have received millions of views, it’s tough to make money from YouTube.

Regardless, browsing through Picnicface’s 84 clip Youtube channel, you can find some hilarious stuff.

“I really liked (working on) Beard, No Beard” Bush said. “When I started I didn’t even know what I was doing. I didn’t even think there was going to be any music and then I put music to it and I had a lot of fun.”

The clip is exemplary of the group’s spontaneous creativity and off-brand comedy. Using a static camera, Bush models his facial hair over a cheesy German techno beat made in Garage Band. A cowboy hat is also present.

One infamous Picnicface clip that always seems to pop-up in Facebook feeds during frosh week is All About Halifax. The 80-second clip is jam packed with misinformation about the HRM (Halifax’s official emotion is mild surprise), and its mixture of the mundane and the whimsical.

“I really enjoyed that because we were just sitting down and acting like a joke machine,” Bush said.

Despite setbacks with Bell TV the group has left their mark on Halifax, and Canadian, comedy. Rollertown won three Canadian Comedy awards in August, and Picnicface picked some up for their work on TV too.