Halifax visit first in history for the 145-year-old company 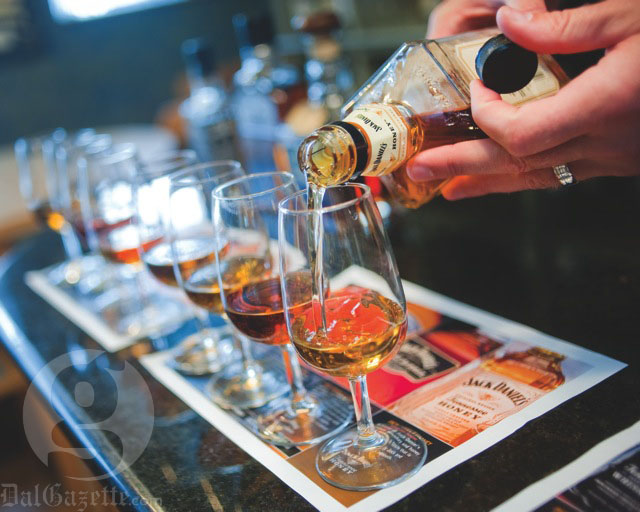 For the first time in over a decade, Jack Daniel’s is releasing a new spin on their classic Old No. 7 whiskey: Tennessee Honey liqueur. Already a success in the United States, where it hit shelves earlier this year, the product will be available in Canada on Nov. 5. In honour of the occasion, master taster Jeff Norman made his way to Halifax Oct. 25-26 to launch their latest offering. This was the first visit to Halifax by a Jack Daniel’s representative in its 145-year history.

Founded in 1866 in Lynchburg, Tennessee, Jack Daniel’s is the oldest registered distillery in the United States—a fact that Norman, a Lynchburg native, is proud to note, adding that their long reign brings with it a rich history of tradition.

“We can actually point back to a gentleman, Mr. Jack Daniel’s, who started the distillery,” he says with a clear sense of pride.

Norman, who holds a graduate degree in chemistry, has worked at the distillery for eight years. But he’s known he wanted to work there since he was young.

“Both my mom and dad worked at the distillery,” he says. “I have fond memories of growing up in Lynchburg.” 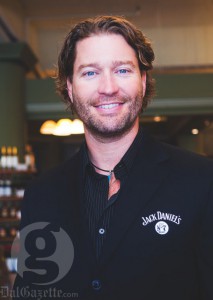 But just because Norman comes from a family of Jack Daniel’s workers, that doesn’t mean he had the job handed to him. Norman went to work at the distillery after completing his PhD. He then put in four years of hard work before being granted the title “master taster.”

The position requires him to test different batches of whiskey to ensure they meet the company’s standards. But more importantly, he acts as an ambassador for the Jack Daniel’s brand, educating people on not only their products, but their vast history as well.

When it comes to the tasting aspect, Norman likes to joke that the key to being a good taster is “a lot of practice.” However, much like a wine-tasting, Norman explains that they spit out each sample and rinse between tests.

“I have a really good indication of what Jack Daniel’s should taste like,” he says. “It’s very distinctive in its flavour, and in its aroma, which helps me a lot. It should taste a certain way, and it should have certain aromas. I’m looking for those inherent notes that should be there.”

Norman says the decision to introduce Tennessee Honey was simply to give people another option. Their lineup of whiskeys already included the classic Old No. 7 (sweet with wood notes), Gentleman Jack (a lighter, sweeter whiskey) and Single Barrel, which Norman describes as having a “hefty and robust” flavour.

He explains they saw a general move toward “sweeter-style spirits,” and decided to fill that need by offering a liqueur.

And according to Norman, the decision to add all-natural honey to the mix was an obvious step. That’s because, as he explains, their whiskeys all have inherent sweet notes, which come from the American white oak barrels they’re stored in. The insides of the barrels are toasted and charred, and this process caramelizes the sugars found naturally in the wood.

Norman describes the flavour of Tennessee Honey as being “very sweet up-front, with definite honey notes, some molasses notes, as well as pralines. But,” he says, “our base whiskey, which is the Old No. 7, is still there. So you get those flavours in the back of the palate.”

Though its official Canadian release is set for Nov. 5, Norman says it will be a few weeks before the new product trickles into all liquor stores. But he assures drinkers it will be well worth the wait.

“We’re known for doing something right,” he says. “We’re not the type of company that just comes up with a product and throws it out there to the public and hopes that it works. We did our due diligence, and we think we’ve got a hit.”