The new kids on the fashion block 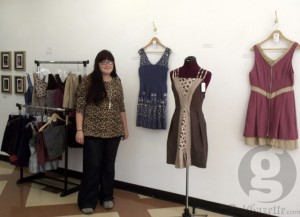 Everyone knows if you want to carve out your own niche in the fashion world you have to leave the east coast and head for greener pastures, right?

That is, according to Pam Johnston, Rachel Betchick, Amy Negus and Fiona Blanchard—four young designers hot out of the Nova Scotia College of Art and Design (NSCAD) and ready to get their fash’on.

The four believe strongly in the power of local, says Johnston, and that was a major factor behind their decision to band together and promote themselves through a recent fashion exhibit at Gallery 2053 on Gottingen Street.

The exhibit, entitled “Dawning,” launched on the night of Nocturne with a fashion show in which visitors got to mingle with both designers and models, giving the night a rare down-to-earth feel.

The exhibit then ran for two weeks after, giving the garments, which ranged from cheery children’s attire to hand-made knits, a much longer period for viewing. 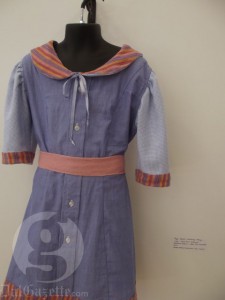 The event was a hit, and the four are considering repeating the fun next year, says Negus, who adds that next year they’d like to expand the exhibit to include several other young designers.

“We’d like to transform it a bit every year, make it new,” says Negus.

Negus explains that the exhibit was a great opportunity for her as a transition from school to real life and finding her footing in her new career.  She hopes it can act the same way for future designers included in the event.

With all the uncertainty of a young artist’s career, Negus is certain about one thing: she’s staying in the ‘fax.

“When we were in NSCAD people would ask me ‘Where are you going after you graduate?’ and I would say ‘Well, I’m staying here’ (…) I just believe for sure that [the fashion scene] will grow.”

The others plan to follow suit as well—even Betchick, originally a native of Massachusetts, USA.

Another set of dynamic young ladies who have put their faith in the Halifax style scene are Jessy Lacourciere and Rachel Grant, the duo behind recently opened high-end boutique Grimsmo on Barrington Street.

The new shop is filled with truly unique designer labels and styles, with a heavy focus on fresh nautical wear, cropped sweaters and jackets, and native-American motifs and patterns.

Well-stocked and entirely modern, it’s hard to believe this delightful shop is but a few weeks old.

And while you’re checking out this fabulous new boutique, head on over to an old favourite, Love, Me to find garments made by members of the Dawning quartet, and get a taste of the freshest talent our city has to offer.