You Do You drag show highlights Halifax Queens 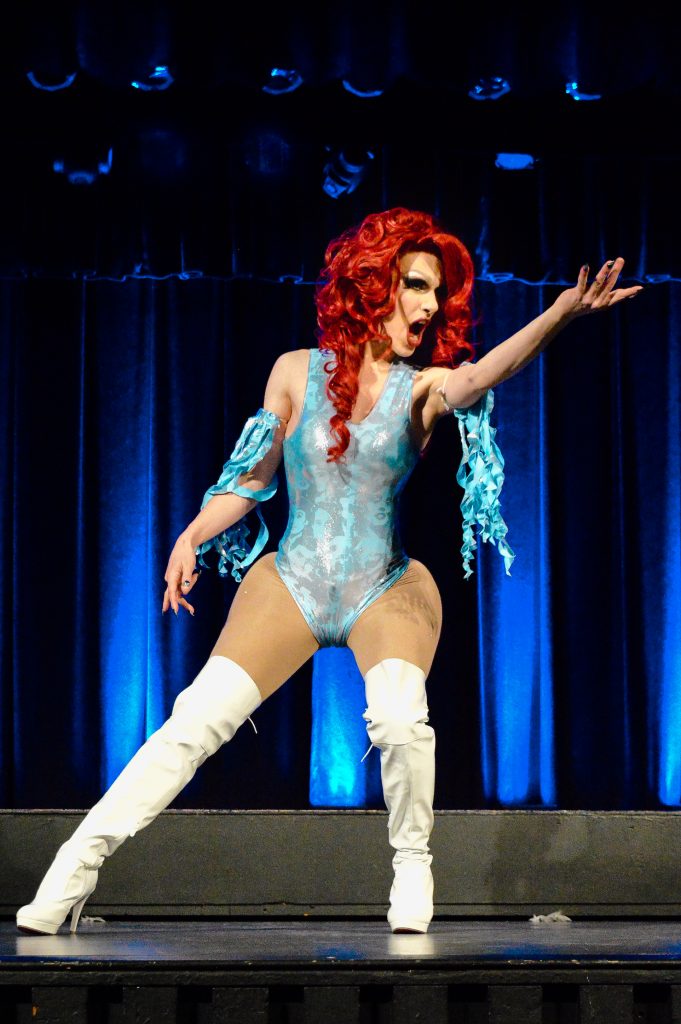 On Jan. 26, Dalhousie’s Interntional Development Education and Awareness Society (IDEAS) hosted a “You Do You Drag Show” in support of the Youth Project. 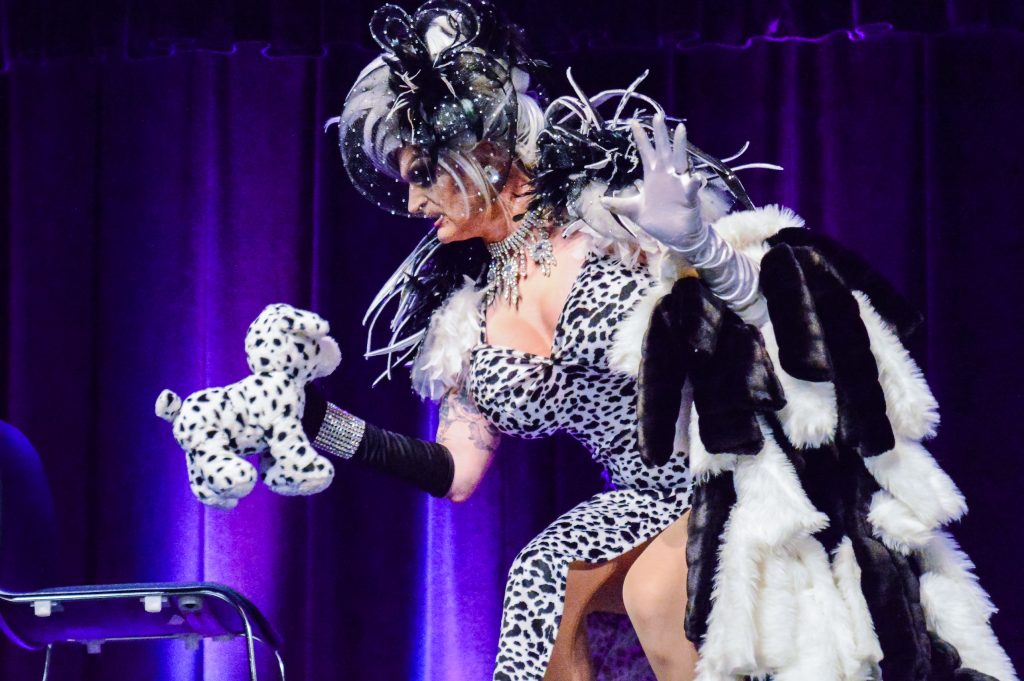 Deva Station kicked off the night with a Cruella Deville performance.

Deva Station says she’s been doing Drag for 20 years now. When asked how Drag has influenced her life, she responded, “It’s my creative outlet. I suffer with anxiety and depression and stuff and Drag actually protects me.” 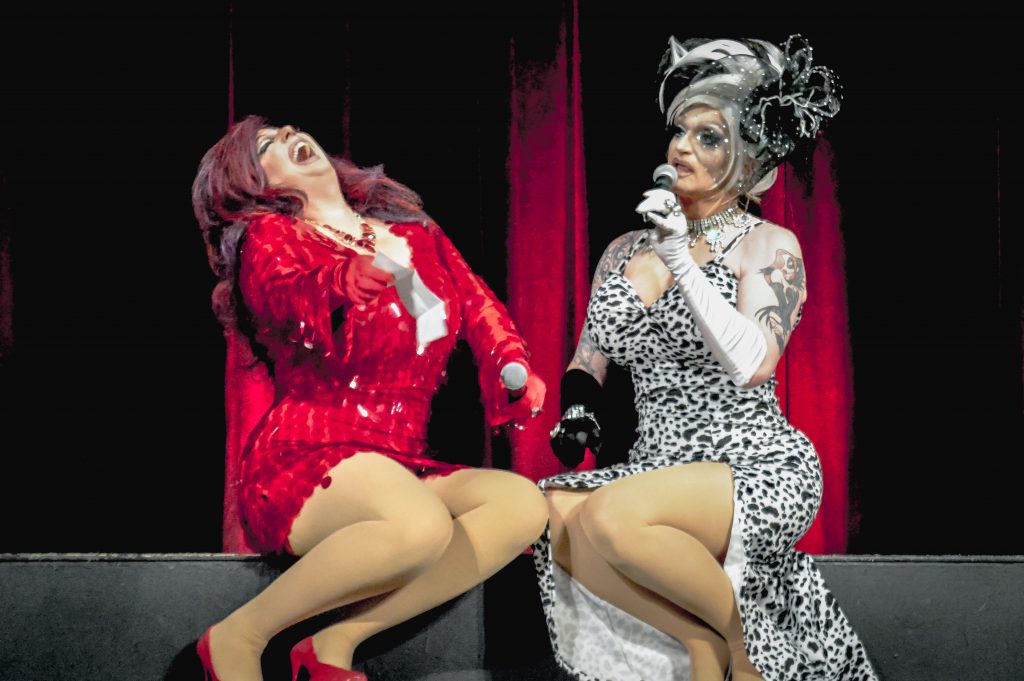 Eureka Love (left) and Deva Station (right) were the emcees for the event.

We Laugh, We Cry, We Live a Little

Mona Pleasure says that she is a part of Dalhousie’s IDEAS. Hinchliffe says the event was inspired into reality after fellow student Jonah Ray approached her and expressed his excitement to put on a drag show. She said that she put in a lot of work in order for the show to get to the point where it’s at. After reaching out to the DSU, and using Jonah’s connection to the drag community, Cassie says that she couldn’t have pulled it off without the large amount of support she received.

Hinchliffe confirmed that the Youth Project will receive $650 from the show’s proceeds. 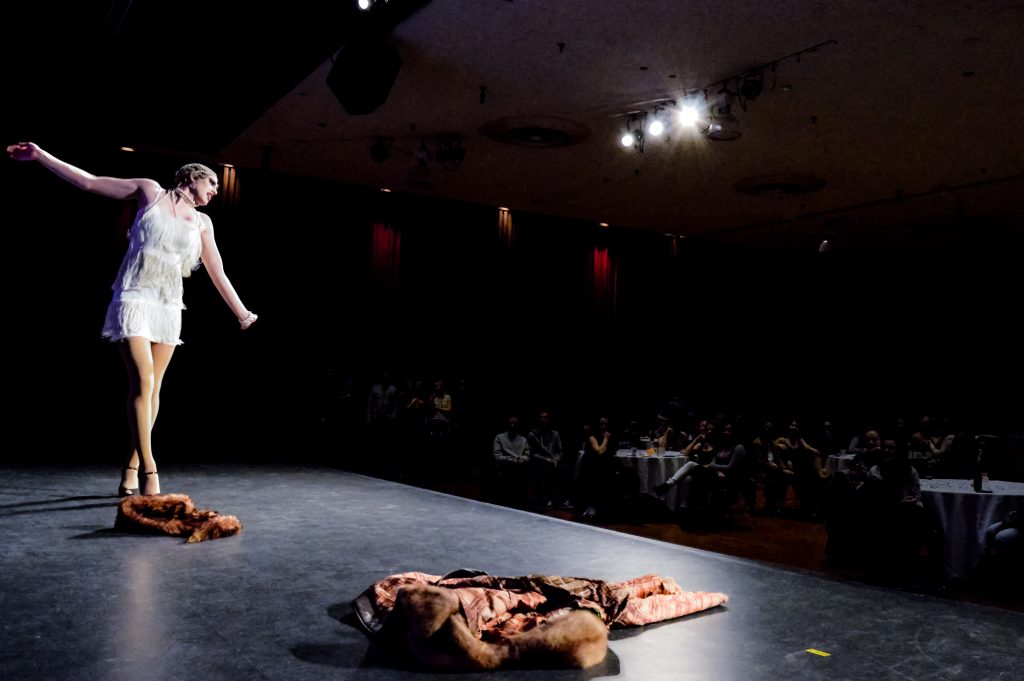 Throughout the show, hosts Eureka Love and Deva Station kept switching which pronouns when referring to the performers and themselves using him, her, it, or them.

In an interview with Deva Station, she said “I’ll just use whatever comes to mind first. I call most people ‘baby’ because then I can’t get in trouble. I don’t even really think about it.”

(After speaking with some of the other Queens, I realized after the fact that I was also using pronouns interchangeably and the Queens and I thought nothing of it. Yay 2018!) 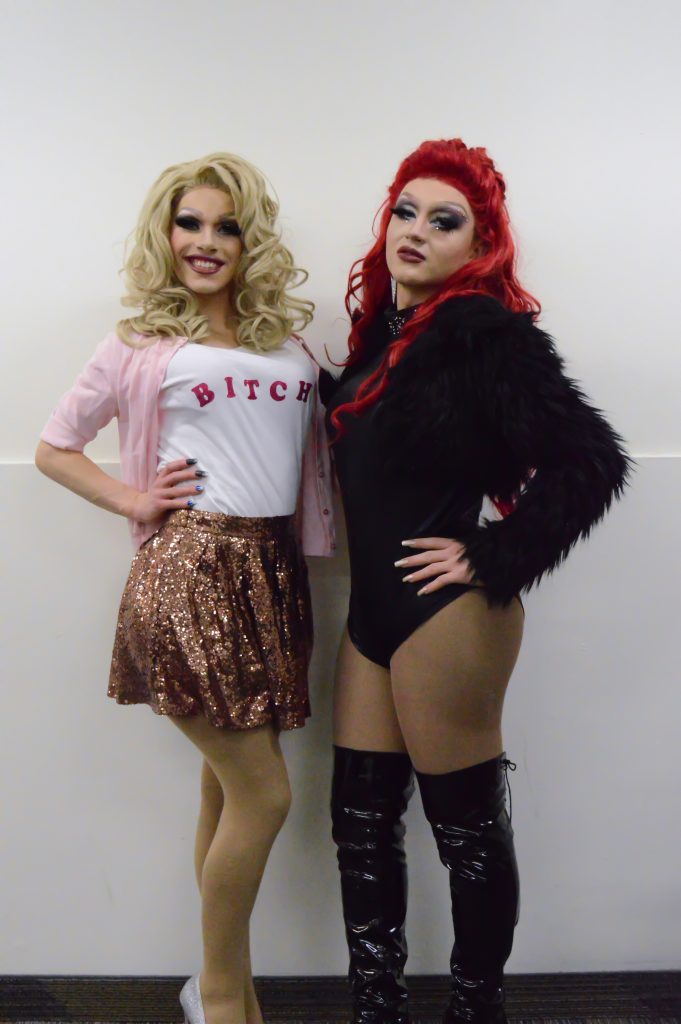 The Queens are extremely comfortable with how they express themselves, and the hosts with how they address their sexuality. Maybe it’s because of the close-knit community that the Queens have established for themselves.

Vanity Matrix pitched in and said, “Whenever someone needs help they go to Deva.” 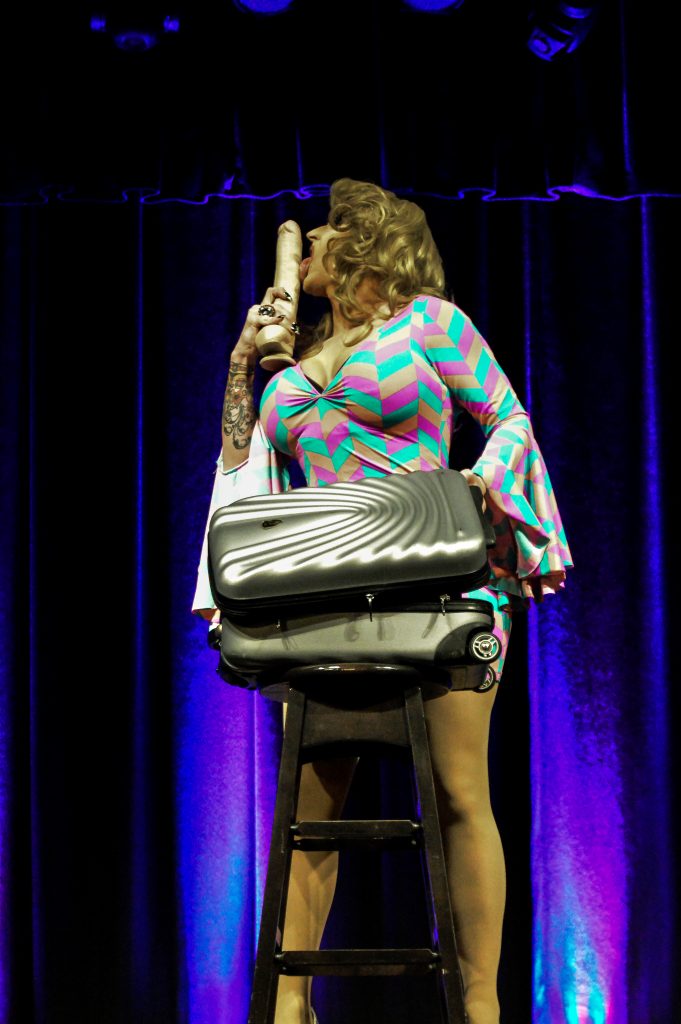 Deva Station said after her performance that she hasn’t done this act in years, but the “baby Queens” wanted to see the performance.