Expression of self through boudoir

Kaylin Dickie and business partner, Megan Andrus smiled knowingly at one another as they sat around the wooden dining room table of a Victorian Airbnb they had booked to use as a temporary boudoir photography studio.

I’d asked if they had a favourite boudoir shoot they could tell me about.

“Our girl,” they responded simultaneously.

They launched into the story of a woman they photographed who was abused by her boyfriend. Not knowing this information going into the shoot, it was a surprise to them when the girl tagged them in a post on her Instagram profile featuring a polaroid from their shoot and her story in the description. When she came back to the studio to see which photos Andrus and Dickie had selected, there were hugs, tears, and the beginning of a friendship.

These professionals seek to normalize expression of one’s sexuality and help subjects see their beauty by taking photos of them in lingerie.

Andrus feels that the pillar concept behind boudoir is coming as you are.

With the exposure of skin comes the exposure of a vulnerability that people aren’t typically used to sharing with total strangers. Although, Andrus and Dickie also emphasize that you don’t need an emotional backstory to do a boudoir shoot; if you just want nice photos taken, that’s totally valid too. 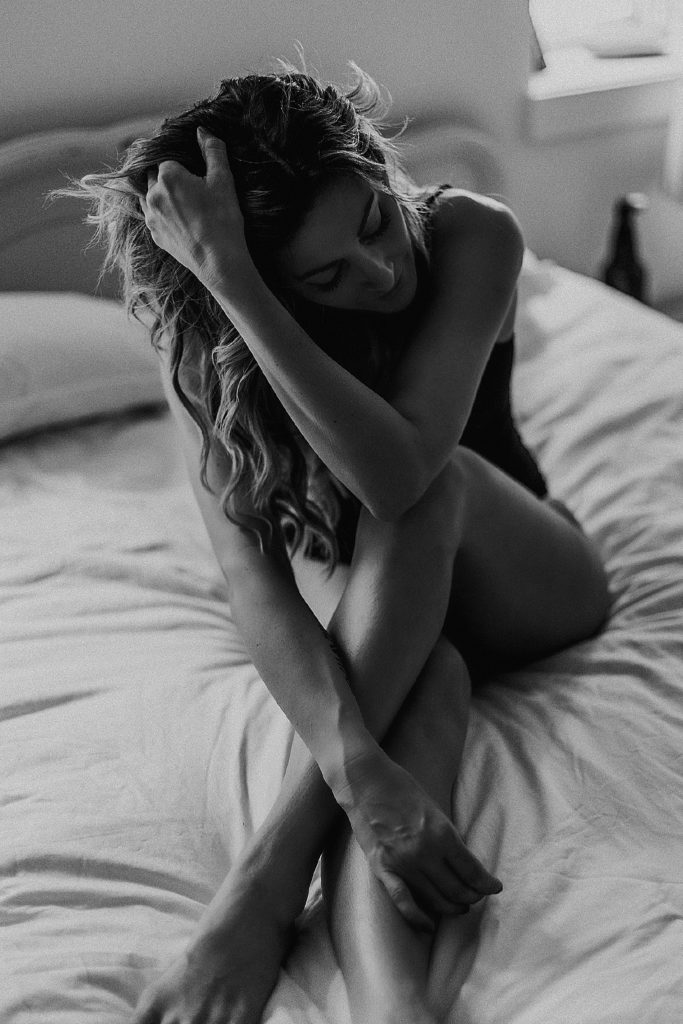 The photographers haven’t just stayed behind the camera, though. Every boudoir photographer spoken to for this story has taken their turn posing in lingerie.

Jenn Gregory, photographer and president of Halifax Boudoir Inc. opened up about her turn on the other side of the camera for her boudoir shoot after a serious weight gain.

“That was scary as hell,” she says, but the experience was positive and helped her see her beauty. She says it also helps her empathize with what her clients feel when they come to her studio.

“Through the eyes of a camera, you take all of your negative comparatives away and you say who is that? And then you realize that’s you,” says Vicki Martin, a makeup artist who works with Halifax Boudoir Inc.

The Magic Project is an organization that also uses photography to empower. Emma Paulson and Kate Macdonald work to capture marginalized communities in their “finest form,” defined by the people they work with.

Paulson agrees photography is special in its ability to capture the parts of people they might not aim to display. She says this connects us through the human experience and range of emotions.

However, boudoir photography as a medium of body positivity lacks representation of marginalized groups.

A Google search for boudoir companies in Halifax yields little to no photos of people who aren’t white women.

“It’s a huge, huge deal,” says Paulson. “For there to only be white women there, it’s like oh right, you’re the only ones who can construct your own version of sexual identity, everyone else gets told it.”

Paulson and Macdonald say this issue permeates outside the realm of boudoir photography to every kind of media – especially in Halifax. They say the city has a dated racist dialogue just below the surface of mainstream discourse that makes it particularly important for artists to make room for marginalized groups.

This exclusivity is a problem for upcoming generations who will not see themselves reflected in positive movements like this one.

Both City Vine Studio and Halifax Boudoir Inc. say that they are open to featuring non-white and LGBTQ+ individuals on their websites and social media, but have yet to have those people reach out to them or allow them to post their pictures online.

Paulson and Macdonald gave a shout out to Halifax boudoir photographer, Helena Darling, whose Instagram profile features a diverse range of people posed for “badass” photos.

“I think that self love and body positivity and that whole movement doesn’t have limitations to your age or your gender or how you identify, it’s something that touches everyone,” says Andrus.