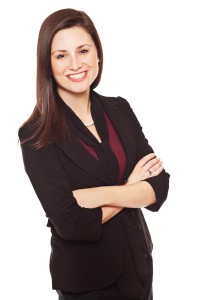 Alumni Spotlight is a series of interviews conducted with alumni by the Dalhousie Alumni Association.

You graduated from Dal four years ago. How have you found the transition from school to the workforce?

CL: I have found the transition both to be rewarding, but honestly, it’s been challenging, too. I was involved in a mentorship program to facilitate the transition between university and the workforce. Just before I graduated, I started a summer internship with the United Way Halifax and by the end of this internship, I had really learned a lot, and was able to get a permanent position with the United Way.

I was also happy to be a member of the Dalhousie Alumni Association board, a position I have had since I graduated. This role has let me stay engaged with the school and to get some great networking opportunities.

Why did you decide to attend Dal?

CL: When I was 12 years old I remember watching TV at a friend’s house and seeing a commercial for Dal – I specifically remember seeing the buildings with ivy on them. After seeing this ad, I totally wanted to go to Dal. Several years later, I applied to one university only: Dalhousie! I am definitely thrilled with the choice I made.

Where did you live while you were at Dal?

CL: I lived at home throughout university. I have to say, the first few weeks of my 45-minute commute from Cole Harbour to Dal were a bit daunting – as was the search for parking spots once I arrived. Eventually this became part of my routine and I began not to mind the stop-go pace of the MacKay bridge and the long stops on Robie Street. It gave me time to enjoy my tea and to catch up on the local news. And some days it even gave me the opportunity to review answers and material for midterms and exams.

I had a pretty good set up at home – my dad always made sure the driveway was plowed, the tea steeped, my supper made. He definitely made things so much easier for me.

Where could you be found most often on campus while you were at Dal?

CL: Definitely the SUB, from day one. My first year or so was spent trying to find my way through the SUB, but the last few years were spent in the DSU executive offices and at the Grawood.

Favourite place to study while at Dal?

CL: I am by nature a night owl and prefer to study anytime after 10 p.m. on any night of the week. Being an off-campus student this typically meant that I would be at home studying; however, once I was elected to the DSU executive I found the DSU offices a great place to study.

What was your biggest distraction while you were at Dal?

CL: Facebook! I discovered Facebook in 2006 so I could stay in touch with my group of friends. During the summer of 2006, Facebook spread around Dal like crazy. I found myself having the urge to run to Campus Copy, because I didn’t have a laptop until a year or so later, to check Facebook to see what my friends, who I just left class with, were doing. Or to see what pictures they had posted from the parties we had all attended the previous weekend. I am sure if we looked back we would see a direct correlation between the rise of Facebook on Dal campus and the decline of my grades.

What was your favourite cafeteria food on campus?

CL: As an off-campus student it was rare for me to visit the residence cafeterias. Although whenever friends living in residence would invite me over for supper I would always beeline for the chocolate chip cookies especially in Shirreff Hall.

Did you have a nickname at Dal?

What is your favourite Dalhousie memory?

CL: I had an exceptional student experience filled with hundreds of great parties, great friends and phenomenal opportunities – but my favourite memory of Dal was something that happened in my final year. I decided to volunteer one last time for Orientation Week and was part of the organizing committee. It was the first day of Orientation Week and we were on the Sexton soccer field for the Sexton field party with all of the first-year students and leaders. One of the leaders, who I remembered from when she was a very shy first-year student several years before, came over to me and told me that meeting me several years earlier when I was the VP of Student Life had inspired her to get involved in university life. It really made me realize that even interactions that might seem small at the time can have a huge impact on someone’s life.

How did your Dal experience prepare you for your current role?

CL: The combination of the theories and skills I gained from my management degree and the experience working full-time for two years as a DSU executive, as VP student life and president, gave me a lot of amazing experience. I learned not only how to work with a team but how to work well with them to achieve results.

What do you see as the best thing about being a Dal alum?

CL: I love the fact that there are so many Dal alumni living all over the world – over 100,000. I love that we all share this common experience of having spent time at Dalhousie.

Do you have any words of wisdom for current Dal students – something you wish you had known when you were a student?

CL: Don’t be afraid to share your aspirations with everyone – whether it is fellow students, faculty and friends. You would be surprised what they can do help you get where you want to go and beyond. Also, Dal has so many things to offer in addition to classes, so take the opportunities and get involved – it will help you get so much out of your Dal experience.