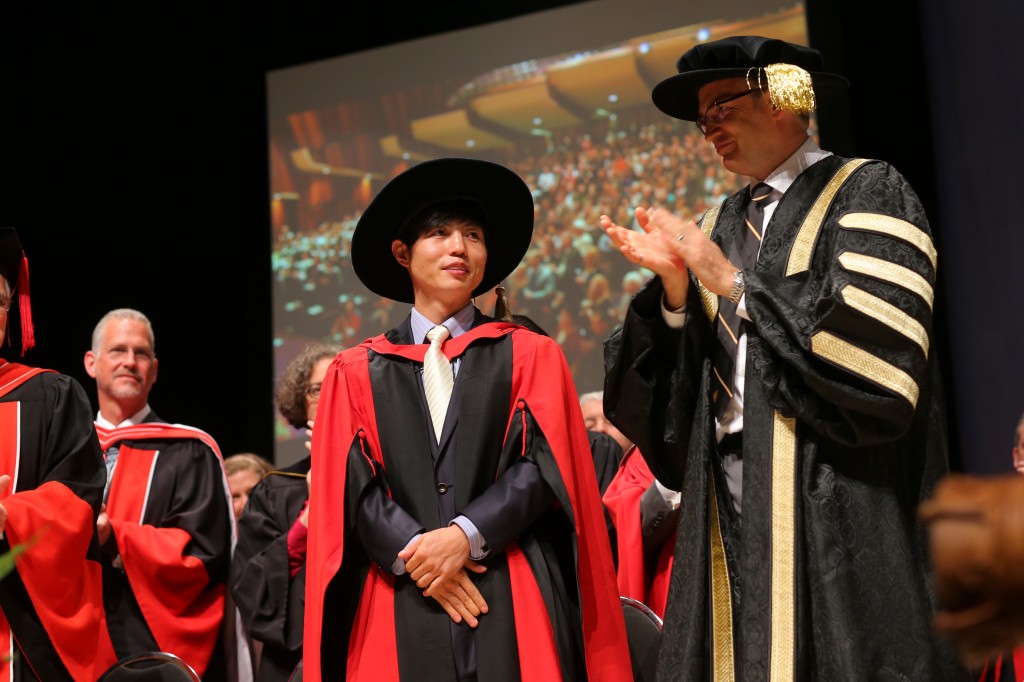 Dalhousie University is sending off more than 3,500 students this month in a flurry of 16 convocation ceremonies featuring thousands of guests, handshakes and hugs.

Graduation season is upon Atlantic Canada’s largest university with the school bidding adieu to a total of 3,559 students this month, the highest total in Dalhousie’s spring convocation history.

All ceremonies will be held in the Rebecca Cohn Auditorium, except for the Faculty of Agriculture convocation that was hosted at the Truro Campus’ Langille Athletic Centre earlier this month.

After Wednesday’s conclusion, 11 ceremonies are still to come, featuring graduates from science, engineering, management and law, among them. Spring convocation concludes on May 28.

Dalhousie has already handed out diplomas to its graduates in arts and social sciences, computer science, architecture and planning, agriculture and some science students.

Speaking of science, the faculty leads the way with the most graduates with 581 degrees bestowed. The Faculty of Graduate Studies awards diplomas to 558 students. The engineering faculty is waving goodbye to 515 students, 470 health professionals become alumni this month and the Faculty of Arts and Social Sciences produced 463 graduates.

The Faculty of Management will confer 279 degrees next week and 217 cap-and-gown outfits were required in Truro for the Agricultural Campus. Dal is also celebrating 153 law graduates, 116 medicine graduates, 83 in architecture and planning, 79 aspiring to work in the dental industry and 45 adults with computer science degrees.

All University of King’s College graduates—except those in journalism—are included in the above figures. These graduation numbers were supplied by Dalhousie.

Together with celebrating thousands of graduates, nine distinguished individuals are being recognized by Dal this month with a honorary doctorate for positive contributions to society.

The most renowned name belongs to Shin Dong-hyuk, the only person known to have been born in a North Korean prison camp and escaped. Since fleeing Camp 14, Shin has told his tale to enraptured audiences around the world, including last year at Dalhousie.

Shin returned to Dal on Tuesday to receive his honour. University personnel believe it is the first time a North American university has honoured a North Korean with an honorary doctorate.

Shin presented the commencement address on Tuesday morning through an interpreter. 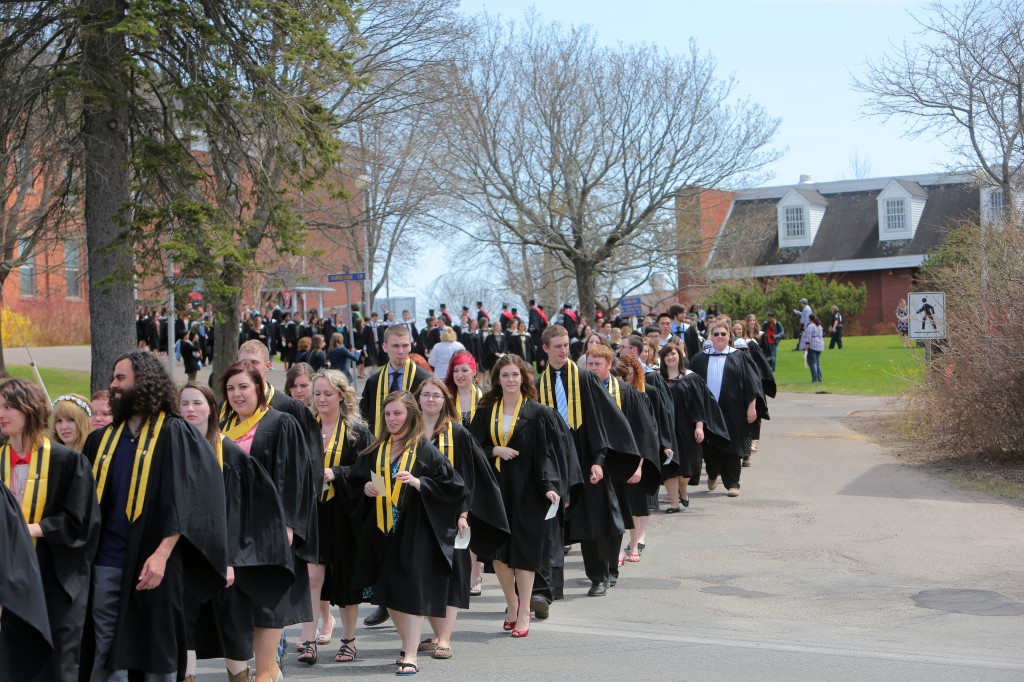 The 217 graduates from the Dalhousie Agricultural Campus in procession. (Photo by Nick Pearce via Dalhousie)

A full list of this spring’s convocation ceremonies is provided below, along with information on the honorary degree recipients:

Friday, May 9 at 2 p.m. – Faculty of Agriculture
Ethiopian poultry scientist Solomon Demeke invented a new technology for brooding chickens that has been credited with increasing the self-sufficiency of subsistence farmers.

Tuesday, May 20 at 9:30 a.m. – Faculty of Arts and Social Sciences
Shin Dong-hyuk witnessed horrendous human rights abuses in a North Korean prison camp in the first 23 years of his life. He is the only known person to have been born in and escaped the confinement.

Wednesday, May 21 at 9:30 a.m. – Faculty of Architecture and Planning, Faculty of Computer Science
Celebrated as one of the greatest theatre architects of his time, Barton Myers eventually established his own firm, Barton Myers Associates, which is now based in Los Angeles.

Wednesday, May 21 at 2:30 p.m. – Faculty of Science
Described as the “epitome of a scientist whose skills serve global society,” David W. Simpson has benefitted the study of earthquake prediction. He completed his bachelor and master’s in physics at Dal.

Thursday, May 22 at 2:30 p.m. – Faculty of Health Professionals, Faculty of Science

Friday, May 23 at 9:30 a.m. – Faculty of Medicine
A graduate of Dalhousie in 1967, Eldon R. Smith has focused his medical career on improving Canada’s heart health. He has earned  widespread praise for his research into hypertension and cardiac failure.

Friday, May 23 at 1 p.m. – Faculty of Law
John Joseph Borrows is a respected scholar of Indigenous and Aboriginal law. Borrows is one of the first Aboriginal scholars in Canada to receive a PhD in law.

Friday, May 23 at 4 p.m. – Faculty of Dentistry, Faculty of Health Professionals

Monday, May 26 at 9:30 a.m. – Faculty of Health Professionals
Anne McGuire, the president and CEO of Halifax’s IWK Health Centre, has dedicated her career to helping those in need.

Tuesday, May 27 at 9:30 a.m. – Faculty of Management
Maureen Joanne Sabia became one of the most powerful business woman in Canada when she was appointed chair of the Board of Canadian Tire Corporation Limited in 2007. She has spent several decades as the principal of her own consulting practice.

Wednesday, May 28 at 9:30 a.m. – Faculty of Engineering
Renowned for his contributions to open-pit mining and geotechnical engineering, Carroll Oliver Brawner worked on major Trans-Canada Highway expansions in B.C. before joining a geothermal firm. He was inducted into the Canadian Mining Hall of Fame in 2008.

Facts on the honorary graduates provided by Dalhousie University.