Can you put a price on safety? 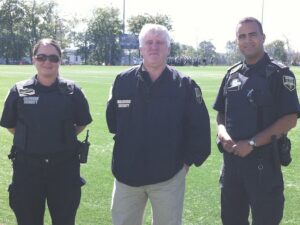 Tiger Patrol offers Dalhousie students a safe and free journey home. But this year, the services it offers have been reduced due to budget cuts.

In the past, Tiger Patrol has consisted of both a walk-home service and shuttle bus service from 6 p.m. to 1 a.m. The shuttle bus was pre-routed and travelled throughout the city, picking students up and returning them to their residences, as long as they could present their DalCard. The walk-home service consisted of two teams (each with a male and female member) of paid students who would escort students back to residence from anywhere on campus.

While the shuttle bus service continues to run, the walk-home service is no longer available to students.

“The service was being underutilized,” says Michael Burns, director of security. “Last year we averaged around 9,000 individual rides on the bus service and less than 100 requests for the walk-home.” He says it was no longer cost-effective to continue it.

With the U-Pass now included on all DalCards, and the Tiger Patrol shuttle bus, students are able to safely return to campus from anywhere in the city before 1 a.m. Despite this, the walk-home service was unique in offering students safe transit for short journeys on campus.

First-year Olivia Korsiak says she was looking forward to using the walk-home service. “Everything’s far apart and if I was walking home late, I probably would feel scared,” she says.

Although Security Services are present 24/7 on campus, it was stressed to all first years the importance of travelling in big groups when out at night during Orientation Week. RAs emphasized the importance of closing main doors behind you and locking bedroom doors at night.

Stephanie Kerzner, a fifth-year Dal student says she has always felt safe on campus and never felt the need to use the walk-home service. “I do think it’s important though to have a service offered for people walking at night who are on their own, especially if they’ve been out drinking.”

Other areas of the security have also been affected by the budget cuts, including patrol hours in certain campus buildings. But none have been as dramatic as the changes to Tiger Patrol.

According to Burns, Security Services are looking into possibilities to replace the walk-home system. Universities such as McGill run the same types of programs using volunteer students. Proceeding with a similar plan would probably need involvement from the DSU but stands as a possible solution in the near future.