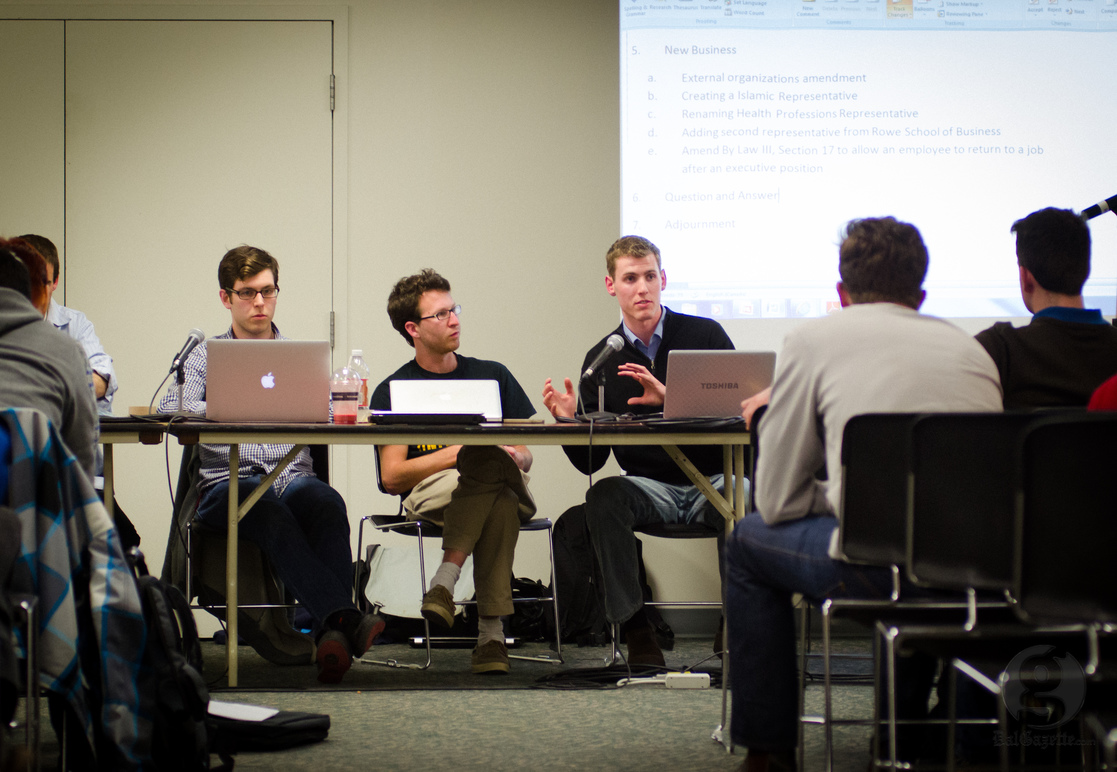 The DSU also presented its ‘strategic plan.’ The seven-page draft, yet to be ratified by council, was circulated around the AGM, summing up the accomplishments of the executive this past year. The plan also presents goals for next year, integrating the DSU Sustainability Office more, advocating for a summer U-Pass, and improving food services at the SUB.

Another proposal that has yet to be voted on is dividing the positions of VP (academic and external) and VP (student life), into two positions each.

Aaron Beale and Aaron Wolfe, who held each of those positions respectively, found that by trying to do both, neither was done as well as it could be. It was suggested that the VP (student life), should be split into O-week and social events coordinators.

The DSU executive also put forward constitutional amendments that will set the stage for a review of the union’s membership in CASA next year.

One amendment forbids the union from entering an agreement, partnership and/or membership with an external advocacy group that might compromise the union’s autonomy. The union must also hold a referendum to enter any new agreements of partnerships. Finally, a new clause was added allowing council to change the union’s membership status in an external organization, such as changing from ‘member’ to ‘associate member.’