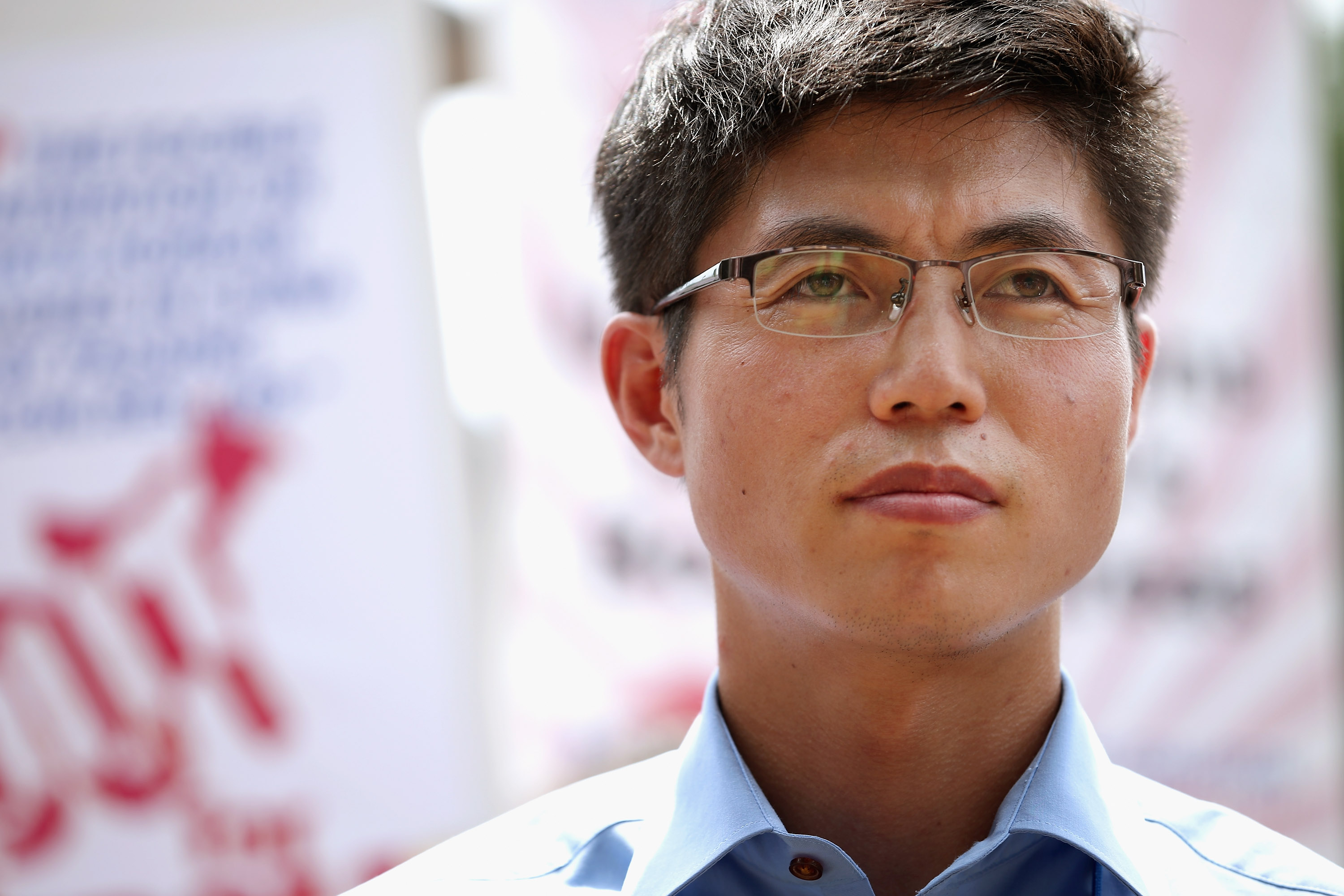 Dalhousie students had the opportunity to imagine the unimaginable when North Korean defector Shin Dong-hyuk shared his story at Risley Hall on March 9 during his recent visit to Halifax.

Shin is the only known person to have been born within a North Korean prison camp and to have successfully escaped. Since breaking out of Camp 14—one of the six prison camps still operating in North Korea— eight years ago, Shin has campaigned worldwide to raise awareness and shut down the camps that remain a hellish home for the people he left behind.

“We must not close our eyes just because it is beyond our imagination,” said Shin through his translator, Henry Song of the North Korea Freedom Coalition.

“If we are human beings we all bear some responsibility to what happens to other human beings.”

Sure-spoken, the small and unassuming man—who has addressed heads of state, UN ambassadors and world leaders—spoke informally with Saturday’s group of about 35 Dal students.

“At moments I tried to picture myself being him,” he said, and added he felt very sad but motivated following the event.

Shin was in Halifax as the result of work by a development and activism class taught by Dalhousie International Development Studies professor Bob Huish. Shin wanted to meet the students after learning about Camp 14 Project, the class’ campaign to raise awareness about North Korea’s internment camp system.

“Once we realize there are certain issues in the world that are too perverse to turn your back on, we have a moral obligation to act,” said Huish. “And the university is a great opportunity to put that in the classroom.”

“The students of Dalhousie, of Camp 14 Project, they gave me great hope,” said Shin.

The harrowing story of Shin’s upbringing within North Korea’s prison camp system and his eventual breakout is recounted in former Washington Post journalist Blaine Harden’s book Escape from Camp 14. Huish’s students read the book and voted unanimously to take on his cause as their advocacy project.

They organized a demonstration, lobbied to members of Parliament, interacted with the press and took to social media.

“Once (Shin) saw just how loud our voice was and the way we were organized, and that we were not just offering a message of sympathy but a call for action, he came to us,” said Huish.

Saturday was the last day of Shin’s three-day visit to Nova Scotia’s capital.

On Thursday Shin spoke to an over-capacity audience of hundreds at Dalhousie. The McCain Building’s Scotiabank Auditorium was filled far beyond its 250-seat capacity, with an estimated 450 people in attendance and 150 more waiting outside.

In comparison, Saturday’s discussion was more conversational, with questions and dialogue flowing more freely between Shin and the audience.

“You come to realize it’s the intimate conversations that matter as well as the big public conversations,” said Huish.

“What Shin shows us is within all of us we have the potential to be an activist.”

Despite the sombre theme of the discussion, Shin still succeeded in lightening the mood with an occasional joke or funny story.

Laughter filled the otherwise cheerless room as Shin recounted stories from his less-than-successful attempts at dating.

Still, the reality of constantly reliving the hellish initial 22 years of his life takes it toll on Shin. He described his advocacy work as “very painful,” but said he has no choice but to continue, for those who remain in Camp 14.

“I think what we’ve seen here is the beginning,” said Huish of the Camp 14 Project. “The beginning of a project and not the end of it.”

For more information on Camp 14 Project go to http://camp14project.worpress.com/. Shin can be contacted on Twitter at @NKSDH or on Facebook at www.facebook.com/NKSDH.