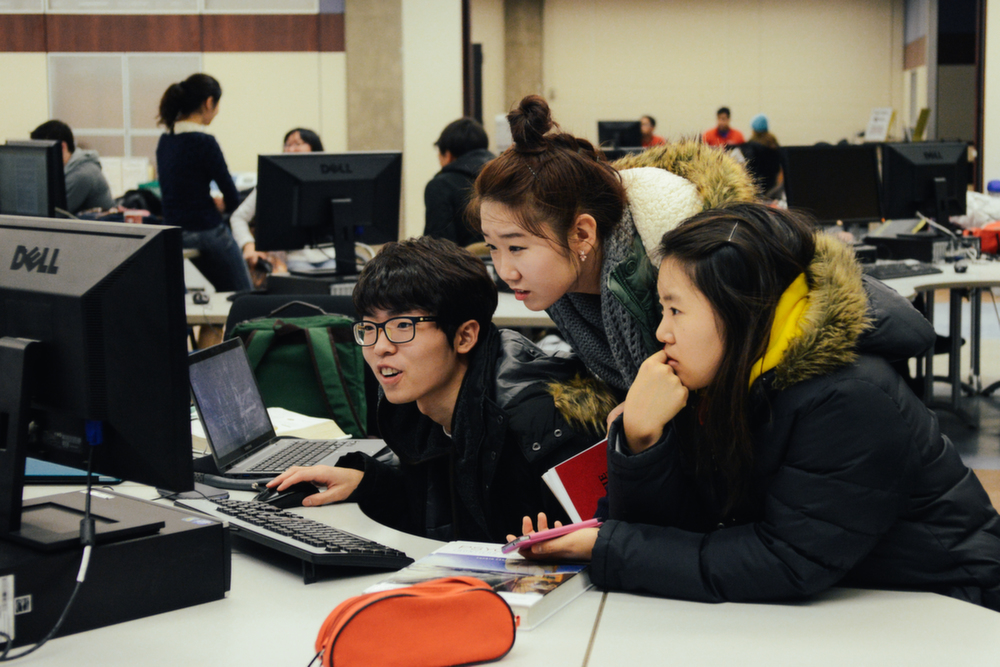 Fewer and fewer international students are applying to Dalhousie. (Photo by Kit Moran)

When Mahbubur Rahman came to Dalhousie from Bangladesh, he didn’t know anything about other universities in Canada.

After completing his bachelor’s degree in civil engineering in his home country, he got a research scholarship from a professor at Dal. Rahman arrived in August 2013 with a lot of expectations. Unfortunately for him, not all of them were met.

Rahman is one of many international students at Dal who came here for higher education, expecting a certain quality but ultimately ending up disappointed. Although Rahman will be finishing his master’s at Dal, he plans on applying to other universities for his PhD.

“I had a strong goal of completing both my master’s and PhD when I first came to Dal, but now I don’t think it’s a good idea,” he says.

According to a number of international students, the main reason they leave is tuition. They pay more compared not only to other Canadian students, but other universities in Canada as well.

Rahman pays $15,000 in tuition fees, which are covered by his $19,000 scholarship—but this leaves him with very little money for living expenses. According to Rahman, his friends go to schools in Alberta, British Columbia and Newfoundland and Labrador. They all received similar scholarships, but pay much less in tuition—sometimes as low as $7,000. This leaves enough money for living expenses, food and travel.

“When I first got the letter about the scholarship, I thought this was a huge amount,” says Rahman. “I had no idea about the tuition.”

Although Rahman was fortunate to receive a scholarship, many students have to take out loans before coming to Canada.

Jomal Varghese came from India in December 2012 to obtain his master’s in Internetworking. To facilitate his education, he took out a bank loan in India. But due to recent tuition fee hikes, this won’t be enough.

The only way these students can support themselves is by working odd jobs on campus for their first six months, after which they are permitted to apply for a work visa to work outside the university. But as engineering students, it’s difficult to concentrate on school as well as dedicate too many hours to work. For graduate students working on their thesis and research, it’s especially difficult to spare the time to work. Even though their studies require them to be completely dedicated, there are students who work 30 hours a week to help with their tuition and pay the bills.

Students in his program take 10 courses over a period of a year and a half. Each course is taught over the span of a month, and the next month is given off so a second cycle of students can complete the course, and so on. Overall, there are four cycles of around 55 students each. Varghese doesn’t find one month to be enough time to learn what he needs to know

“Even the profs agree that one month is not enough time. If they had less students and more time to give for these courses it would be far more effective,” says Varghese.

What Varghese is currently learning isn’t exactly what he finds useful for his degree either.

“There are a lot of useless courses,” he says. “So many of them are not even related to my degree.” Varghese believes Dal will soon begin to lose its international students.

Rahman also had the same issue with his degree when he arrived at Dal and started applying for courses that would help with his research. Unfortunately for him, Dal didn’t offer a number of the courses he needed.

For civil engineering, Rahman needs four courses that are relevant to his research in transportation. He checked other universities and found some that offer diverse courses on the subject—but Dal doesn’t.

“On paper these courses are there,” says Rahman. The Dalhousie course calendar that he checked, both online and the hard copy, listed many courses which weren’t offered when he tried to register.

Lack of diversified courses is a problem for students in other departments as well. Giovana Celli is a PhD student researching drug delivery systems. She came to Dal in May 2013 on a research scholarship from Brazil’s ‘Science without Borders.’ She was offered the opportunity to conduct research with four departments from four universities that are part of a consortium of Canada’s leading research universities, CALDO. Dalhousie University is one of the nine universities that make up CALDO.

Celli chose Dal because she found the project interesting. When it came to signing up for courses, however, she realized she didn’t have many options.

“If you see the whole manual there are a bunch of interesting courses they never offer,” says Celli. “I had a lot of problems deciding on courses because I didn’t have options, so I had to take the ones that were available.”

Course selection wasn’t the only problem Celli had to face. She encountered many problems dealing with living arrangements at Dal, ultimately giving up and finding an apartment.

“I would start here as a PhD student a week later than my arrival so they wouldn’t allow me in residence until then,” Celli says. “I had to stay a whole week at the Lord Nelson and it was very expensive.”

When Celli did get a room in Eliza Ritchie Hall, the condition of the room was not up to par with what she was told.

“It was terrible,” she says. “I hated my room but I thought, ‘It’s ok, I’ll think about it.’ I brought all my cases but I found out my door didn’t lock. I complained two or three times but the only answer I got was, ‘Go back and play with the key.’ That is not an answer.”

Celli ended up going back to the Lord Nelson to protect her stuff when she was later told her room’s lock could not be fixed because it was the weekend.

After getting all the facts about Dalhousie and comparing Dal to other universities, some students choose to move on.

“Dal gets international students, but it’s hard to retain them,” says Rahman. “Once they come here, they learn about all the facts about other universities in New Brunswick, Alberta and B.C., so after all the information it is hard for them to remain here.”