Plagiarism checker up to snuff? 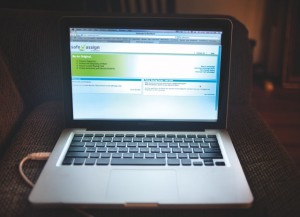 SafeAssign, a Blackboard Learning Systems program, was called in to replace Turnitin after Dalhousie walked away from the contract renewal claiming Turnitin had “broken the trust factor,” according to Dwight Fischer, assistant VP of Information Technology Services at Dal.

In the week before the decision was made, it was found out that Turnitin stored data in the U.S. where it would be subject to the Patriot Act.

While few teachers at Dal have had the chance to use SafeAssign yet, Robert Huish, a professor of international development students at Dal, says he won’t be using it anytime soon.

“Now with the new software the university put in, they’re continuing to make those resources available to us; but what they’re not doing is making any progressive moves on getting any smaller class sizes or teaching assistants where we would not have to rely on that stuff at all.”

First-year classes in IDS can surpass 200 people. In the past, Turnitin has been part of the IDS department’s policy.

“There’s greater emphasis put on solutions in software packages rather than really looking at proper resources, creating support,” says Huish. “But, if you have enough TAs and small enough class sizes, you really don’t have to lean on that software at all. When you are teaching classes with over 200 people, in my case, teaching seven courses this year, it gets tough. It’s a long day.”

Huish says he won’t be using SafeAssign. He doesn’t know if he can trust it after he was originally told that the Turnitin program was not hosted in the U.S., a fact that later changed.

Emily Varto, a professor in the department of classics, was intending to use Turnitin for her 140-person class on ancient mythology. She felt she was left out to dry when the university canceled Turnitin at the last minute.

“I’m teaching a course with lots of writing requirements and Turnitin was supposed to be one of the tools I had but it disappeared right before classes,” she says, “and now with this new option, I just haven’t had time to assess it for this term yet.”

Huish says Dal should be putting the money it spends on the SafeAssign contract towards smaller class sizes and more TAs.

“If the university is expecting students to increase their tuition by three per cent, or more for the international students, than the quality of education better stay on par,” he says. “If we’re just trying to shoehorn people into classes, and not give faculty the proper resources behind it, that’s a problem.”