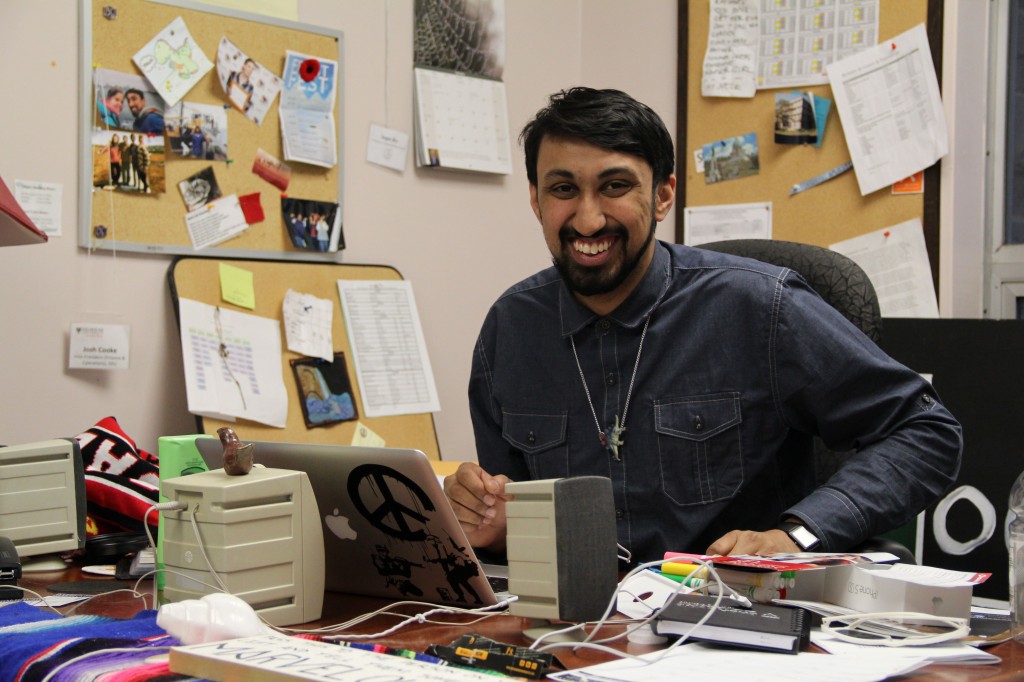 Jha told a surprised council last night he did not want to be held legally responsible for what he believed would be an illegal decision to leave Students Nova Scotia (SNS).

Jha brought up the possibility of a lawsuit for parting ways with the union’s provincial advocacy group.

@DalGazette @Sawgr “Didn’t want to be subject to lawsuits down the road if this was to occur.”

The Gazette reached out to Jha for clarification late Wednesday evening. He did not immediately respond.

President-elect Ramz Aziz is expected to take over Jha’s duties until he officially begins his term on May 1.

Jha’s decision to resign comes only a week after he survived a recall vote held because he violated the student union’s constitution by dropping out of his only class. Although several present councillors supported his removal, a two-thirds majority was required to impeach Jha.

The debate over the legalities of leaving SNS was unclear at the council meeting. Following Jha’s surprise decision, DSU vice-president academic and external Aaron Beale, a proponent for leaving the union’s external advocacy group, told council the union was legally in the clear if they decided to leave.

Council ultimately decided to table the issue until the next council meeting on Apr. 16.

For the second time this semester, the DSU has chosen to leave the Canadian Alliance of Student Associations (CASA), its federal advocacy group.

The motion to rescind rejoining CASA passed with majority support during a sparsely attended council meeting. Sixteen council members voted in favour, five councillors were against the motion and four abstained. The vote was held in secret.

The controversial decision to initially leave CASA, held on Jan. 26, passed with 17 council members in support and 15 against. Two weeks later, council changed its mind, electing to rejoin CASA (19 in favour, 16 against and four abstentions).

Students Nova Scotia was also involved in both of these votes, with council deciding to leave SNS on Jan. 26 and then rejoining on Mar. 12.

Senators to be appointed for full year

The three undergraduate student spots on the university senate were left empty after an invalid election did not give voters the opportunity to vote “no” for any of the three candidates seeking the position.

To fill the spots, DSU council will appoint three individuals based on recommendations from the DSU nominating committee.

At council on Apr. 9, council voted to keep the appointed candidates as senators for the duration of the year instead of solely for the summer and then holding a by-election in the fall.

DSU council had the final say Wednesday on who will be the fifth member of the union executive.

After an application process, the DSU nomination committee put forth Alexa Reedman, president of the Dalhousie Management Society.

Reedman, however, was not council’s choice. They selected Mahbubur Rahman, vice-president finance at the Dalhousie Engineering Graduate Society, for the only non-elected position on the DSU executive.

Adam Anshan also had the opportunity to speak before council to present his case.

The next DSU council meeting will be held Wednesday, Apr. 16.