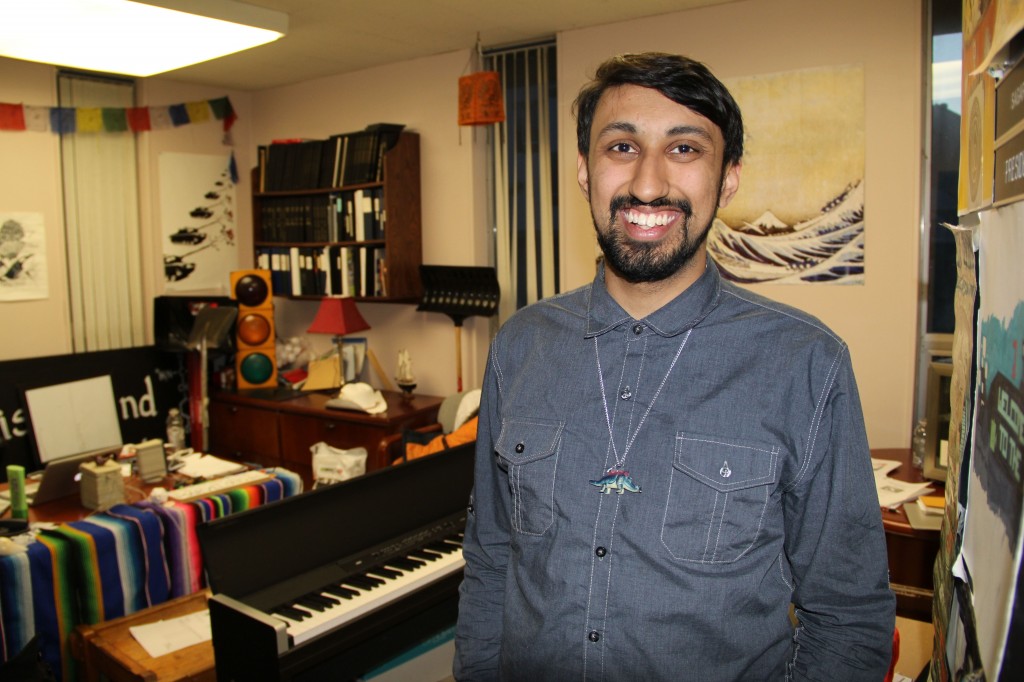 DSU president Sagar Jha, seen here in a file photo from March, resigned from his job on Wednesday. (Photo by Ian Froese)

The Dalhousie Student Union’s now former president Sagar Jha clarified why he decided to resign in an open letter emailed to all DSU councillors on Thursday.

In the letter, Jha explained that he is resigning for one sole reason: he does not agree with the direction that DSU council is taking the union.

“I have seen a shift in culture and attitude, where solid governance, reason and consideration of the entire membership are being sacrificed in the name of personal political and philosophical ideologies,” he wrote.

Jha surprised council with his decision to resign at last night’s council meeting.

The full text of his letter is below:

An Open Letter to DSU Council:

Last night I chose to formally resign during a council meeting. There are a number of specific reasons that have led me to this decision. However, upon a great deal of reflection I have realized that there is one fundamental reason that I had to resign.

I wish to clarify that my decision to resign had nothing to do with either my status as a student, nor with any discussions with Students Nova Scotia or the Canadian Alliance of Student Associations (CASA). Below you will find the sole reason for my sudden resignation.

My reason to resign is simply that I see the direction the DSU council wishes to take the union, and I cannot be a part of it. I have advised council against this direction; ultimately they have decided to not take any form of that advice. I cannot lead the organization to the direction council is setting forward, which I believe goes against the best interest of Dalhousie Students, and the union’s own sustainability as an organization with integrity.

I have seen a shift in culture and attitude, where solid governance, reason and consideration of the entire membership are being sacrificed in the name of personal political and philosophical ideologies. Every motion that comes forward seems to have a hidden agenda and not to have been given proper consideration on its implications. It seems that the union and council are determined to make this agenda the priority over students and the long-term implications on the health of the union.

This has been a year where students have been alienated by the operations and politics of the union. We see this in our 10.9% voter turnout, the lowest in a decade. The Dalhousie Student Union has normalized the practice of making rushed decisions, disregarding its own policies and constitution, and deliberately shutting out opposing arguments against some ideal society or vision that hasn’t been articulated. If the union’s governance does not lend itself to understanding as many diverse perspectives as possible, how can it be considered a deliberate democracy?

If the union continues on this path, I fear that we will be losing those students whose opinions are being neglected. I fear this could manifest itself in specific faculties and student groups legally disaffiliating with the Dalhousie Student Union.

The Dalhousie Student Union has done good work this year. I am proud of the DSU and I believe in it, however I don’t believe in the direction it is going.

This is a plea for next year’s council and executive to restore the relevance and integrity of the Dalhousie Student Union. Councillors, your personal opinions are not to be considered at the table, your job is to represent your constituency. Do not forget that you have legally obliged to oversee the best interests of the Union. If you have not read the constitution and all of the policies, you do not have the right to criticize any of them (as each policy or by-law does not exist in a vacuum but effects other policies and by-laws).

To the average student who may read this (thank you for paying attention and getting this far), thank you for allowing me to serve as your President. I apologize for my sudden resignation. Please, ask to meet with your councillor and urge them to ensure the union’s relevancy. Give them your ideas on how the student experience can be improved in big or small ways.