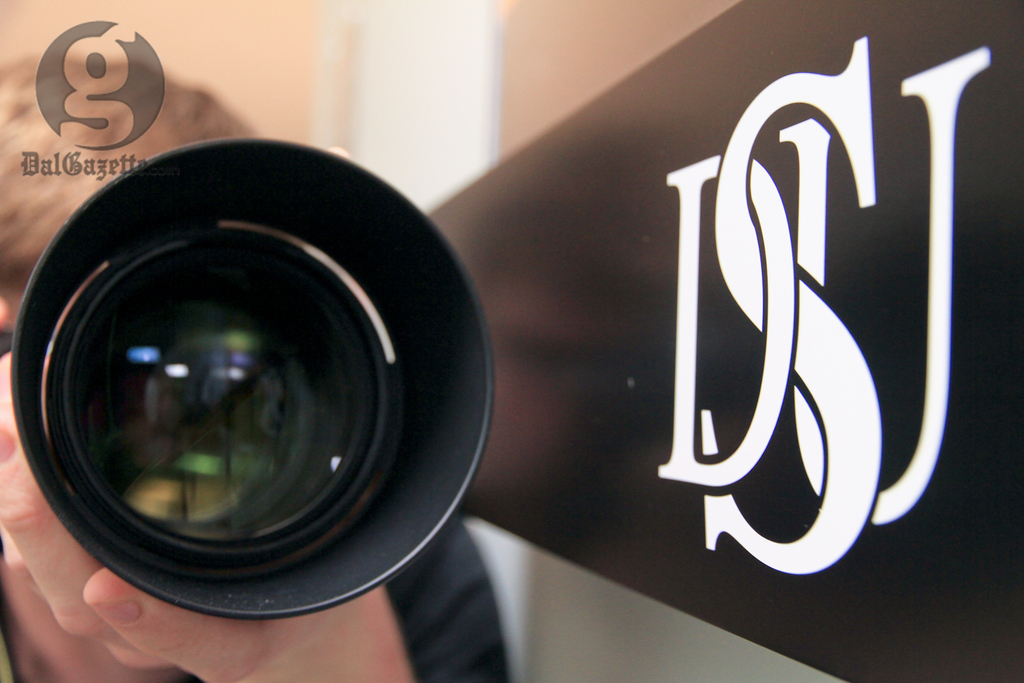 From across the country, Punditry’s got its eye on Dal (Bryn Karcha photo)

Wondering what you’ll do with your life after graduation? Some alumni have come up with a surprising answer: cover student politics.

Punditry.ca is the unofficial home of Dalhousie Student Union (DSU) gossip and political intrigue. The website draws contributors from inside the DSU every year.

“We don’t claim or strive to be journalists,” says Mike Smit, the website’s founder, who now lives in Alberta. “We want to entertain.”

The website covers student union news and is especially active during election season. It began in 2007 as Smit’s personal site, featuring his insights and opinions.

While it seems like a niche topic—and really, it is—followers of Punditry.ca are a dedicated and diverse group, and the fan base is strong and growing. Current students, alumni, and potential candidates in the student union elections are some of the dedicated readership. Lisa Buchanan, a former Dal student, was one of the first contributors.

“Originally it was Mike’s personal website, where he would write about the elections. He relied on anonymous sources in the DSU for information, and I was one of them,” says Buchanan.

The first model included breaking news and leaks from anonymous sources within the DSU, including Buchanan, but was all written from Smit’s perspective. He wanted to change that, letting multiple voices be heard, include more sources, and so Punditry.ca was formed.

However, they’re still not journalists. “That’s the risk of reading Punditry: we don’t think the way most people do, and we put a lot of our opinion into our work,” explains current pundit and fifth-year Dal student Ben Wedge.

“We don’t have a mandate or guidelines, it’s very loose. Mike isn’t our editor. I don’t even know if he reads what we write before he publishes it,” says Buchanan.

First and foremost, punditry is a community. It’s goal is to inform and entertain, making news fun to read, says Smit. It filled a hole that the Gazette left in past coverage, limited by its weekly publication timeline. The website provided live coverage, sources from multiple websites to give comprehensive coverage, and still strives to make student politics
relevant and amusing.

“We have an open commenting policy, for better or for worse,” Smit says with a laugh.

Commenters who start trouble for the sake of it are very much a part of Punditry, but that isn’t necessarily a bad thing. When looking at viable contributors, Smit seeks a debate.

“I don’t want to read someone agreeing with me.”

Wedge is just that candidate.

“I made a lot of snarky comments on [Punditry] over the years,” admits Wedge.

“It all started when the DSU had its largest and best-attended AGMs (annual general meetings) ever, overflowing the McInnes Room both times. This was due to NSPIRG (Nova Scotia Public Interest Research Group) wanting money and a lot of people, myself included, thought, ‘Hey, this is a little silly,’ and we had a lot of fun with that. I started with
Punditry then, just with commenting on the site.”

Pundits are chosen from among the handful of interested commenters based on a few difficult-to-define characteristics.

“Pundits need to have a good sense of humour,” says Buchanan.

“They need to be informed, know about the issues involved. They should have some sort of investment in the student union and some degree of passion for student politics. Love it
or hate it, you have to have passion.”

Wedge is one of the pundits who will cover this year’s student union elections, but he won’t be alone. Even now, he is watching and waiting for potential pundits to recruit.

And Smit has big plans for his small website.”Personally, I would like to open the discussion to all levels of politics: DSU isn’t in the domain name, Punditry is,” said Smit.
“I’d like to see people’s opinions on more than just student politics some day.”