“This is a Canada problem”

Muslim community faces discrimination in Halifax and across country as global politics shift.

On January 29, on a cold night in a small neighbourhood within Quebec City, a man known for his white supremacist views took the lives of six men after their evening prayers at the Islamic Cultural Centre of Quebec City.

Prime Minister Justin Trudeau and Premier of Quebec Philipe Couillard stated that the crime was an act of terrorism. The crime was also a wake-up call for Canadians who believed the country was blissfully immune to the far-right extremists rising to the South and East of the country. 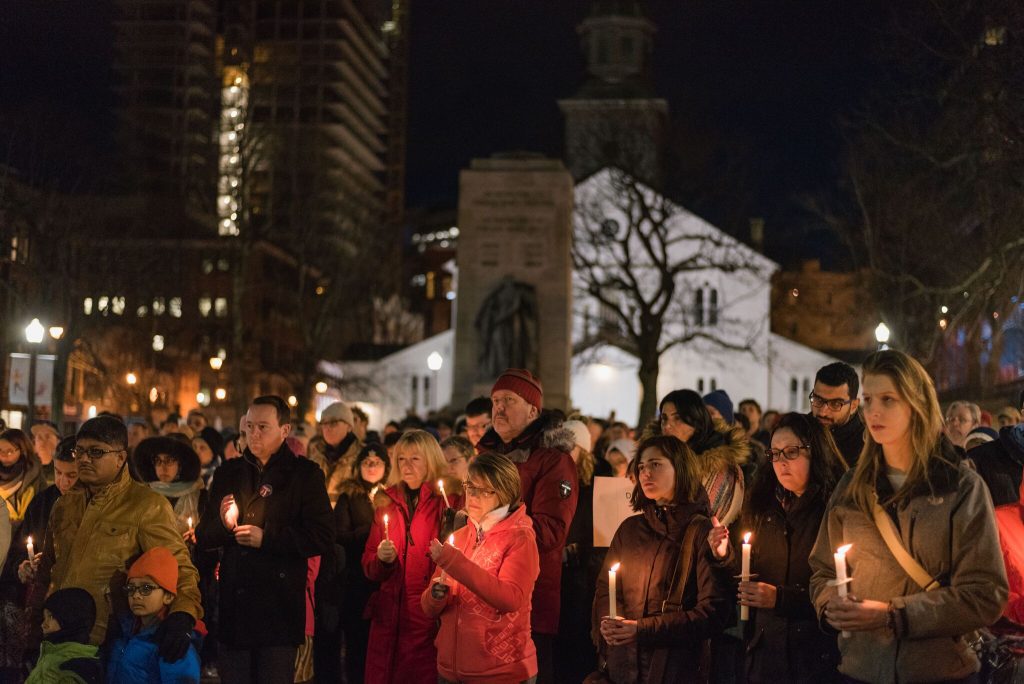 A vigil held in Grand Parade for the six victims of the shooting in Quebec City. Photo by Patrick Fulgencio.

Since the attack, Canadians have become more aware of the countless acts of hatred through vandalism of synagogues and mosques alike, and people looking to capitalize on some Canadians’ fears of Muslims have lead campaigns against them.

A far-right wing propaganda outlet has produced slanderous and divisive material online that is often lacking in any factual content, while some Conservative Party leadership candidates have used the fear towards and discrimination of a religion to try and advance their candidacies.

“Hate is everywhere,” says Eman Aziz, a Liaison Officer for the Islamic Association of Nova Scotia.

Aziz immigrated from Pakistan to North America in 1998, and says his only experiences with Western culture came from what was on television in 1990s. Television shows such as Teenage Mutant Ninja Turtles and Friends, and bands like NSYNC and Backstreet Boys, were the media that he associated with Americans and Canadians.

He moved to St. Louis, Miss., where he first saw and experienced snow, and also dealt with the rising threat of the Taliban.

“Then, life took me to Canada and I ended up in Toronto at York [University], and the year after two planes flew into the World Trade Center,” says Aziz. “I found myself to be part of the ongoing challenge in response to this event.”

Aziz has spent many of his years living in Canada volunteering with organizations, and bringing together the Muslim community with other organizations and communities. He has been awarded by both the RCMP and the Halifax Regional Police for his volunteerism, and has served on volunteer associations at both York University and Dalhousie University.

He believes that one of the ways he and other Muslims can best address Islamophobia is by reaching out to those around, as he thinks it is fear and unawareness that are the root cause.

“Fear is part of our psyche, and when people are afraid they will go into a protective mode. That can translate into all sorts of actions like vandalism and hate mail, and I’m not saying that’s the cause for all of it, but fear can drive our opinions and actions.”

“The opinions that we form out of fear and unawareness will have ramifications for everything that comes after,” says Aziz, speaking on how the fear that North Americans have felt towards Muslims had in turn been the root of President Donald Trump’s travel ban and the Quebec Mosque shooting.

To Aziz, “language is all that we’ve got” in challenging the misconceptions that people have about Muslim culture and feelings towards the community. “The words that we say, the message we convey and the manner in which we deliver the message, all play into either supporting the solution or aggravating the problem.”

Aziz believes that a lot of the problems we have today have been caused by the language we are using, and has in some cases, made things much worse. Such as the term “Islam vs. the West.”

“When you say Islam versus the West, it’s a very misleading term. We have Muslims who were born here, raised here, have jobs here…they’re following Western law, Western values in how to work and how to study, following Western government legislation, they are contributing to the society…this is proof that Islam being against the West doesn’t hold.” 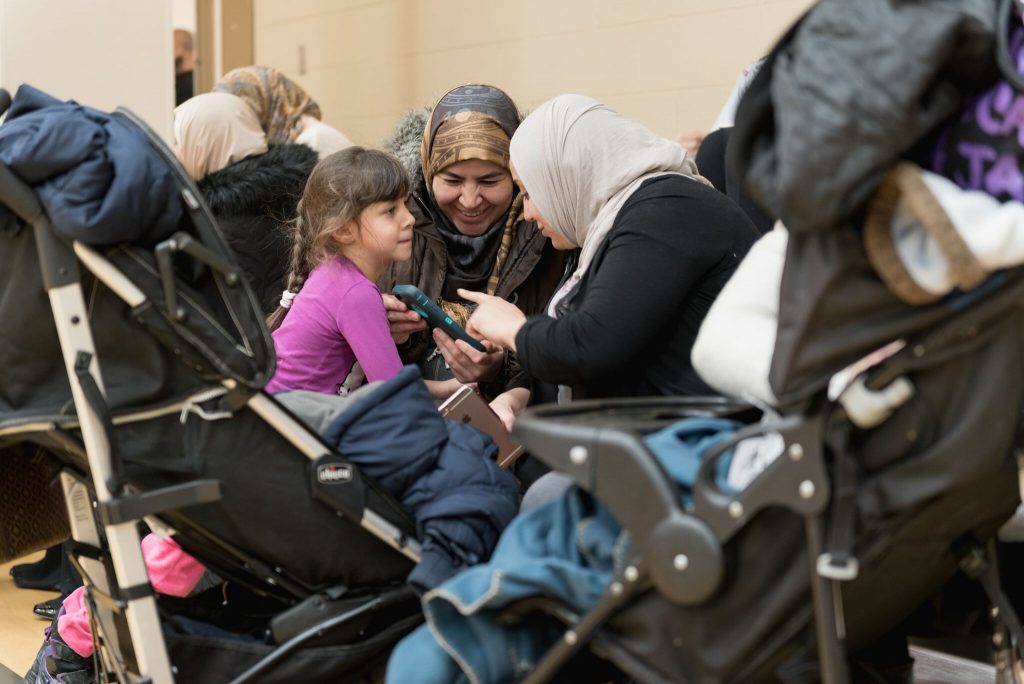 The idea that followers of the Islamic faith does not fit into Canadian values, is one that Kellie Leitch, a Conservative Party leadership candidate, has brought into mainstream Canadian media through her proposed “Canadian values testing” policy for immigrants.

Under the Stephen Harper Conservative government in 2015, her and former-Member of Parliament Chris Alexander, made an announcement on a “Barbaric Cultural Practices tipline,” which they said would be a hotline for Canadians to call in suspicions they had of people not following Canadian values or laws. It was widely regarded as a tool that would be used for Canadians to try and persecute others based on feelings of racism or fear.

Adding a point on the book by Maritime cartoonist, Michael DeAdder: “There’s a special book from a cartoonist, You might be from Nova Scotia if…, and certainly I can relate to a lot of it, but is that the book that will be the test? If you fit into 50 per cent of these quirks, then you can be Canadian?”

But Canada already has this, Aziz believes. “I think what they’re looking for is a common denominator for what we all believe in, and I think we have that: we call it the Canadian Charters of Rights and Freedoms.”

These values align with Muslims, and Aziz states that the belief that Muslims cannot be a part of the West or Canada, doesn’t support Canadian values as Canada is supposed to be an inclusive nation.

“We include the French, we include the English, we include First Nations, and now as we celebrate our 150th, we are including other people who were not a part of this process at the beginning, but they are 150 years later. Who knows who we’ll be in the next 150 years?” says Aziz.

Despite these beliefs, Syrian refugees and Muslims across the world are suffering and being denied entry into Canada and the United States due to fears of possible terrorists entering the country.

“We have people who are suffering, for no fault of their own, their governments have failed them and there are all kinds of political and ethnic violence. They are trying to get away from it, because they are trying to find safety for their families and their kids,” says Aziz.

Aziz has worked with the Islamic Association of Nova Scotia and is trying to provide support to refugees and those affected by the travel ban signed by President Trump.

“We have Syrian refugees who are refusing to apply as refugees with the United Nations, because it kills their chances of becoming a citizen, because of this travel ban. If you don’t register as a refugee, then you don’t get any support. But they are risking everything that they have, simply for a chance for maybe becoming a citizen.”

Muslims in the countries affected by the travel ban are victims of the fear perpetuated by mainstream outlets in the Western world, and Aziz believes that one of the ways Muslims can change this is by reaching out to the people in their lives.

“If we are not part of community, then we are not creating those relationships,” Aziz says. “It could be at school, work, or on the bus or at the mall.”

But Muslims in the West do have a struggle, in deciding how to balance their values in the Muslim faith and also the practices in the Western world.

Aziz used the example of Saint Patrick’s Day as a way to explain how he balances between what he follows in his Muslim faith, and the practices of Canadian culture.

“As a Muslim, I don’t drink. But [on Saint Patrick’s Day] everyone is going to have beer instead of Tim Hortons, or whatever the case is. They have a right to drink, as much as I have a right not to drink. But we share a common value, and that is safety.”

He added, “Safety for self, safety for our neighbour, and safety for our community. That is how I’m a part of Saint Patrick’s Day, even though there is no Muslim connection to it, because I value your safety.”

One of the values of the Prophet Muhammad, Aziz says, is that Muslims care for their neighbours. “Not just Muslim neighbours,” he says, but “just neighbours.” Adding that “we need to be in-touch with our neighbours because if we don’t communicate with them, fear and ignorance will fill that gap every time something happens.”

“You are not being offensive, you are being proud of who you are and you are expressing that pride to immigrants,” says Aziz. “When you share your hockey jerseys, your Tim Hortons coffee, you are sharing your values because they are how you express yourself.”

“Canadians are so sensitive to other ethnic cultures, they start apologizing. But if you don’t ask, then how will you know? We do the same with allergies, asking who has food allergies, and it’s the same. To know, you need to have that interaction.”

Muslim Canadians have been the victim of acts of hatred since before mainstream media began covering these crimes, but with awareness comes the need to address these issues. From 9/11 to the Quebec Mosque shooting, being Muslim in Canada has been a challenge of breaking down the barriers of fear and the unknown, and the responsibility to do so does not solely rest on the shoulders of the Muslim community.

The issue at hand will not be fixed by any government or legislation, as Aziz states that “It is not the government’s problem… it is my problem, it is your problem. We have to find a way to move forward together. Because if we can’t do that, then there is nothing anybody can do to fill the gap between us.”

The hatred and fear that politicians, far-right propaganda websites, and mainstream media has fed to Canadians has not made the country any more immune or safer from acts of terrorism or crime, and has not lead to any success or prosperity for the nation. Instead, the messaging has caused families to be separated by bans, and left others to suffer in war-torn countries while desperately trying to search for a safer life.

Hatred has divided humankind since history has recorded, and in the 21st century, the hatred and fear between the Western world and the Islamic faith has defined it. 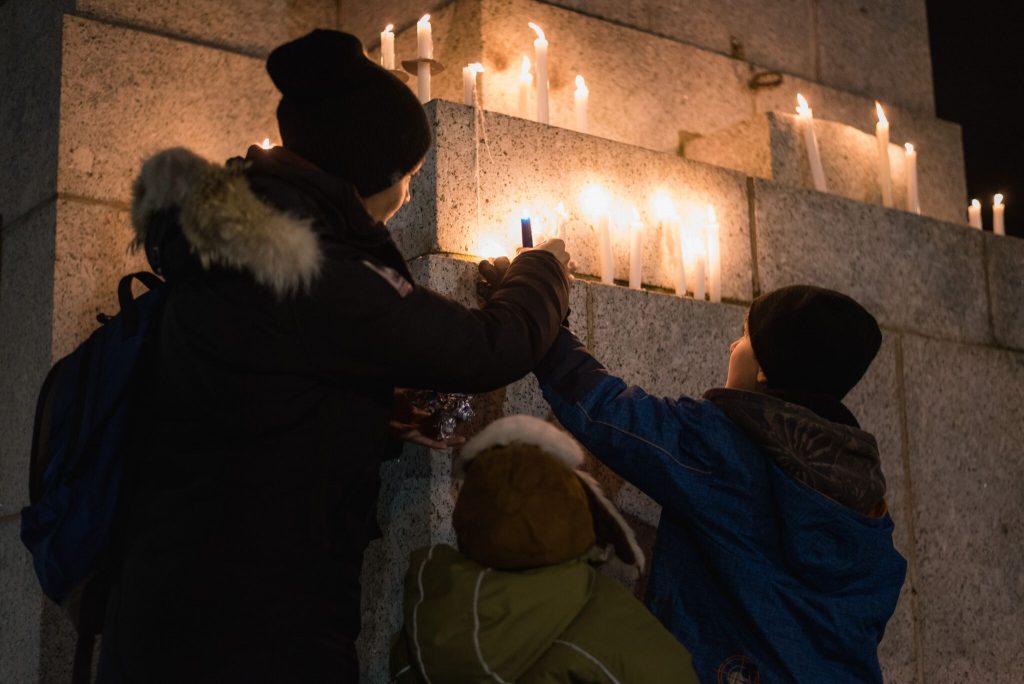