OPINION: DSU’s VP finance and operations should be elected 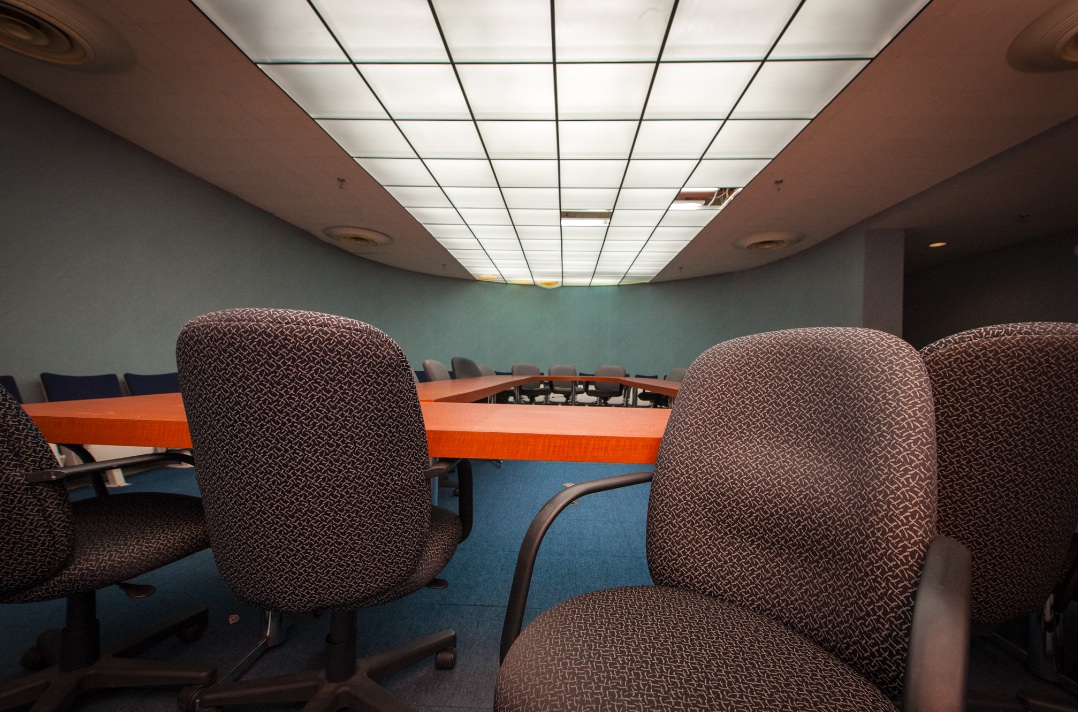 The DSU’s VPFO should be elected to sit at this table. (Photo by Chris Parent)

Accountability, democracy and student engagement were popular buzzwords when I sat on DSU council three years ago. This week the DSU council will have the chance to put its money where its mouth is by making a decision long overdue. On Jan. 29, DSU council will vote on whether to send a straightforward constitutional change to the union’s annual general meeting two weeks later. This decision would make the DSU’s vice president of finance and operations (VPFO) into an elected position, a change that would acknowledge something the rest of our country’s student unions have already realized: students deserve democratically accountable financial decisions.

Students deserve accountable leadership regardless of which position is being filled. As the organization tasked with the representation of all Dal students, the DSU should strive to be as responsive and committed to transparency as possible. Putting the selection of leadership positions in the hands of students allows for our membership to keep a handle on how we spend our money. Budgeting is about priorities and whether we like it or not, financial VPs have a lot of authority when it comes to deciding how we spend student money. It would be in keeping with our union’s mandate to make these decisions collectively by electing the VPFO that most reflected our shared values.

The vast majority of student unions in our country have already come to the conclusion that Finance VPs must be elected. In research I compiled, I found that only one other student union of the top 15 major research universities in Canada do not elect their VP of finance (McMaster Student Union). Similarly only one of the nine universities closest in size to Dalhousie (Wilfred Laurier) has a student union with an appointed VP of finance. In addition, almost all other democratic organizations in Canada elect their treasurer’s or VP finances. Political parties, cooperatives, labour unions and other major institutions elect the person who is in charge of the budget; it’s time we joined them.

I’ve heard the argument made time and time again that financial decisions are best made by experts and not by elected representatives. People say “but we need someone with budgeting expertise,” or they ask “what if someone incompetent was elected?” These questions make sense on the surface, but I strongly question whether a union is truly democratically mature if its electorate and candidates are not ready to have a frank and open conversation about the way money is spent. I further question the ability of a student council to remain accountable to its membership without elected representatives being responsible for students’ money.

While on council, I saw a double standard when it came to the VPFO. Despite being appointed for their “expertise” on matters purely related to finances, they were also voting on every motion at council, as if they had been elected by students. The same thing happened on the student union executive, where the VPFO acted as a fifth decision-maker despite having no electoral mandate.

A financial vision is just as important as a vision for student life. It’s important that our student representatives are able to share this with the rest of the union through their election and by being answerable to an electorate. This process will be invaluable in helping to educate students on how finances are run. While skill at budgeting and crunching numbers is definitely an asset for anyone running to be a VPFO, it’s certainly not the only qualification.

Editor’s Note: The sub-head in an earlier version of this story misrepresented the article. The DSU and McMaster Student Union are the only two student unions in the U15 with an appointed VPFO, not in the entire country. The article made that statement clear.