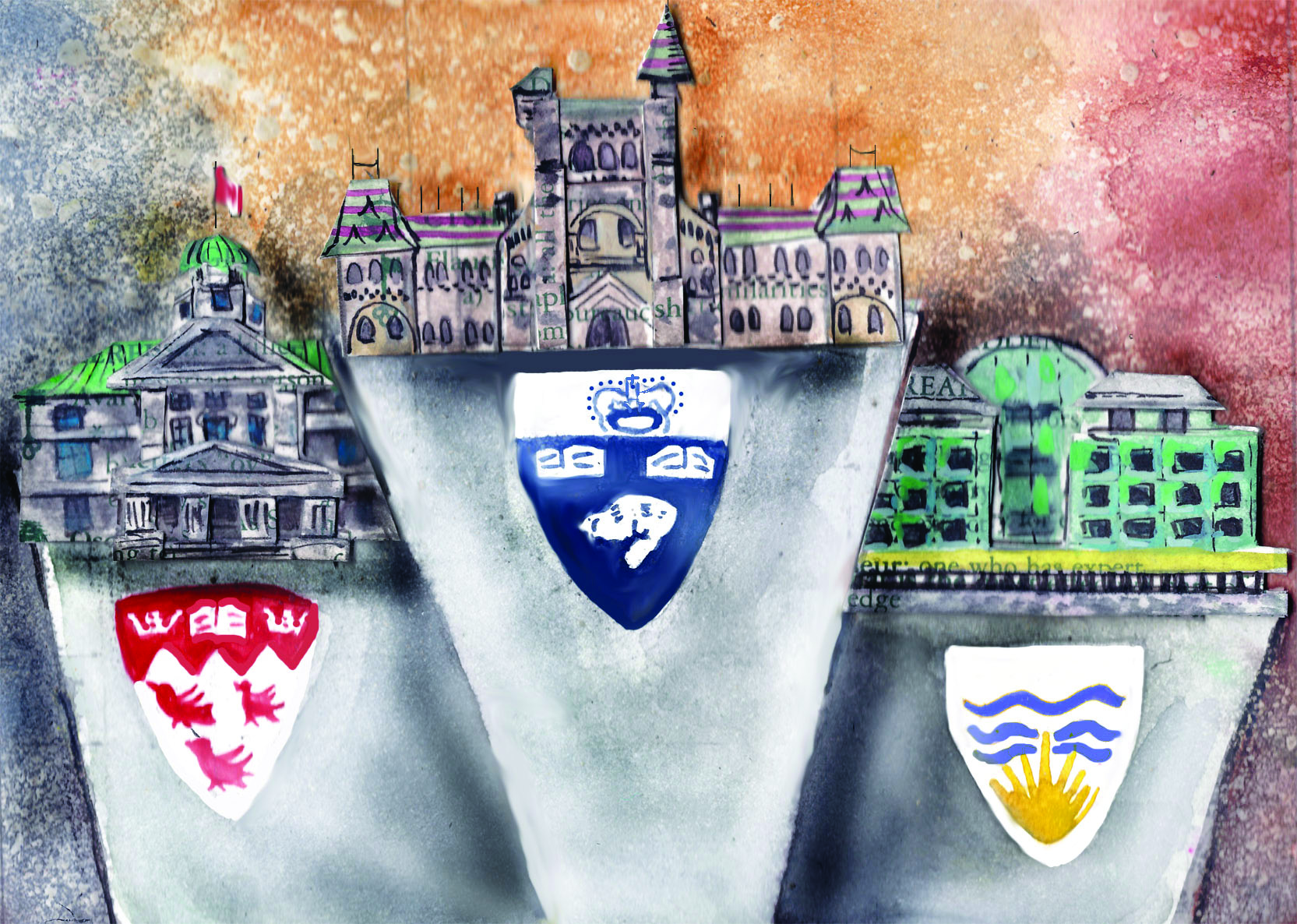 U of T on first, McGill on second, UBC on third (Illustration by Amber Solberg)

Dalhousie University was left off the Quacquarelli Symonds (QS) Top 200 World University Rankings of 2013. Other Canadian universities, like the University of Toronto (ranked number 17) and the University of British Columbia (number 49) are on the list, but we, despite the illustrious state of our campus newspaper, are not.

Of course, it is very easy to look at the series of numbers and say they are not that relevant, and that our school should be on there. Who cares if it isn’t on there? We all know Dal is excellent.

The problem with that mindset is that the majority of our readers attend Dal, meaning we have been here to see the good side of the school, and know first-hand that the rankings don’t necessarily mean you should transfer to the McGill University (21). Dalhousie isn’t just a number to us.

To many people looking at universities to apply to in 2014, Dal is just a number on the list. To a student who is unable to come to Dalhousie for a campus tour, the fact that Dalhousie is not on the list makes it instantly seem like a worse option than University of Alberta (96), or any of the 196 universities I have yet to mention. This effect is redoubled when our international student population is taken into account. We have a diverse campus, and every single one of those students chose to come to Dalhousie rather than any other Canadian university. In the case where a student outside of Canada is looking for a school to attend, having Dalhousie on the list is imperative.

Simply put, these lists are advertising. By excelling in categories like academic reputation and citations per faculty member, we are advertised as being a reputable and exceptional school. Companies around the world spend millions of dollars a year to make sure that people know about them. If the only cost Dal students are paying is making sure that we have high quality teaching staff, well, we should want that anyways.

These rankings are based on a slew of different categories, the most weighted of them being our academic reputation. This is one section where the list seems to falter. The academic reputation of any given university is based off the amount of study being done at the university, not the quality of the teaching staff.

To quote the QS website: “Academics may not be well positioned to comment on teaching standards at other institutions, but it is clearly well within their remit to have a view on where the most significant research is currently taking place within their field.”

This means that the list is ranking the university on its studies rather than what those studying learn here. For us as students, it means that this list is not necessarily the be-all and end-all ranking of the university. It isn’t perfect, but we can’t ignore these rankings.