Not your mother’s feminism 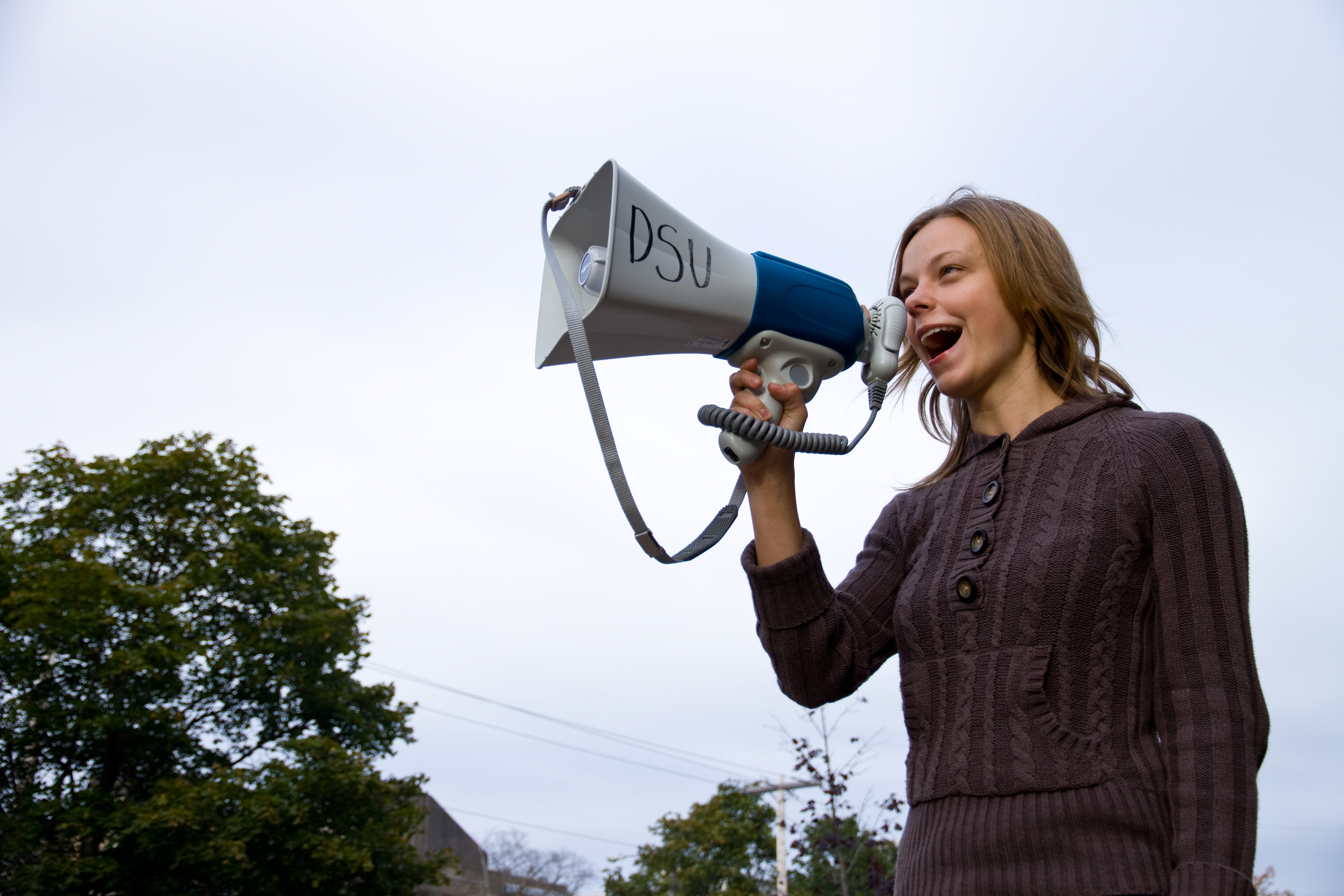 “Women should build each other up instead of putting each other down.” These are the words of Ottawa-area high school teacher, Natalie Simard, when asked what feminism means to her. Natalie replied to the email I sent to a few people whose opinions I wanted on this article.

Then I took to the campus to get the perspectives of the people I see every day. When asked what they thought upon hearing the word feminist, the term I heard most often was “angry.” When asked to describe her reaction, first-year King’s student Hillary Manchester’s reaction was “angry, because they have a vagina.” The media is constantly telling us that feminists hate men. As Dalhousie political science student Alysha Blakey put it, feminists are seen as “angry, hairy-legged, lesbians.”

Another philosophy that people subscribe to is that feminism is strictly a woman’s fight. Saint Mary’s University commerce student JS Whittle described a feminist as “a woman active in women’s rights,” and Alex Martineau told me that a feminist is “a woman who stands for equality.” Both young men assume it is a woman’s responsibility to fight for her equality. I would argue that it is also the job of the men who, simply because they had a penis and the ability to grow a beard, were afforded the opportunity to be in positions of influence in society.

Thanks to the lack of inclusivity in second wave feminism, people feel like feminism is reserved for a certain type of person: white, cis-gendered, atheist, a woman. Maire Cameron, a music student here at Dal, told me that the word makes her think of her mother’s idea of feminism, “more misandry than equality.”

But people didn’t just want to whine and moan about the problem. Many people offered solutions. Asha Katz, an international development student at Dal, talked to me about the word feminist: “It’s a really crucial identifier that needs to be destigmatized and better understood.” In essence, a response to King’s management student Cameron Pryde, who said, “People seem all too willing to label someone a feminist and then discount anything they say because of it.”

There seems to be a relatively even split in the opinions I heard. On the one hand, there are people who firmly believe that feminists are superfluous, angry, bra-burning man-haters. Standing in contrast are the self-identified feminists who are aware and horrified that people think of them that way. The idea I heard more than anything else was that feminists need to stop seeing the world as their enemy, and that society needs to stop seeing women as “other,” instead of acknowledging that they are an essential half of our world.

As I read a draft of this article to my mother, she asked me if I could admit that feminism often does go too far these days. When I took a moment to think about it, I answered that it was true that a lot of people who identify as ‘radical feminists’, like the European group Femen, definitely do take things a step too far. But the fight for gender equality is far from over. It makes me really uncomfortable that when I call myself a feminist people associate me with groups like Femen, simply because often the most extremist groups in a movement are the most vocal.

More than anything else, I want to be able to call myself a feminist— and still be respected as a person.