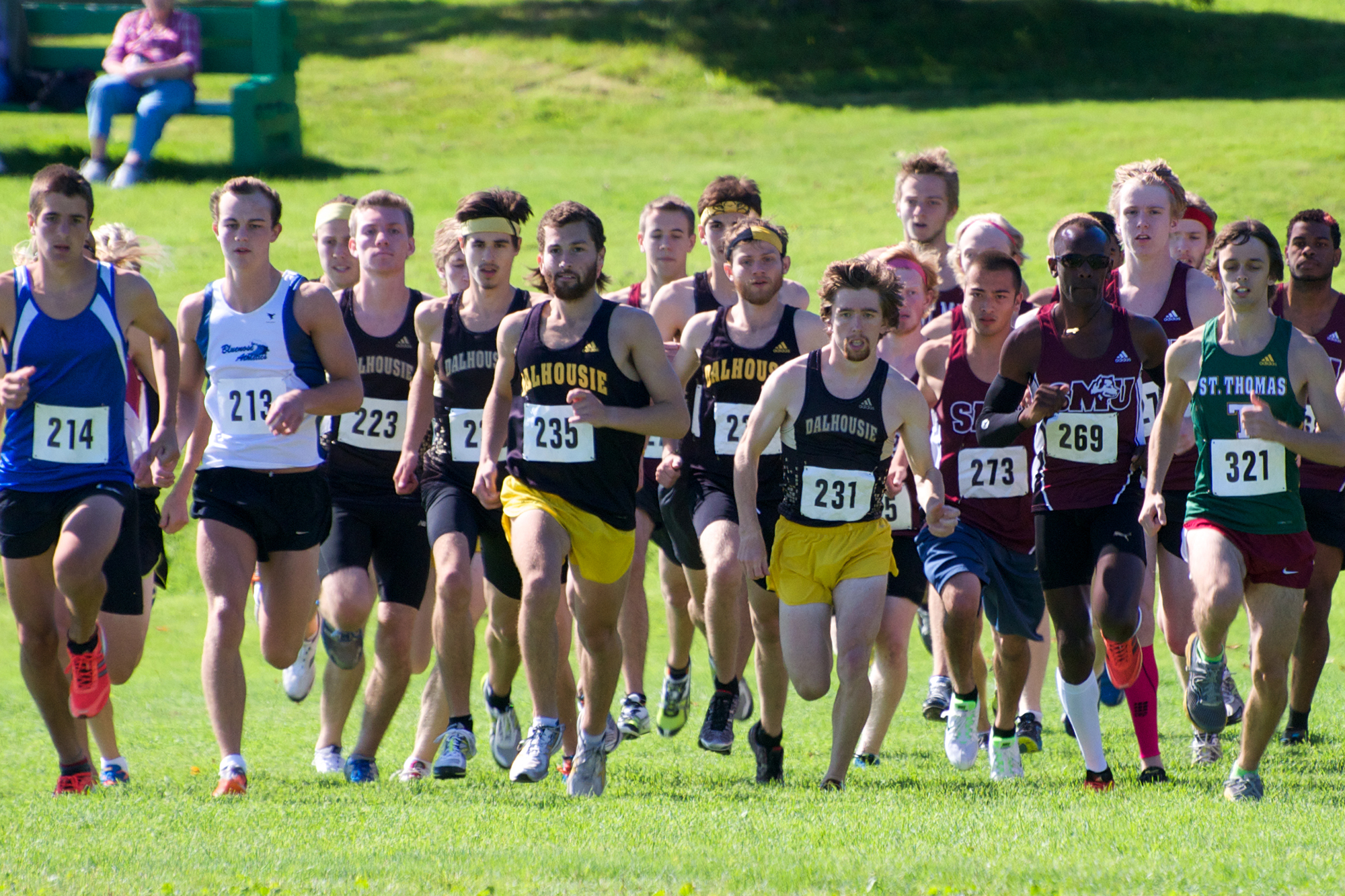 Saturday, Oct. 6 proved to be a good day for Dalhousie’s cross-country runners, as both the men’s and women’s teams found success during the SMU-Dal Invitational at Point Pleasant Park.

The Tigers placed first in the women’s 6km race with a score of 20 points, aided by Ellen Chappell’s individual second-place finish. Melissa Hardy of St. FX won the meet in 21 minutes and 59.06 seconds, followed by Chappell (22:12.51) and Dal’s Anna von Maltzahn (22:40.82). In total, five Dalhousie women finished among the race’s top 10.

“The women were absolutely dominant,” says head coach Richard Lehman. “I mean, a perfect score is 15, and we scored 20. I don’t see us being beaten anytime soon, in this conference at least.”

Lehman is already looking ahead to the next event.

“We race in a week at McGill and there’ll be a few teams ahead of us, but hopefully we get a good test,” he notes. “They [the Dal women] ran together as a pack, which is great to see, but eventually you want to see a race.”

After falling behind during the first lap, McNeil looked to be out of contention. However, a late surge made things close in the final minutes, as McNeil separated himself from the Dalhousie pack and challenged Kuto for the lead.

McNeil attributes his comeback to a change in tactics. “I was going to hang out at the start and let the other guys do the work,” he says, “and I wasn’t going to try and catch John this race…but the game-plan changed mid-race and I did better than I thought.”

Such resilience did not go unnoticed by McNeil’s coach.

“The men had their best race of the year so far [and] are moving in the right direction,” Lehman says. “We didn’t have Will Russell, who is definitely in our first five, [but] we need to have seven guys show up and have their best race on the day.”