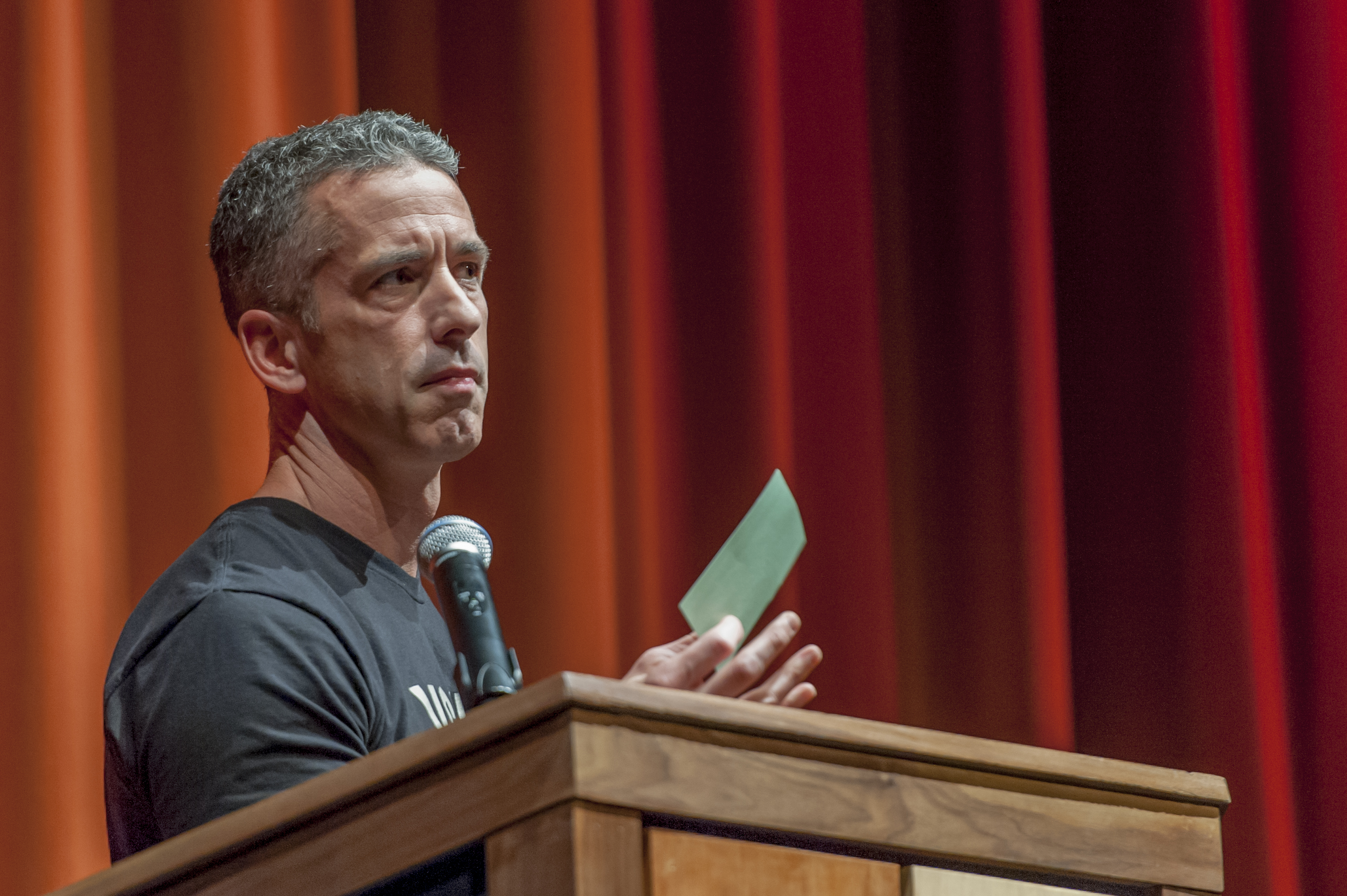 Dan Savage is not one to blush when speaking about ejaculate before a crowd of 200. Rather, he carries on in the same direct way that makes his writing so poignant and informative. He is a man committed to change and truth in a very sex-negative world.

Savage was in town Oct. 3 to make an appearance as a part of The Coast’s 20th anniversary celebrations. The Coast has been publishing Savage’s infamous Savage Love column since 1995, and it has since become one of the paper’s most beloved segments.

Famed for his sex-advice column, as well as his work in starting the It Gets Better campaign to prevent suicide among LGBT youth, Savage is an internationally recognized sex savant.

The event took the form of a Q&A. Attendees were prompted to write their dirtiest longings and questions on cue cards, which would be read and answered by Savage on stage. Savage is not a proponent of censorship; the questions were left unedited and his responses were equally unapologetic. Anyone familiar with the man’s writing style has an approximate idea of how he conducts himself in public.

Throughout his answers, Savage reinforced a notion of vocalization—about how our sex-negative culture reinforces sexual vacancy, and the only way around this is to speak up. He does so bombastically. At one point, he addressed the current sex-ed curriculum in the United States, saying that “kids are coming into puberty not knowing their ass from a hole in the ground.” Savage is a man with strong convictions, which he reinforces with incredible sincerity and intellect, veiled behind a humorous and subversive discourse.

In fact, the entire night seemed to be a statement against the status-quo. Savage raved about the wonder of butt-plugs to an audience in a high school auditorium that was serving liquor.

His audience was in rapt silence one moment, uproarious laughter another; it was as if a favourite relative was visiting after a long absence. He was welcomed like family, and was given a stage onto which he could break down sexual barriers and give an honest, uncensored answer to the dirty question that burns in the back of each of our closets.