The idiocy of binge drinking

Just don't do it

The other night, my boyfriend and I were walking our dog when we happened across a party going on in a flat above us. The party hosted around fifteen guys, bros if you will, toasting to whatever occasion they were celebrating.

I live on a street that is primarily occupied with students, so I can safely assume that this was one of your run-of-the-mill college parties. You know, the ones where they play beer pong, flip cup, kings cup, tippy cup or any other cup game that gets the alcohol into your body faster. They had a funnel too. It looked like great fun.

As my little troupe turned, because my dog had finally made a poo (hallelujah), we passed the party again and I made a remark that really didn’t strike me until just now.

“Wow, you can actually smell the alcohol from here”.

This rowdy gathering of men was consuming so much liquor that its pungent scent wafted its way down a whole story and hit me square in the sniffer. It was binge drinking at its finest and, as I have said before, it looked like great fun.

It seems that the “university experience” and binge drinking are synonymous with one and other and now, with Frosh Week over, I’m sure everyone has a good idea what university and university parties are like. 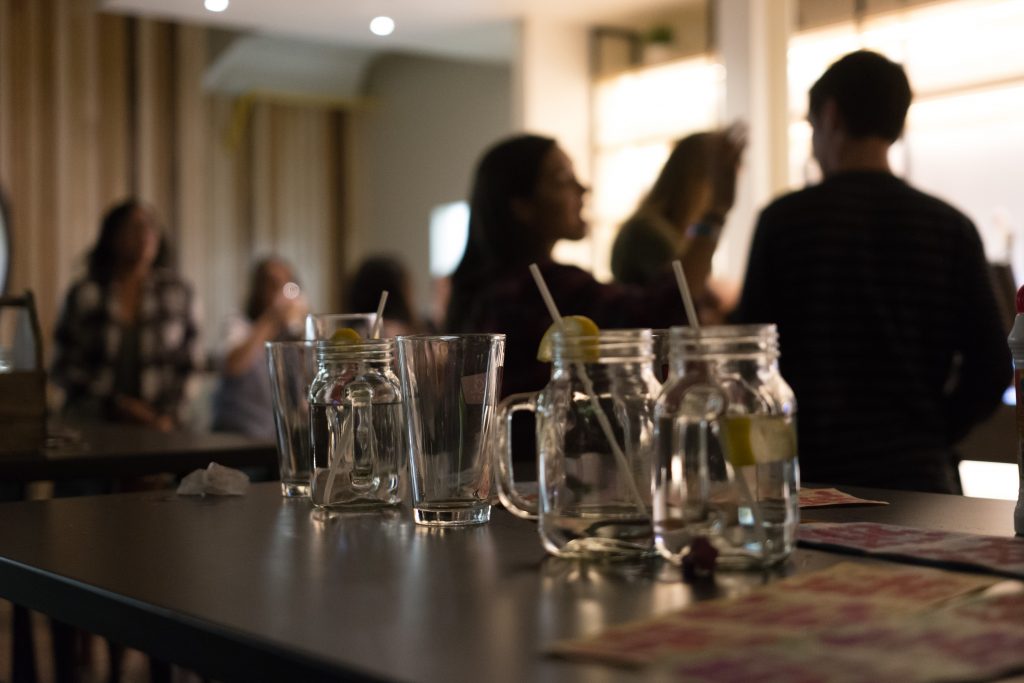 At what point does the university party stop and real life begin? Photo: Patrick Fulgencio

Now, drinking and partying have its merits, and I’m not going to sit on my high horse and act like I’ve never gone to class with a hangover, but why is binge drinking so normalized during this period in our lives?

Not just normalized, but glorified. The person who can slam the most shots is praised while the already-tipsy lightweight cowers in their shadow (by the way, being a lightweight is cheaper). And as the heavyweights get promoted to a drunken god-like status, the perception of binge drinking becomes more and more normalized.

Can we just take a moment, as rational adults, to understand the absurdity of this kind of thinking? There is nothing romantic about getting so wasted that you puke up all the contents of your gut, or being so hung-over that you miss class (again, I’m not perfect, I’ve been there). But is it actually fun?

What aspects of binge drinking am I supposed to be impressed by? The time where you got so drunk you took your top off in true #freethenipple fashion? Or the time you threw up all over your floor and subsequently fell asleep in it?

None of these examples are classy, both of them are things I’ve done, and they and other instances like it are realities of our university culture. I often hear how university is supposed to prepare you for the real world. Because, you know, it’s completely normal to get shittered on a Tuesday night without any regard to Wednesday’s responsibilities. Oh, the “real world”.

This perception of partying and drinking doesn’t just cloud our minds of what we think adulthood truly is, it is also pretty dangerous.

The reason why I started drinking socially was to curb my intense social anxiety during such a transitional period in my life. Over time, especially during my first year, I couldn’t go to a party sober because, heaven forbid, people see the sober me and get to know me on a deeper level.

Regularly using substances like alcohol as a crutch to cope with the stress of socializing, classes, romantic endeavors or money issues is a serious problem in the adult world. Some people call it alcoholism. But, at university, we don’t like labels.