Those “F”s don’t stand for freedom 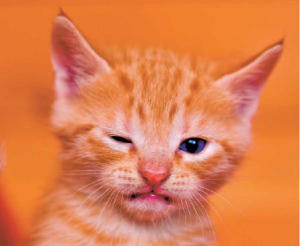 Feelin’ bad about something someone said? Don’t be a censoring sourpuss! (Photo by Tambako/Flickr)

Last week, the Justice Centre for Constitutional Freedoms (JCCF.ca) released the 2014 Campus Freedom Index, an annual report measuring the state of free speech at Canadian public universities. I’m afraid that once again, this year, your university and student union admins have failed in their duty to foster the free exchange of ideas on campus (or at the very least, to stop interfering in it).

Dalhousie University gets an ‘F’ for its repeated attempts to censor discussions on campus involving controversial viewpoints. Most recently, in 2011, the student group Pro-Life at Dal (PLAD) organized a debate on abortion and were charged a $350 security fee. On the night of the debate, despite paying the security fee, the club was suddenly told that Dal’s security officers would not intervene if any disruptions occurred. The room was vandalized prior to the event, and stink bombs were set off throughout the discussion, yet Dal security with its $350 in fees did not intervene to provide security at any point.

The university has not apologized for its inaction, did not refund the security fee and has not taken corrective measures to ensure future events do not face the same poor treatment and lack of protection. In 2010, Dal used the same tactic to push the controversial British MP George Galloway off campus, who was deemed a security risk (“because he speaks about controversial topics”).

Security fees are a popular tactic of censorship employed at other ‘F’ grade universities, such as the University of Toronto and the University of Waterloo. The price for unpopular speech goes to hundreds or even thousands of dollars in that student groups cannot readily afford.

But security isn’t a privilege we pay for on campus – our public universities are expected to uphold the rule of law and to ensure the safety of students, faculty and invited guests on their property. If campus security attempted to charge someone a $350 fee before intervening to prevent theft or violence against them, we would be outraged. We would be even more outraged if they then refused to provide security despite being paid. So should we be outraged at Dal’s attempts to duck out of its own legal responsibility to uphold the rule of law on campus.

Dal must defend the right of all students to express their views and engage in the debate of ideas, not just students who adhere to popular beliefs, tout “safe” opinions, and support politically correct causes. Dal receives more than $170 million in taxpayer dollars each year, in part so it can fulfill this responsibility.

The DSU has the dubious distinction of being one of the 10 worst student unions in Canada when it comes to free speech. The union earns an ‘F’ for maintaining many ‘speech codes‘ – policies and regulations which illegally restrict expression on campus.

The DSU imposes unfair restrictions on student groups, including that groups cannot have a mission that conflicts with theirs – a loaded requirement that can mean different things to different DSU execs. Clubs must also not have a purpose which is deemed to overlap with that of another group – but determining what ideas overlap with others is a necessarily subjective and pointless exercise.

The same illogic is applied to students campaigning for referenda, who are required to join the DSU’s approved ‘yes’ and ‘no’ campaigns in order to fully participate. The DSU also “reserves the right to charge ancillary fees to societies holding events, for services including but not limited to DSU security staff …”.

These policies earned the DSU a ‘D’ grade in the 2013 Campus Freedom Index. This year, the DSU drops to an ‘F’ because it took a blanket political stance in support of the Divest Dal campaign, which aims to see the university end any investments in fossil fuel companies.

As a union that obliges itself to “actively represent the diverse interests of Dalhousie students” it is wrong-headed and damaging for the DSU to take a unitary position on behalf of all its members on an issue that has no direct relevance to them or their union. Since there is no “opt-out” period for the DSU, members who disagree with the Divest Dal movement are thus left misrepresented, isolated and without a voice of their own.

DSU councilors should consider their counterparts at the Queen’s Alma Mater Society (AMS), who believed so strongly in a politically-neutral student union that they enshrined it into policy, committing their union to “a general policy of political neutrality” on issues outside its mandate. I hope this year’s cohort of DSU councilors will agree that a position of political neutrality can, as the AMS says, “better foster openness and inclusivity than a politicized [one].”

There is no reason why Dal and the DSU can’t earn ‘A’ grades in the 2015 Campus Freedom Index. With fresh leadership at both levels, the time has never been better.