We are all complicit in the SMU chant 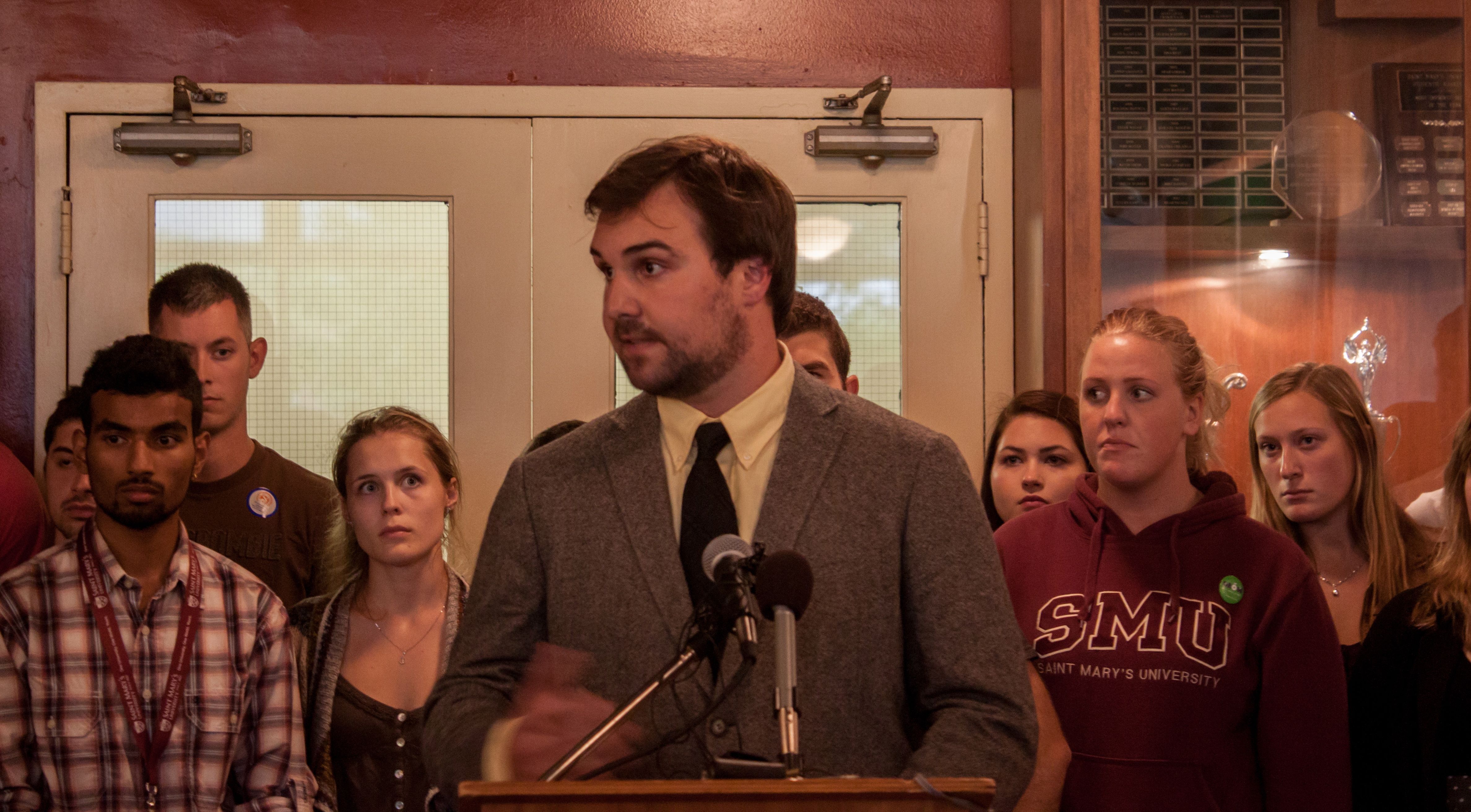 While student leaders must accept responsibility for their actions, systemic violence against women goes beyond any one individual. (Michael Langlais via The SMU Journal)

As you’ve probably heard, Saint Mary’s University made national headlines after a sexist frosh chant was published on Instagram and broadcast by CBC News Atlantic on Wednesday. The outrage is unanimous: speaking on behalf of the school, Steve Proctor called it “sexist and offensive,” and students interviewed by the CBC on campus were united in their disgust. All 80 frosh leaders must attend sensitivity training, and the student union executive will participate in a conference on violence against women at St. Francis Xavier next weekend.

Those who participated in this garbage have nothing to hide behind. “N is for no consent!” requires no analysis or unpacking: it is a deliberate and direct celebration of rape, in particular, of raping young girls.

Of course, the frosh leaders and the student union need to be held responsible for their serious lack of judgment. As Colin Dodds, SMU president, asserted in his statement, school administration also failed in their responsibility to supervise student leaders. However, it is important to also look at the broader social structures that made it possible for university-educated people to step back and let this happen. As Dalhousie Student Union president Sagar Jha so rightly pointed out in a radio interview with the CBC, we must recognize that systems of oppression place good people in positions of complicity. In a summer that saw Robin Thicke’s “Blurred Lines” rise to the top of the charts, it’s obvious that SMU’s slip-up did not occur in isolation. In the same city where Rehtaeh Parsons’ death was treated as a case of online bullying, it’s clear that rape culture continues to be perpetuated at every level of our society.

Sensitivity training and conferences for the leaders involved in organizing the chant is a start, but it is not a solution. The leaders immediately involved in the chant are not the only people responsible for a social situation in which violence against women has been so normalized that chanting “N is for no consent!” met with no immediate disapproval. As SMU student union president Jared Perry pointed out in his interview with CBC Atlantic, this chant is a SMU tradition: this means past frosh leaders and student unions are also responsible for perpetuating this shameful status quo. A recent Halifax News Net article interviewed one third-year SMU student who had complained about the chant last year, only to have her concerns brushed off by administration.

We all need to take responsibility for ending violence against women. Turning issues of rape into entertainment, whether it manifests as a frosh week chant or a rape joke at the dinner table, needs to stop. Take this as a teaching opportunity—and let’s work to make sure we never have this opportunity again.