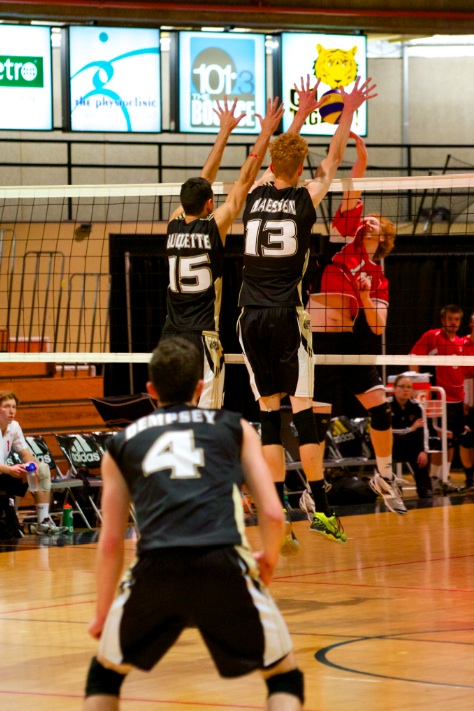 Dalhousie men’s volleyball coach Dan Ota refuses to shy away from the high expectations facing his team as it enters the 2013-14 regular season.

“We’re always looking to win our conference,” last year’s Atlantic University Sport (AUS) coach of the year states bluntly. “We want to be at the national championships at the end of the season.”

Such a lofty objective may be more difficult than ever to achieve. Though the Tigers have won 26 of the past 28 AUS championships, the rest of the conference is beginning to adjust—as evidenced by last season’s crushing loss to the University of New Brunswick Varsity Reds in the AUS championship game.

“Last year, we just had a very bad weekend at the worst possible time,” Ota explains. “UNB is a good team, and our programs have been very close for the past several years. For us to win those games…we just have to be more consistent.”

A relatively minor amount of personnel changes should aid in this search for consistency. Only two starters from last season—Elliot Cohrs and Carsten Moeller—are no longer with the team.

Additionally, as team captain and 2012-13 AUS all-star Bryan Duquette notes, many of his younger teammates gained valuable experience over the summer playing at the Canada Games.

“All those guys that were first-year, second-year athletes last year had this experience at such a high level of competition,” he says. “A lot of guys have matured both on and off the court and it’s making a pretty big difference right now.”

First-year middle blocker Matthew Donovan played for Team Ontario at the Games, but says the transition to university-level competition provides a unique set of challenges.

“It’s a lot faster than in high school,” he remarks. “If you’re not reacting almost immediately…then you’re already too late.”

For his part, Duquette hopes the incoming rookie class—which also includes libero Adam Sandeson and outside hitters Nathan Baker and Scott Bailey—understands the necessity of avenging last year’s title-game defeat. As the team prepares to start the season against defending national champion Laval on Oct. 25, Duquette wants to hold on to the memory of last season’s disappointment.

“You have to use it as motivation,” he says. “That reminder is always in your head, of that loss and exactly how it went down. You never want that to happen again.”