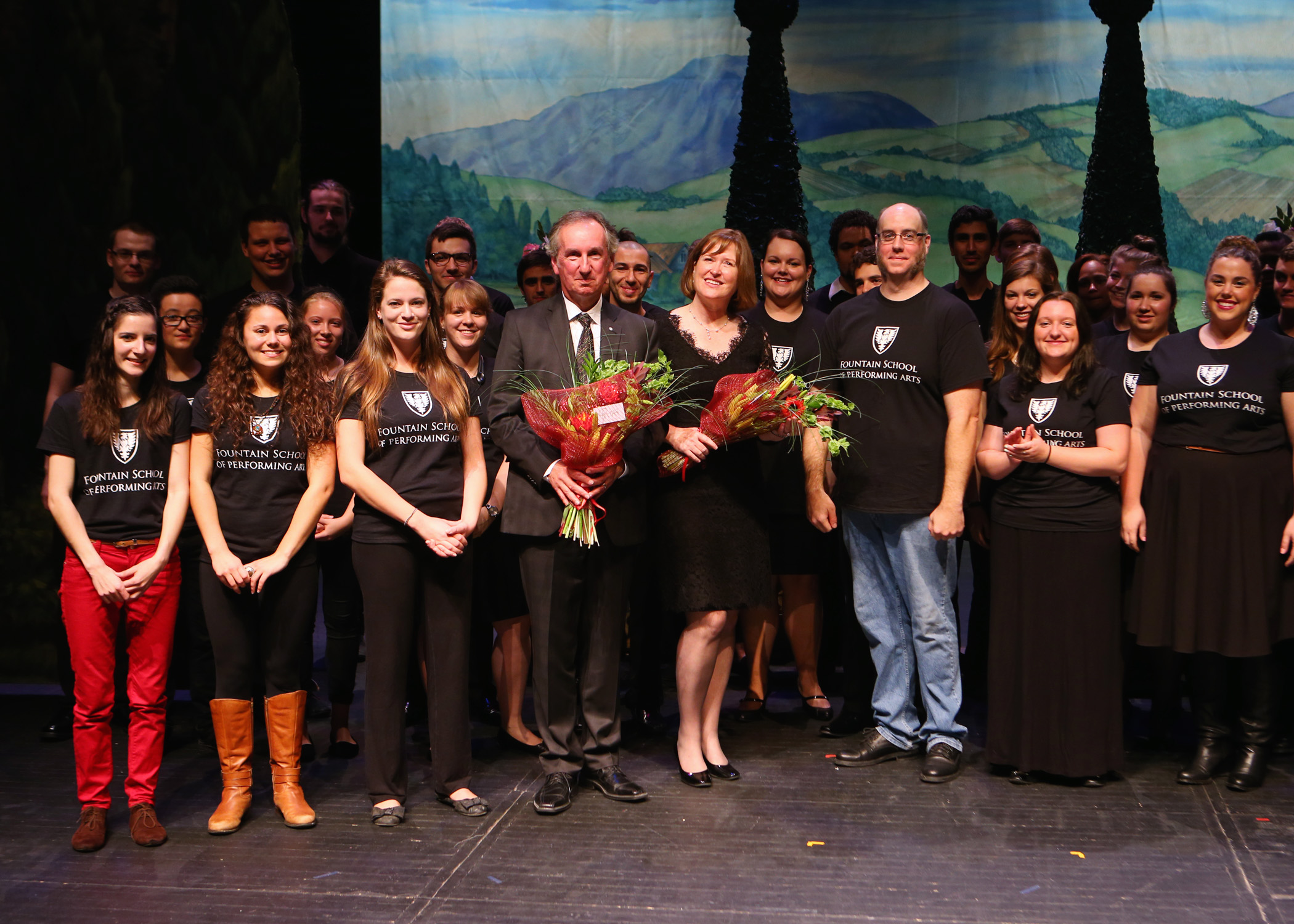 Dalhousie University’s theatre and music departments will merge into the Fountain School of Performing Arts on July 1, 2014.

With a gift of $10 million from the family of Fred Fountain, Dal’s chancellor, going towards the development of the school, the arts community at Dalhousie anticipates the changes ahead.

A large portion of the donation will go towards undergraduate and graduate scholarships.

“Nationally and internationally we’re going to try to make this a destination school, certainly on the east coast of Canada,” says McClure. “It’s the only school of its kind east of Montreal.”

The process of merging the schools has been under development for over a year, since the Faculty of Arts and Social Sciences heard the Fountain family was making a substantial donation.

Second-year acting student Ivy Charles says “I’m so excited about this. We had a big celebration for it. Basically, it includes new scholarships for undergraduate students like me. Since I’m in second year I’m going to benefit a lot from that.”

The donation, which will be invested over the next five years, will also go toward outreach initiatives, the sponsoring of guest artists and excellence awards.

“Arts are definitely one of the least supported things, especially in Halifax,” says Charles. “We have such a good arts community and it really deserves support from the general public, so we’re all very happy that we’re finally getting such a big donation for the school.”

Charles hopes the changes will increase the profile of theatre and music in Halifax.

“I feel there’s a certain reputation with artists, that we’re just not going to go very far and that sort of thing, and that’s just not true.”

According to Statscan, a total of $800,000 in revenue after expenses was generated by the performing arts industry in Nova Scotia in 2010.

Fountain said in May that a lot of areas of Dalhousie achieved very large support from its Bold Ambitions fundraising campaign, but nothing dramatic for theatre and music, and “the funding for the arts tends to be the last on the list.”

McClure says it’s always a struggle in the arts.

The arts are invaluable to living in the world today,” says McClure. “That we need them desperately to know why we’re here, what it is to be human.”