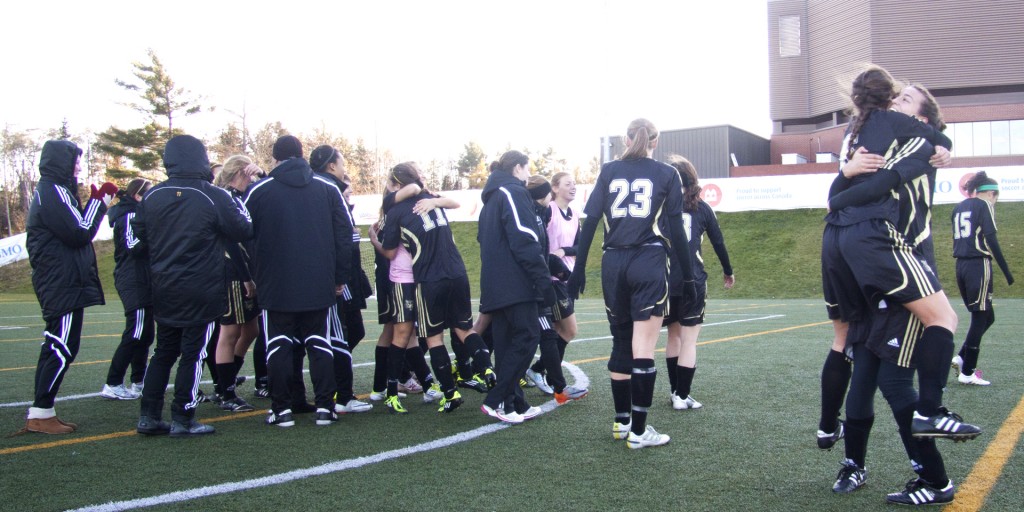 This was supposed to be a rebuilding year for Dalhousie’s young women’s soccer team—a squad with no business vying for an AUS title.

If that is the case, future seasons at Wickwire are looking very bright.

The No. 3 ranked Tigers took their 9-3-1 season record and upgraded it in favour of women’s soccer supremacy Nov. 6 at BMO Centre in Fredericton, upsetting the top-seeded and CIS nationally ranked UPEI Panthers 2 – 0 in a bout that was never out of Dal’s control.

The title marks the Tigers’ first banner in 10 years and the school’s 11th championship, the most of any AUS club.

If you ask Dal coach Jack Hutchison, he’d say this result was in the making from the start of the season. He knew his team was capable of going far.

Dal’s banner qualifies the team to be the sole Atlantic representative at the national championships this weekend at McGill University.

The victory also can be seen as a redemption for a Tigers squad still smarting from past failures. They were disappointingly bounced from the semifinals in 2009 and 2010 after entering the playoffs as the top seed.

Third-year Emma Landry does not recall those past postseasons fondly, although 2011 will play a big part in blurring those memories.

“It feels pretty amazing to finally win,” she said. “The past two years I felt we definitely had one of the top teams in the league, but we couldn’t come out on top. 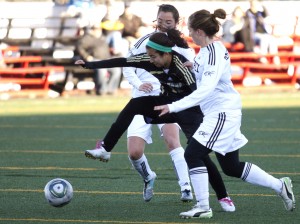 “In this final, we completely dominated. There was no excuse—we definitely deserved to win.”

The Tigers staked their claim to the league crown early in the final match, displaying strong possession, even if they could not score in the first half. The Panthers were undoubtedly hurt offensively by the absence of leading scorer Maria Schichilone, who was sent packing in the semifinal and the final as well for a red card.

Dal came roaring after the half to end the draw thanks to Landry capitalizing on a great cross in the 46th minute. The Tigers held the lead for the remainder of the game, withstanding a desperate free kick during extra time in which every Panthers player, including keeper Chanelle Roy, came forward to the box. It didn’t work, however, as the Tigers cleared the ball, springing it to Joanna Blodgett who sealed the match with the empty netter.

For Rieka Santilli, the victory has been a long time coming.

“It feels pretty great, but it’s more rewarding than anything really, rewarding of our efforts for the past two-and-a-half months. For us fourth-years, it’s been four years.”

The Tigers did not receive a semifinal bye in the AUS championships like they did their past two trips, meaning they must play in the quarterfinals, a change Landry believes might have amounted to Dal’s changing fortunes.

“I was happy to be third. I thought this was the best ranking we could have got. It’s a chance to get all the nerves out of us right away, especially on a team with a bunch of rookies.” 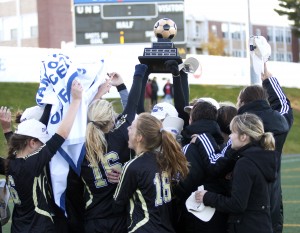 With five first-years on the starting roster, Dal’s inexperience has made their rise to AUS glory all the more surprising, and the usefulness of an easier quarterfinal match a necessity. The Tigers got most of their initial kinks out against sixth-seeded UNB this past Friday in what Hutchison considered their worst game of the weekend, a 2 – 0 victory. The Tigers perhaps faced their biggest challenge the next days in the semis when they were down by a tally after the half to Saint Mary’s.

Hutchison recalls what he expressed to his charges during the break.

“I told them, ‘you guys have never let me down all year and I don’t think you will today,’” he said.

The Tigers wound up following their coach’s orders, scoring exactly the three goals he said would be needed to edge the Huskies 3 – 2.

The rest, as they say, is history.