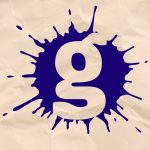 About thirty years ago, my family had a slave named Abigail. She was a sweet girl, but stern, and you could never ever break her. She had a long and narrow face and she was taller than the trees that made a perimeter around the house. She pressed her dress and took care of the house nicely, but I always tried to get her into trouble because me and her didn’t get along. I’d break things and tell my father that Abigail did it because she was clumsy.

My father was an accountant and a heavy man, quite opposite from my mother. He had a thick moustache and a short temper. He’d take Abigail out back and tie her up and he’d whip her bare back with his belt until she couldn’t not cry. After he was done that he’d make her sleep with the dog and she wouldn’t ever get mad at me afterwards because she knew that I could get her sent off and there wasn’t ever gonna be any other family that would treat her as good as we did.

There used to be a cow pasture down the road a ways and I’d run down and climb up on the green gate with a clump of grass in my hand and holler at the cows to come over. They usually didn’t come but I still stayed there anyway because I loved the freedom. I’d pick more grass and throw it into the pasture and sooner or later I saw Abigail coming down the hill. She’d always find me and drag me home by the ear, shouting in it and telling me that my father was going to give me a piece of his mind, but he never would.

I loved those cows and it made me mad that Abigail would come away from the house just to drag me back there. I should’ve been allowed to leave; I wasn’t no slave. But I wasn’t allowed to leave. Ever since that boy drowned in the brook my mother told me never to go out alone because it was just too dangerous. I just started going out at night when they were all in bed and Abigail wasn’t paying no attention to me.

During one of those nightly escapes, I ran across the lawn in such a hurry that I fell and scraped my knee. My dress ripped and a splotch of blood stained it. Crying, I ran into the porch to find Abigail. She was polishing our shoes and she dropped them when she saw me. She held me in a tight hug and I told her what had happened. She took the ripped dress off of me and I stood naked and cold in the porch in my undergarments. Abigail took a small, metal salt-shaker out of the front pocket of her gown. She sprinkled some of the coarse mineral on her hand and then dumped it into my mouth.

“All better,” she said in her rough voice as I walked away.

We had a big wind one week that Abigail was at the house. Every piece of clothing on the outside line blew half way across the lawn. One of my father’s shirts filled up with air and we never saw it again because the wind carried it so far away. I went out to help Abigail, against my mother’s wishes, and I saw that Abigail had a dark bruise around her left eye. I asked her what it was and she said nothing, but I now know that my father was forcing her to have an affair with him and if she refused, he’d beat her.

I used to see Abigail sprinkle salt in her hand and dump it in her mouth as tears rolled down her cheek. She’d do it when everyone was asleep and the fire in the den had died out. Once, I asked her why she did it and she said that it was something that her mother used to do because salt got rid of bitterness.

I’m getting off track. I played a trick on Abigail one night by telling her that my mother was down in the woods and she fell and hurt herself by the brook and she needed help getting back. Abigail left to find her, because she trusted me, and when she was gone I told my father that she was running. He went down into the woods with his gun and I didn’t hear a shot but he told me that he put a bullet in the back of her head. I don’t believe it. I went down to the stream before and I found her salt shaker but nothing else. I reckon she dropped it when she was running. I heard she’s living with you now and I’d like to give her back the salt shaker. Let Abigail know I didn’t mean for her to ever get hurt.