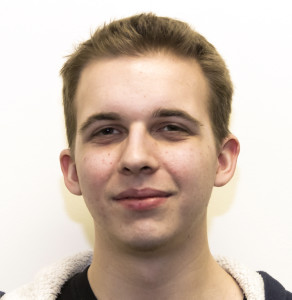 Dalhousie Gazette: Why are you running for this position?

Cody Couture: I’m running because I see a lot of stuff happening at DSU meetings – I’m not the biggest fan exactly of what’s currently happening with the DSU, where I find there’s a lot of transparency issues going on. Students aren’t kept that well-informed, and you really have to go out of your way to try to stay informed, and it’s a lot of work that I feel a lot of students don’t feel is worth putting in. When I go around, and I talk to people, like, “Hey, what do you think of the Dalhousie Student Union?” – I get overwhelmingly negative responses. This is something that they’re paying 140-something dollars into every year, and they feel isn’t representing them, and that’s just a negative thing overall they would probably rather not have.

DG: What do you think of Jacqueline Skiptunis’s performance as VPAE this year?

CC: It’s a bit back-and-forth, I guess. I agree with her on some issues, while on other issues, not so much. Recently, what’s happened with the whole Students Nova Scotia affair, I don’t agree with how that was carried out at all. [DSU council] kind of had a discussion, and then they went into essentially a secret back room meeting, when they went in camera, and evidence was allegedly presented that there was systemic issues within SNS. And then before that evidence was released, before students could judge what they thought of the evidence, they just voted to leave. I mean, that’s not really letting the students have a say, or anything. If the evidence was that overwhelmingly convincing, the proper thing to do, in my opinion, would have just been to delay the vote until it could be released. Because they said it could be released, they just needed time to make sure. There’s stuff like that. That’s not something specifically she’s done, but it’s something she did participate in.

DG: What advocacy work has started this year that you would like to continue?

CC: There was a recent article about program prioritization that [Jacqueline Skiptunis is] against, and I agree with that, based on the reading I’ve done on program prioritization. In my opinion, it looks like what’s going on, it’s like we’re trying to imitate what the US does with their standardized testing for school funding, where the schools that are high-performing get more money, and then the low-performing schools don’t get money. Except we’re just choosing specific programs to do that with, so that programs that might be under-performing in certain metrics don’t get the money they need to actually address issues, and it just ends up in this cycle where they can’t escape their low results on whatever metric they’re measured on.

DG: How do you think the DSU could engage more students in its advocacy efforts?

CC: Personally, I follow their Facebook page and their Twitter, and I don’t see a lot of outreach to students. I try to be involved, and then whenever they’re having their meetings, they make a post, “Hey, we’re having a meeting,” but they never actually discuss what’s going to be talked about at the meeting. If they said, “Hey, this is what we’re going to be talking about, and this is how it affects you,” I feel like people might care more, because they could see how it actually affects them directly. Say we’re going to be talking about tuition fees, or the recent tuition hikes, where the word has been going around with the government that the government’s been talking about that we’ve been shut out of. I feel like saying, “Hey, we’re going to be talking about this tonight at our meeting, it’s going to be one of the central issues,” that people might care more and might actually show up. If you see what happened with the February 4th rally, when people are told, “Hey, this is happening, we don’t think it’s fair, it affects you guys in a very direct way because your tuition might actually be going up by a substantial amount,” people do care enough to come out.

DG: This is the first year the DSU is scheduled for fully independent advocacy. How would you proceed?

CC: First off, I would look at external advocacy groups, see what options are available to us and evaluate them all based on their own. Bring it to students, see what they want: “Do you think we should join another advocacy group?” “Do you think we should just do our own?” And based on the referendums that have happened in the past years, it seems that students were more or less happy with what Students Nova Scotia had. Last year, or the year before, they voted to increase the levy paid to them. [Ed. note: this referendum vote happened in Feb. 2012.] And then you have the DSU, who changed the constitution to allow us to leave without a referendum, and then they just leave. But at that point, are you really listening to the students? Or are you just going for some other kind of agenda that you’re pursuing?

So, I think it’s important to look at the options, lay out the facts, and let the students decide: “Do you want to pay money to this group, do you want to pay money to that group, do you not want to pay any extra money at all?” And then, if they don’t want to, I would look at contacting representatives from every party that’s represented in the legislature currently, talk to NDP, Liberals, Conservatives, talk to the Greens, talk to all the parties and see which ones will fit our interests the best. When you get to that point, you can say, “Ok, well this party wants to work with us, so we’ll talk with them.” Or, “This party doesn’t want to, what can we do to try and change their mind?” Even just contacting current advocacy groups and asking them, like, “Hey, what’s basic things we can do to help get our foot in the door?” Even if we don’t want to join them, if we have similar goals, I’m sure that they’ll be more than willing to help us even just get our foot in the door, give us basic advice.

DG: The administration, faculty and students of Cape Breton University have recently united to call on the federal government for free tuition. What do you think?

CC: That’s a bit of a tricky issue, because there’s not much research done on the effects of lowering tuition and its effects on enrolment. But what you can see is that currently, the higher your family’s income is, the more likely you are to attend university. When you’re in the top quintile, you’re at a 40-something per cent chance of enrolling in university, as opposed to the bottom two quintiles, where you’re at maybe the mid-20s at best. So at that point, if giving everybody free tuition doesn’t increase enrolment for the lower quintiles, for whatever reason, then you’re actually just subsidizing the upper quintiles even more. And I’m saying this as somebody who is from one of the higher-up quintiles, that they’re subsidizing people who don’t necessarily need it.

It would be nice if we had research done on what the effects of giving free tuition to everybody would be, but it’s hard to say as it is. But what there is research on that is shown to work, is taking student loans and converting them to student grants that are based on your needs. And changing the caps on it, too, because currently there’s a cap, and your student loan might not cover your living expenses for a year, and what are you supposed to do if you can’t come up with that money anywhere else? Then you have to get a part-time job, and that can impact how well you can actually do your schoolwork. So converting to needs-based grants, you can look, “Ok, your estimated cost of living is $20,000. We can cover, say, $19,000 of that, get your education, get your grades,” and that can be a more effective method. It gives money to the people who need it the most, as opposed to free tuition where money might go to people who don’t need it as much.