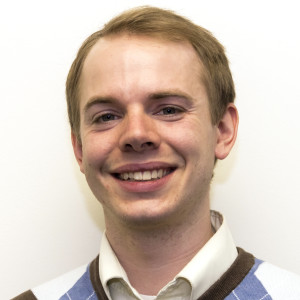 Dalhousie Gazette: Why are you running for this position?

John Hutton: Well, I’m running because accessible, quality education should be available to all, regardless of their ability to pay. And we see that this is under attack, almost every year, almost every day. This comes in the form of underfunding from the government, growing class sizes, replacing tenure track professors that can guide us through our courses with over-worked, contract faculty, and that affects our academics. We see student debt skyrocketing, and we need to do something about this, and so I want to be involved in the push back on the university and make our education better for everybody.

JH: Jacqueline has done an excellent job on the Senate, advocating on academic issues, especially building ties between students and faculty and staff unions on campus. This is really important work, because our learning conditions are their working conditions, so we have a lot in common in what we need to see at the university. Strengthening those ties is what I want to work on, and I think she’s done very well with it.

DG: What are your thoughts on the DSU’s recent disaffiliation from Students Nova Scotia?

JH: I think it’s definitely time for a change at Dalhousie. To actually win an affordable quality education system requires mobilization of our numbers, because we have strength in numbers. It’s clear that giving money to organizations so that they can lobby for us, instead of with us, and not calling for reduced tuition fees hasn’t made education more affordable. So it’s time for a change, and that means doing what we can to mobilize students and run engaging, effective campaigns that strengthen our voice at the table when we do meet with government.

DG: How could the DSU engage more students in advocacy efforts?

JH: I see it as recognizing that the faculty societies are the front line of the struggle, and the DSU exists to help improve them and their own efforts. There’s academic advocacy going on in every single faculty, and there’s not just going to be one or two smart, student leaders that will do it all for us. So it needs to be a movement, there are not one or two people that will save us. So what I want to do is organize some skill-building conferences in early September, so that people can learn to advocate for themselves and build up a movement across campus.

DG: What advocacy efforts from this year do you think were most effective?

JH: I think the group Dal Students Against Fee Hikes has done excellent work. They’ve talked to thousands of students, and gotten hundreds and hundreds to sign petitions calling for more funding, reduced tuition fees and grants. This has turned into several effective actions that have received media, including the February 4th Day of Action, where hundreds of Dal students and thousands of students in total took to the streets. And that won us meetings with the Advanced Education minister, the Finance Minister, people have been willing to talk to students all year about the MOU process, so that was a very effective action and we’d like to continue that.

DG: Do you believe that the Dal student union should join any external advocacy groups, and if so which ones?

JH: I don’t think we should commit to those decisions right away, I think we should be looking at our options. Because whatever we do, the priority is strengthening our capacity here at Dal locally. It means building, from the ground up, a movement in every faculty, that’s capable of attracting people. Because an effective student union model isn’t one based on a couple of well-educated, articulate leaders, it’s one that is as close to the ground as possible, so students should know who their society representatives are. Because if you put members on the Arts and Social Sciences Society, the Engineering Society, students know these people because they’re in their classes. So a decentralized student movement, that’s the way forward for this year.

DG: This coming year will be the DSU’s first year with independent advocacy. How will you handle that?

JH: Decentralization and democratization is the way forward. It should be bottom-up, it should be based on faculties and working to strengthen capacity across the university.

DG: The administration, faculty and students of Cape Breton University have recently united to call on the federal government for free tuition. What do you think?

JH: I think it’s a great idea and we should absolutely be supporting them. Free education across Canada through the PhD level would cost $6 billion. To put that in perspective, a GST increase of 1% could fully fund that, or we could just return corporate taxes to the level they were before Stephen Harper got elected. It’s a surprisingly realistic thing to say free tuition and in fact more than 20 countries worldwide already do this. So we should definitely be calling for this.

DG: Is there anything else in particular or parts of your platform you’d like to discuss?

I also want to ensure that international students are at the center of my efforts, that means reducing the differential fee but also finding free health care on arrival for students, and lobbying the government for a better immigration process, so they can get PR (permanent residency) after they graduate.