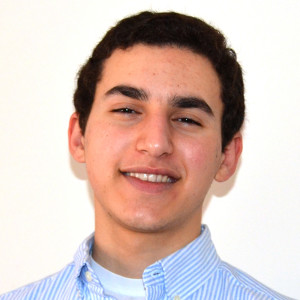 Dalhousie Gazette: Why do you want to be on Dalhousie’s Board of Governors?

Yazan Matarieh: Well, I think that Dalhousie University has a lot of potential. Dalhousie has a lot of things that it can improve on. But I think it’s heading in the wrong direction, administratively. There are a few issues that the university is not handling well. Issues of transparency, of communication with students, issues of tuition fees, tuition fee hikes. The issues of transparency and communication, what we’ve seen for a while now, the university has been very obscure in how it handles issues that relate to students. You’ll see in the issues of misogyny in the dentistry department, the student body has been left out and shut out quite effectively. And there’s the issue of communication. We’ve had the ombudsperson office removed and scrapped in 2012, which meant there was no way for students to anonymously and safely carry their concerns about the university to the Board of Governors and to the administration. So there’s that issue.

There’s [also] Sexton representation. There’s been talk about converting the old central library into an extension of Sexton campus. So that has been talked about since two years ago, we’re still approaching the implementation of that. Being a Sexton student, I can offer a lot when it comes to knowing what Sexton students need, what they can offer themselves and invoke on the Board of Governors. It’s an issue of transparency and Sexton representation, as well as tuition fees.

DG: What did you mean when you said Dalhousie has potential?

YM: We can see that there’s a very vibrant student culture here. By that I mean there are a lot of student groups that are very active in terms of awareness campaigns, in terms of things that are to the core, that tackle issues here in Halifax and at Dalhousie. You have South House dealing with women’s issues. You have DalOUT dealing with gender issues and LGBTQ community issues. You’ve got NSPRIG which is working with Divest Dal, working with so many other groups. You have this new group that just popped up called Dal Students Against Fee Hikes, dealing with tuition hikes that aren’t fair to students.

So the fact that there are so many organizations that tackle the issues that the university is not dealing with means that it’s lacking a lot of resources they can utilize. So it’s missing out on a lot of huge resources and this huge potential. And I want to be part of changing that. I want to act as the connection between the Board of Governors and the student body. Being a Sexton student, being someone who’s involved with NSPRIG, student council, having a lot of experience in this matter, I think I have a well rounded understanding of what students need and what should be pushed for.

DG: What would you do if you’re elected?

YM: My platform is available online at voteyazan.wordpress.com. My platform is very simple: improve transparency, create an ombudsperson position, allow students to voice their concerns, expand safe space and space for anonymous reporting of concerns and issues.

Of course, I want to be vocal about what’s happening at Sexton. There are a lot of classrooms that don’t fit the right number of students. You have a room with a capacity of 92, but classes of about 100 people have to fit in that. Changing that lack of attention that’s paid to Sexton is very important.

DG: What experience do you have with Dalhousie’s Board of Governors?

DG: If you had been on the Board of Governors this year, what would you have brought up?

YM: I would have brought up the Sexton issues, first of all.

I mentioned how Sexton doesn’t have enough classrooms. I’m a second-year engineering student, which means that because there aren’t enough classrooms – I regularly walk around 200 or 300 other second year students between campuses, in the span of 20 minutes that is shortened down to 10 minutes to get to classes.

So, I would have brought that up to the administration. I would have said there needs to be some sort of attention to Sexton students, and the fact that they’re spending so much time just to find the right classroom, that’s not appropriate.

I would have also brought up the issues of how Divest Dal was brushed aside. Divest Dal had a very strong campaign for environmental justice addressing Dalhousie’s connection with corporations that contribute to climate change. The university claims that we’re leaders of sustainability and so on, so we should have addressed that from that perspective, and became leaders in Canada, and changed our divestment policy.

I think I would have also brought up the fact that the university has shut students out of the memorandum of understanding talks. Every few years the provincial government and the universities come together and they agree on how to limit fee hikes. So for the past three years, it’s been capped at three per cent. Every year the university can cap tuition fees by three per cent. Historically, students have always had a seat on the table, not voting, we didn’t have much of a say, but we would tell them, we do like this or we don’t like this. This year, there’s a new memorandum of understanding being agreed upon and students are shut out. That the university is not addressing that means they inherently see us not as individuals with the same goals, not as groups with the same goal of improving education but as antagonists. And that’s a problem, that’s a view that needs to change, and I want to be a part of that.

DG: What role do you see the Board of Governors having in the upcoming year?

YM: CBU (Cape Breton University) initiated a nationwide campaign for the reduction and elimination of tuition fees. So given the proximity of Cape Breton and Halifax, we are bound to discuss this sooner or later at the administrative level. There’s already a lot of pressure, a lot of ideas being talked about among students about how we can bring this topic to Dalhousie. So I think that’s going to be a big issue next year. And I hope the administration will take the side of the campaign and for once take the side of students and say, we need to reduce tuition because education is not a burden, it’s a right.

Another thing that I see is conversations about safe space, about women’s issues. So you’ll see for example, given our issues, given the recent incidents in January, Dalhousie has been the centre and the focal point about women’s rights, women’s issues. And part of that role has to translate into discussions about how we can improve safe space, how we can improve the communication between students who feel like they have certain grievances that need to be addressed by the university and by the administration itself.

DG: Is there anything else you’d like to say?

YM: I’m excited to see how this election will turn out. I think we have a very interesting lineup of candidates and I think the election will be positive for the DSU. As far as I’m concerned, people can always access my platform at voteyazan.wordpress.com. It’s quite detailed, it talks about me, about what the Board of Governors is, what points I plan to carry.