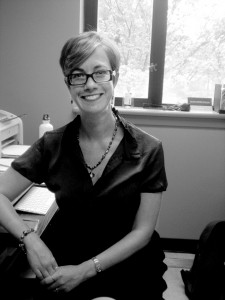 The new season for Dal’s theatre department will be a busy and eclectic one. According to department chair Roberta Barker, the plays being staged this year are drawn together by the phrase “the marriage of true minds.” These words, as well as their source–Shakespeare’s Sonnet 116–sum up the underlying ideas present in the 2011-2012 season: love, youth and the question of the ideal relationship and partner. Although the four plays chosen could not, at first glance, seem more different from one another, it is these themes that give unity to the season, and give those involved the opportunity to explore a universal notion from many perspectives.

The season’s offerings span over a century of drama, though all the plays are from the modern era. The oldest is Oscar Wilde’s witty drama of manners, Lady Windermere’s Fan, published in 1892, and the most recent is While We’re Young, published in 2008. Also included this year are Federico Garcia Lorca’s visceral and challenging Andalusian drama, Blood Wedding and the complex La Ronde, by Arthur Schnitzler.

Barker describes the department’s deliberate process of choosing plays for this season as a search for the right combination of challenges and opportunities. She says the plays must be diverse enough to capture a wide range of styles, stories and technical feats, but that some continuity must also be found in order to form a solid ensemble of plays. She adds that they must offer something to students from every corner of the department, from costume and theatre studies, to technical scenography, and must offer enough roles to be filled by the students of the acting program. Furthermore, they must provide sufficient educational challenges to those involved, and allow the students to fully develop their skills.
Barker says the plays are chosen the previous year, and once selected, they are examined in search of a common, underlying theme or idea. “This year, they’re in totally different styles and all take on the idea of love,” she says, highlighting both the diversity and the thematic consistency of the four plays.

This season will certainly face no shortage of challenges. Barker says that Blood Wedding’s unusual inclusion of the moon and death as characters will allow students to devise a creative way to represent such figures, and that the sexual material present in La Ronde will bring up the question of how best to approach such subjects in theatre. While We’re Young is both temporally wide-ranging and emotionally charged, as the tumults of Canada’s history are faced by the characters. Lady Windermere’s Fan will give costume students a chance to increase their familiarity with corsetry and period dress, as well as presenting its actors with the task of portraying the polite, yet bitingly witty society Wilde’s play captures.

The material, however challenging, is in good hands. Barker is confident that the students of the department will rise to the occasion and make this season unforgettable. The dramatic, technical and visual possibilities present in all four plays will give performers, crew members and audiences alike a chance to view a well-known and oft-explored theme from many sides.

The Dalhousie Theatre season begins on October 12th with While We’re Young, which runs until October 15th at David MacK. Murray Studio.