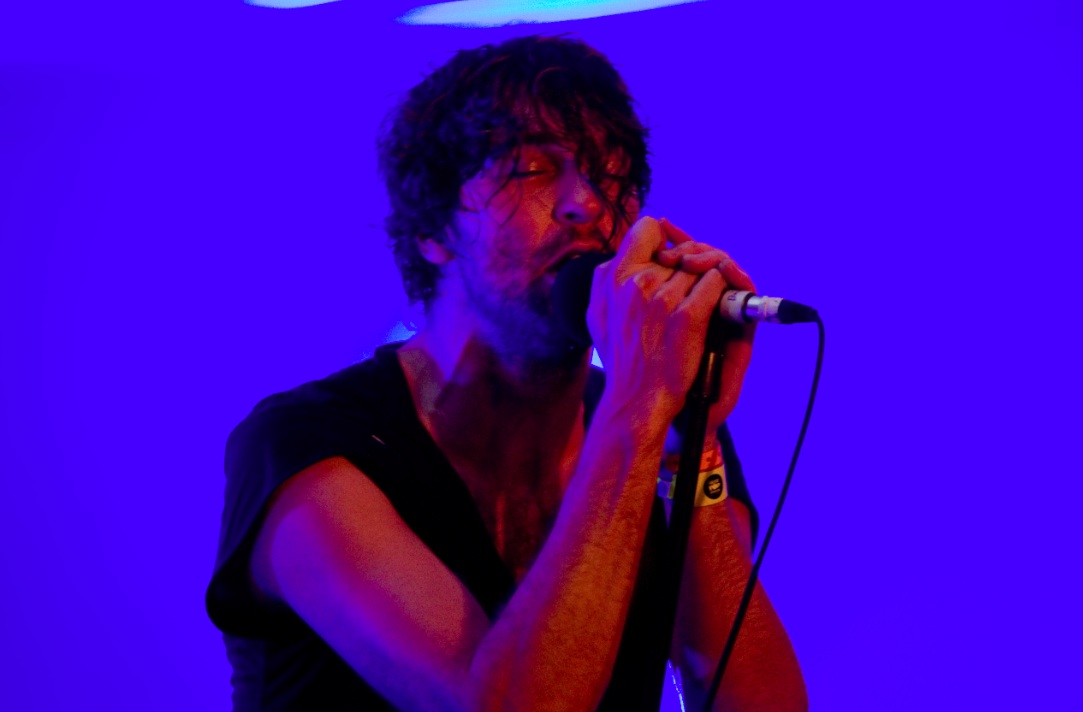 The walrus is lumbering, majestic and 2,000 lbs., a gracefully corpulent beast that slithers through the glitter of the arctic.  His beard and tusks are ancient. He dances with Sedna, guardian of the underworld, at the bottom of the frozen sea. He has a dignified wisdom in his raw, blubbery skin.

This, too, is Walrus, the Halifax psychedelic pop group that summons the spirits of ‘60s rock gods with wintery gris-gris. Walrus’ joyful howls and hand-beat bongos brewed up a storm that could have called up the corpse of Jim Morrison from his Parisian grave for one last hit, or returned the mind of Roky Erickson to sanity. Dapper Haligonians The Everywheres wear their guitars high, as garage rock devotees should. These are the old-man pants of the music world, arm-pit level and khaki. Lou Reed died a few days later. I wonder what it means?

If you look up you’ll see a bicycle, pieces of a mannequin, hubcaps and assorted junk. You’ll see the mirror-mosaicked cathedral ceiling shattering the image of the crowd into pure sound. There are no locks on the bathroom stalls and there’s pizza in the basement. The crowd is older. Fewer cumin scented kids with artfully tousled hair, more horn-rimmed glasses and knowing nods. Paul Mortimer and Simone Schmidt are trading off on vocals, their bourbon marinated pipes sounding tough enough to fight over the last scraps of grizzle; they’re broken and still going, work boots with the heels falling off.  Former members of alt-country group One Hundred Dollars have migrated into The Highest Order, the mutant children of Patsy Cline and the Pixies. It’s weeping steel pedal guitars rum drunk at a Mexican resort.

Laura Lloyd has the shiniest hair in the world. I swear to god, this is some serious white blonde that shines like the iridescent, plastic hair of a My Little Pony. It covers her face as she struts over sludgy riffs and apathetic pop drones. Robin Zander would be jealous. No Joy sound like they are spit from the maw of tumblr: pastel, Cobain loving ladies issuing Dinosaur Junior, aloof to perfection.  But they’re really virtuoso noise, students of blown-out shoe-gaze sonic holocaust. Some of the audience vanishes as the feedback rises. They know a storm is coming, and they want to get out of the way.

Besnard Lakes start in, groovy and fantastic, a prog-partridge family.  Smoke fills the room. The drugs kick in and the audience is slow surfing on the heavy, dark lead waves. I think I see the round head of Damien Abraham bobbing across the room. The lakes are completely obscured by fog. When it starts to dissipate, more hisses out from a pipe at the back of the stage. This is what we’ve waited for, a rock opera to keep us dancing through the night and into the next day, something to remember this year by as we curl into sleep for the winter.