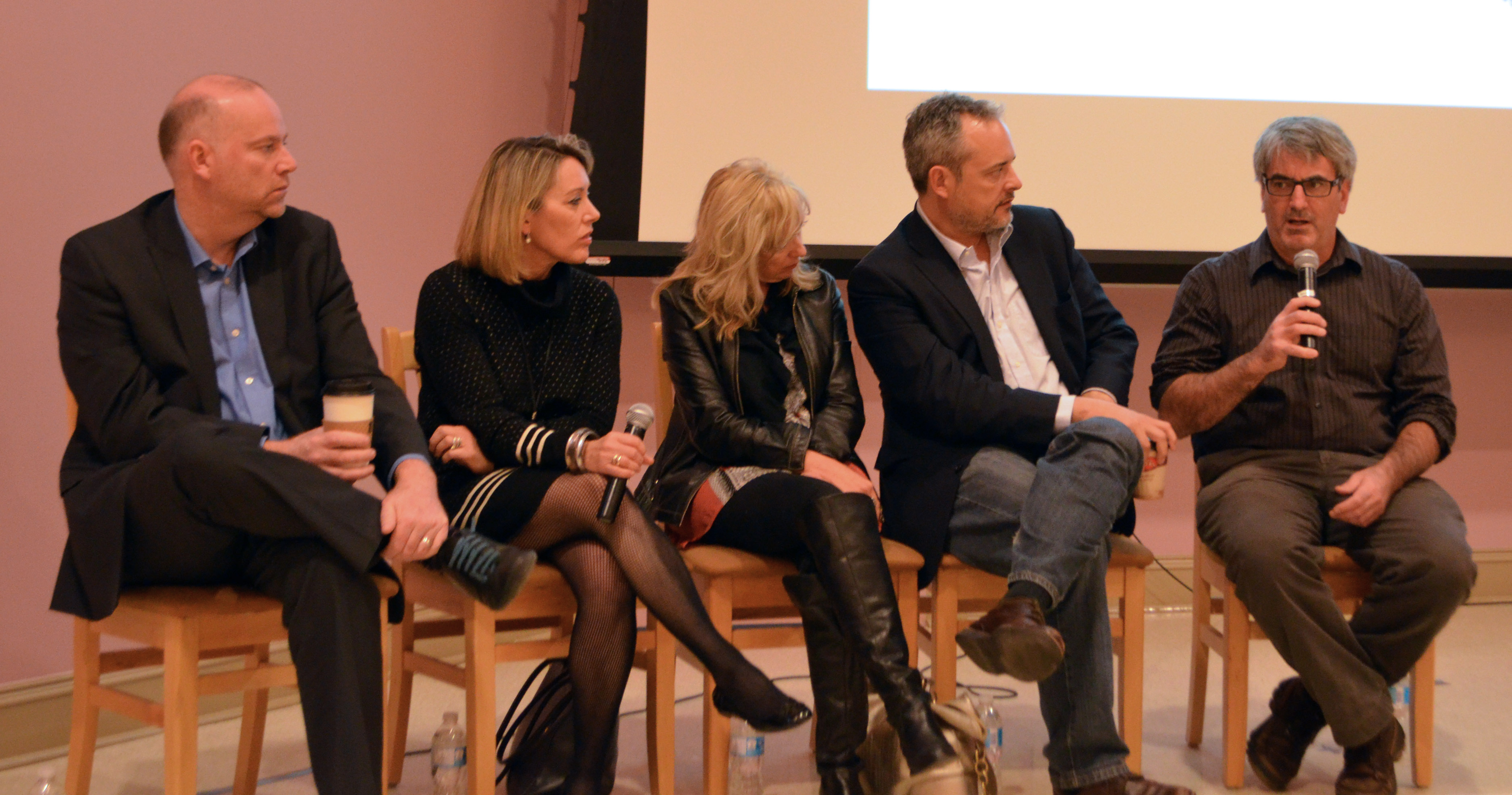 Tim Bousquet, far right, is worried about the future of journalism. (Photo by Dave Lostracco)

A group of award-winning journalists shared their cloak-and-dagger investigative tales at the 10th annual Joseph Howe Symposium. The Coast’s Tim Bousquet talked about how he took down Halifax’s former mayor.

“The world is not as pretty as it’s made out to be,” says Bousquet to a crowd of mostly young journalism students. “Cultivate a cynicism.”

Bousquet, the news editor for Halifax’s alternative weekly,  says it was his skepticism that led him to investigate former Halifax mayor Peter Kelly.

By following a hunch about Kelly, Bousquet discovered the then-mayor was abusing his role as the executor of a family friend’s estate.

In his article, “A Trust Betrayed,” Bousquet detailed how Kelly had improperly removed over $160,000 from the estate, put the money under his own control, and failed to give several charities the hundreds of thousands of dollars they were owed.

Bousquet says the information about Kelly’s mishandling of the estate was evident in public records for anyone to find, but no one had bothered to take a look.

After “A Trust Betrayed,” was published, Kelly announced he would not run for re-election.  The article won Bousquet the Don MacGillivray Award for the best investigative piece published in Canada. It also landed him on the shortlist for the Michener Awards for public service journalism.

Despite his own success, Bousquet is pessimistic about the future of investigative work.

Constantly the critic, Bousquet expressed his fears about the state of journalism in Canada.  “I don’t think things are going at all well for journalism.”

Bousquet says there aren’t enough journalists digging around. “I’m utterly convinced that we’re missing stories left and right. […] Journalism is revealing something about the world that somebody doesn’t want revealed.”

He also spoke about the importance of good old shoe-leather reporting, of pounding the pavement, knocking on doors, making calls and talking to people.

The symposium took place on Oct. 25 and 26 at University of King’s College. This year’s topic was ‘Investigative Journalism: Why it still matters’ and featured talks by the *Ottawa Citizen*’s Glen McGregor and *Postmedia*’s Stephen Maher. The two teamed up and broke the story on the misleading telephone calls in the 2011 election, dubbed the “robocall scandal.” Their coverage earned them numerous national journalism awards.