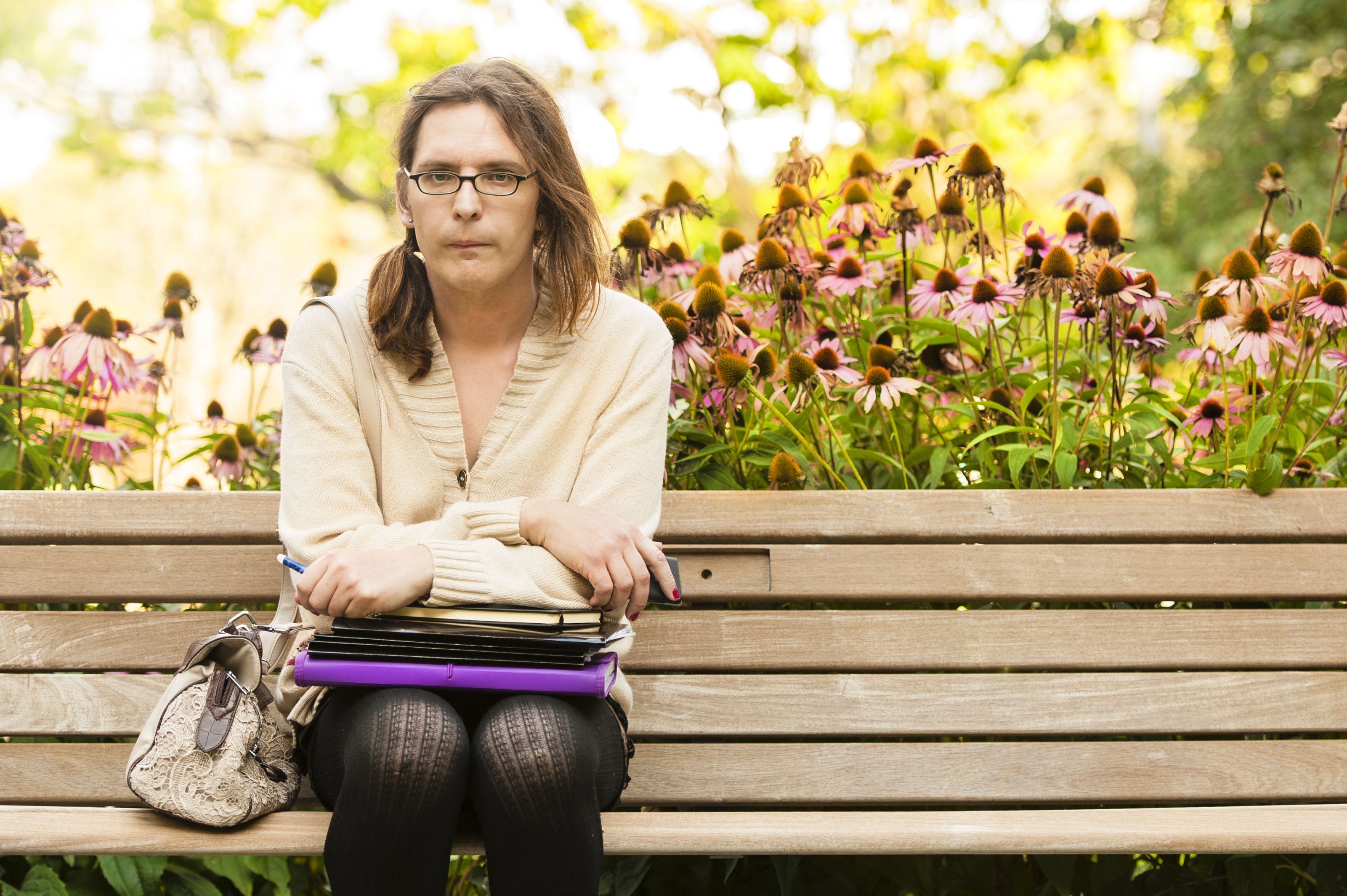 Jessica Dempsey is registering a human rights complaint against Aramark because she “ran out of options.” (Photo by Chris Parent)

A Dalhousie student plans to file a human rights complaint against Aramark after a series of episodes where she claims she was discriminated against because she is transgender.

Jessica Dempsey has decided to speak out after several complaints about her treatment from the university’s food service staff have not been addressed, she says.

Her complaints stem from an initial incident this July when an Aramark employee at Sheriff Hall reportedly mocked her when she told him her name. She had frequently eaten at the residence’s dining area when she went by a typically male name.

She says the cafeteria worker then retreated into the kitchen, came back and refused to serve her food.

But Dempsey claims the harassment has continued.

Last week, on Oct. 24, a different Aramark employee called Dempsey by her former name and asked if her breasts were real, a remark that made Dempsey uncomfortable.

“People think it’s OK to ask transgender people these inappropriate comments and it’s not,” she says.

Back in September, Dempsey says a cafeteria worker also used her former name.

The third-year management student with an undergraduate sociology degree understands that people may forget that her name has changed, but says these errors should have ceased after the sensitivity training. She is registering a complaint to the human rights commission because she “ran out of options.”

“It’s not my responsibility to educate everybody anymore,” she says.

Dal’s food service director did not return the Gazette‘s requests for comment.

Lisa DeLong, the university’s human rights and equity advisor, would not speak about individual cases, but she heard from Aramark that Dempsey’s most recent allegation occurred outside of the workplace, involving a conversation the student had with a known acquaintance.

DeLong added that Dempsey has no outstanding complaint with her office, but says she’s happy to assist if there are any concerns.

Dempsey says these hurtful events have affected her personal life as well as academically.

On top of the undue stress the alleged discrimination has caused in addition to the challenges of transitioning, Dempsey says it has impacted her studies. She dropped out of two of her three fall classes due to financial constraints. She also had to leave her apartment earlier this month because rent became unaffordable. Dempsey now lives in a shelter because she has nowhere else to go.

She is ineligible for student loans because of her poor academic standing. She has appealed the decision twice but was rejected.

Dempsey publicly came out as transgender for the first time last spring during a Dalhousie Student Union (DSU) election debate while running for VP academic and external.

A few days before her announcement on March 13, Dempsey received a questionnaire from South House inquiring about trans issues. She felt she could not answer the questions truthfully without telling people about her transition.

“I came out and it’s probably one of the best things I’ve ever done,” she says.

She is believed to be the first trans person to run in a DSU election. Dempsey finished second place out of three nominees, receiving 21 per cent of the vote.

Dempsey admits it has been difficult to transition while studying.

She underwent a real-life experience starting in January 2012, where she lived full-time as her preferred gender before hormone treatment was prescribed.

But after the summer, Dempsey took the men’s clothing out of her closet again. For a moment, she had given up on her dream to live as female. It was too hard, too stressful.

Dempsey had a miserable semester as she battled with who she really is. In January, she made her choice, deciding it was time to begin hormone treatments.

The life-changing experience has not been easy, evidenced by the alleged harassment, failed classes and lost funding, but she does not regret her choice.

“This is the first time I’ve been happy in my whole life,” says Dempsey, her smile radiant.

“And I am facing different struggles, but I’m not tearing myself inside anymore. When I look in the mirror, I see the person I want to be.”