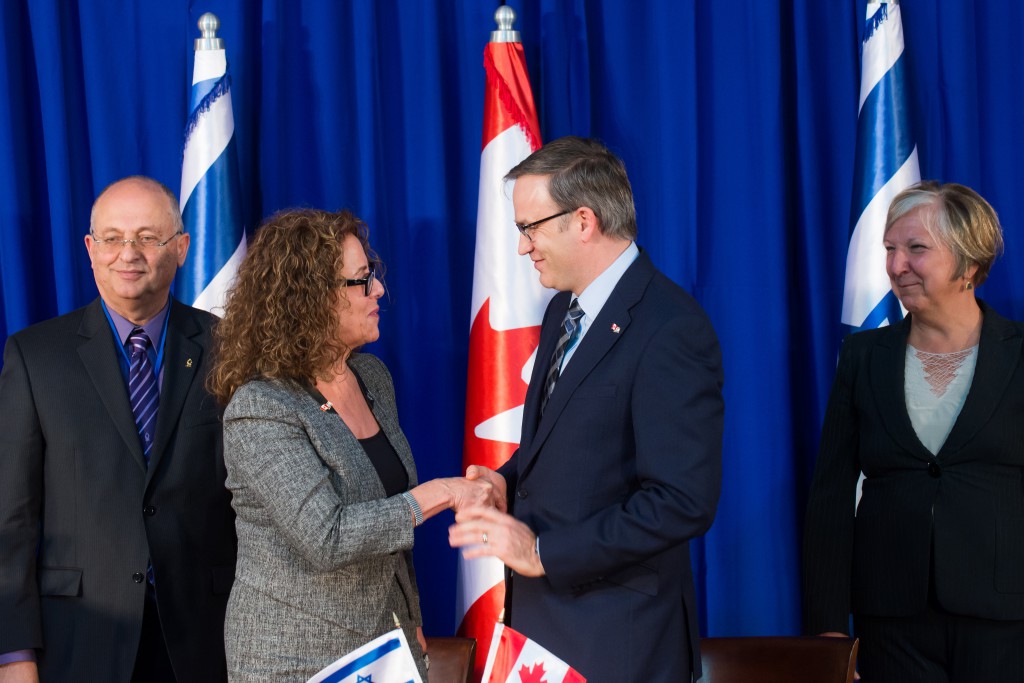 Dalhousie president Richard Florizone was in Israel earlier this month as a member of Prime Minister Stephen Harper’s Canadian delegation. During a press conference held by Israeli Prime Minister Benjamin Netanyahu, Florizone and Dal VP of research Martha Crago signed a memorandum of understanding specifying shared interests in oceanography between Dal and Ben-Gurion University in Eilat.

“The excellent science done by Marlon Lewis and other Dal ocean researchers, together with Seymour Schulich’s strong support and Martha Crago’s facilitation, has given great momentum and credibility to our partnerships with leading Israeli universities and research institutions,” said Florizone at the signing.

“Whether or not these two groups come together in Eilat, I think it’s a little early to say, but why not? It’s certainly a goal to make [Eilat] an accessible site for a whole wide range of folks,” says Lewis.

This joint endeavour could present domestic oceanography students with opportunities abroad and stands to improve our understanding of aquatic life,  a pursuit for which Dal oceanographers have a global reputation and aptitude.

The ultimate goal is to create an ocean studies centre in Eilat.

“Dalhousie and the greater Halifax area is one of the world’s top three places for ocean science,” says Lewis. “We attract graduate students from around the world in many departments based on the reputation for science Dalhousie has.”

Some members of the Dal community have expressed concern about Prime Minister Harper’s close presence during the signing. In a Gazette letter to the editor, MBA candidate Mary MacDonald wrote that Florizone’s presence is a tacit approval of the statements made by the Prime Minister.

Members of the Canadian delegation include Rev. Shawn Ketcheson of the Trinity Bible Church of Ottawa, who has made several Bible-based statements that homosexuality is wrong and unnatural. Of the 208 members of Prime Minister Harper’s accompanying party, a majority fell into categories of wealth management and commercial enterprise, including Gibralt Capital Corporation and Suncor Energy Incorporated.

In terms of the memorandum itself, it marks the early stages of planning a facility to be built in Israel and over time more details will emerge.