The anatomy of the NDP’s failure 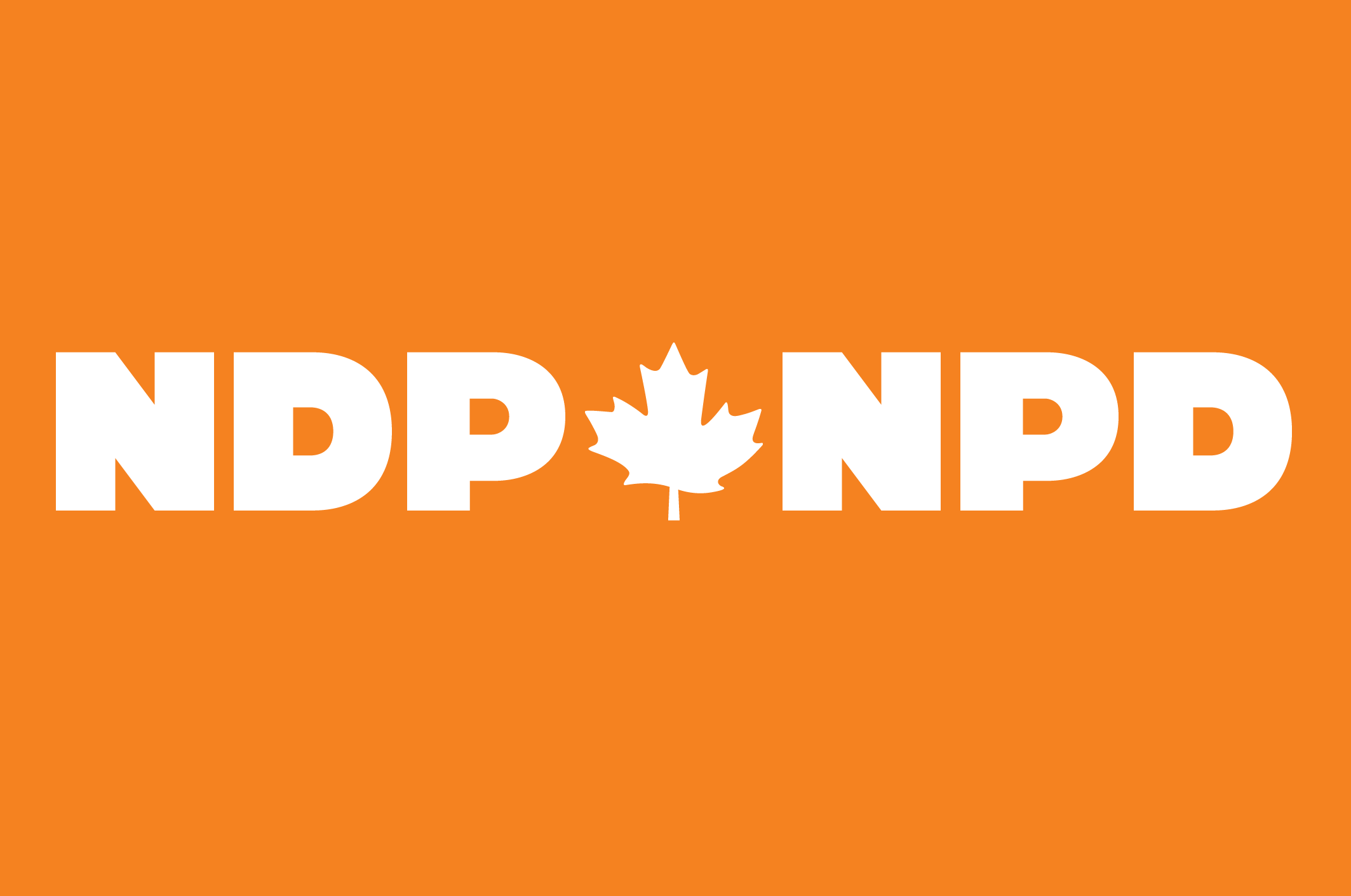 Just how bad was the Dexter NDP’s early-October defeat? Collapse may be too weak a word. Forget the office they lost, or the drop to third-party status. Forget the nearly 20 per cent of the electorate who turned away from them since 2009. Forget that their seat count was hit even harder, dropping from a commanding 31 to a quivering seven. Forget that the outgoing premier won’t be allowed to sit in the House.

Instead, consider the seats they managed to win.

Of the seven seats still under NDP control, not one of the candidates enjoyed even a six per cent margin of victory. In Chester-St. Margaret’s, Denise Peterson Rafuse squandered her 20 point cushion from 2009 and squeaked by with a less than 150 vote victory. In Sackville-Cobequid, Dave Wilson watched his 45 point victory in 2009 (65 per cent of the popular vote) dwindle to 85 measly ballots.

But what can explain such a thorough dismantling of a governing party? After all, this government covered the cost of insulin pumps, steadily increased the minimum wage, expanded daycare and established Arts Nova Scotia—among other laudable accomplishments.

Polling data indicates that those who “tried out” the party in 2009 shifted to the Liberals, while core NDP support remained more or less steady. But that doesn’t tell the whole story. That story being a cautious, centrist Darrell Dexter ran a neo-Liberal government exactly the way he planned, and it alienated the supporters he counted on.
Dexter’s New Left

That Premier Darrell Dexter favoured a centrist approach to social democratic reform was not an accident. The man who called himself a “conservative progressive” never hid his preference for cautious governance. This was not limited to the leader—it permeated the party.

Jared Wesley and Michael Moyes of the University of Manitoba have written a yet unpublished paper called Selling Social Democracy: Branding the Political Left in Canada. It traces Dexter’s plan for governance back to Gary Doer in Manitoba, and ultimately back to Tony Blair’s New Labour in post-Thatcher Britain. This model involves a slow buildup of support based on a shorter, more cautious platform while disassociating the party from its more radical legacy. It’s designed to remove the scare factor from a left-leaning party by considering all angles of party perception. As Dan O’Connor, the former premier’s chief of staff told the authors, “there are no sacred cows.”

This pragmatic approach has proven to work. Blair ended 18 years of conservative government in the U.K. with his New Labour party. Doer, meanwhile, slowly transformed a party fresh off monumental rejection in the 1988 election into “Today’s NDP,” accompanied by a decade in the Premier’s chair which the party still holds.

Success with this plan requires a delicate balance of pragmatism to woo swing voters while maintaining enough traditional ideology to keep the party base engaged. If Stephen Harper’s political success has taught Canadian politics anything, it’s the importance of an energized base.

When Dexter took control, trying to remove people’s fear of the NDP  was a must. Peter Butler is a professor emeritus at Dalhousie University who has spent years conducting public opinion polls in Nova Scotia. When polling for the Progressive Conservatives prior to 2009, he often asked the question, “Does the prospect of an NDP government scare you?”

The answer was, consistently, “yes.” In 2009, the PCs used this in their playbook, creating a website called “Risky NDP.” As Butler says, “I would have thought that the first thing he [Dexter] would want to do is show people, you know, we’re not scary. And that, of course, is what he did.”

This pragmatic approach is nowhere clearer than in the party platform. The NDP cut down a 100-page, 71 idea platform in 1999 to a four-page, seven commitment document in 2003. By 2009, the party platform was a two-page leaflet including vague—vague but costed—promises such as “live within our means” and “create secure jobs.”

Louise Carbert, political science professor at Dalhousie was not surprised by Dexter’s governance based on her observation of previous NDP election cycles.

“I don’t think they turned out any more to the centre than I expected them to be,” she says.

The government inherited a faltering health care system, a stagnant economy, decaying labour industries in rural Nova Scotia and a broken-with-no-easy-fix electricity dilemma—all of which they knew or should have known. Additionally—as if the situation was not unfavourable enough—they were rocked with an expense scandal that disproportionately fell on the government despite the involvement of all three major parties. They were not set up for success.

The swing vote: Red is the new orange

Still, a government in Nova Scotia hasn’t been held to only one mandate in 131 years. What made this one different? A major reason was the NDP’s massive failure to retain those who are traditionally uncommitted to a particular party.

David Coletto, founder and CEO of Abacus Data, says the NDP lost the election, “not because it was a Liberal-lite party, but because it wasn’t what [the voters] expected.”

Butler agrees. “The electorate looked,” he says, “and said ‘well, what’s different about them? They’re behaving just like everybody else has done.’”

The roots of this perception are easily exposed. $304 million to the Irvings in forgivable loans, lower corporate tax rates, investment in old-economy pulp-and-paper jobs, $65 million in education cuts and a broken election promise to not raise the HST played unfavourably with the swing voters whose supposed anxieties Dexter hoped to soothe. A party traditionally associated with high ideological standards misplayed their hand by ostensibly abandoning them.

The party was too focused on “what we need to do to get reelected” to ever truly govern, says Chris Majka, a long-time rank-and-file member of the party.

With these factors alone, though, a more resilient government may have been able to bounce back. Governments have come back from worse: so why the monumental collapse? Coletto suggests the NDP’s party’s identification outside of Halifax was too weak—people historically don’t see themselves as NDP, which helped contribute to the weak party organization outside of the big city. Voters who didn’t have a personal connection to the NDP were likely to wonder why they should support a party whose sameness had become apparent.

Beyond the swing vote, though, the party base was dejected. Sure, they still came out to vote, but they didn’t do much else.

Sitting this one out

Silver Donald Cameron—a journalist, author and political activist who has been closely associated with the party for nearly four decades—opened his doors to a canvasser in September. For the first time he told them, “No, I will not put up a sign.” He would not canvass, he would not become a poll captain—all he would do was vote. “And this was the experience right across the province—even the canvassers I spoke to agreed they were reluctant to be there.”

The problem for Cameron was not the cautious approach—“conservative progressive” came as no surprise. “I just don’t think I ever saw the progressive,” he says.

“Imagine, opposing parties are saying get rid of this government to end corporate bailouts, and it’s an NDP government.”

The unwavering dedication to a balanced budget and spending cuts angered the base. This sentiment is summarized by a June 2012 letter written by Lars Osberg and Molly Hurd and signed by 59 party members. It asked, on behalf of “supporters who have worked for, and donated to, the NDP through many past elections,” why they should continue to support the party. “Because we are now trying to see the point.”

The letter spells out the government’s record of tax rate pledges, spending cuts to education and health care, and, of course, corporate loans. It ends with the question: “If the NDP is not a party of change in Nova Scotia, why should those who want change support it?”

The government may have kept the core vote, but they lost large swaths of their support.

So, the government fell. Was the electorate more prepared for a true social democratic government than Dexter thought? Did a party founded on new ideas run out of them? These are the questions the party needs to answer.

The critical question, as Cameron asks: “is there a reason for the party to exist?”

In the short-term, voters decided there is no reason for the party as it stands today.

In the long-term, party establishment must set priorities for what will be a slow return to credibility. First and foremost, their focus has to be on re-establishing the base. If they hope to continue down a centrist path, Cameron says, “What you will see is the departure of its core members in droves.”

If the party decides the centre is the quickest way to win government, they will see people like Cameron, Majka and the 59 signees of the letter tact left—an opportunity the Green Party won’t let slide. If the New Democrats shift left, they’ll face the same old questions that have historically badgered the party magnified by a poor record in government.

There is no easy way back from this collapse, and it will take serious and honest inquiry to find the right path. When or if they find it remains to be seen.